Sources say the new possible dates for the festival are September 30 through October 3. 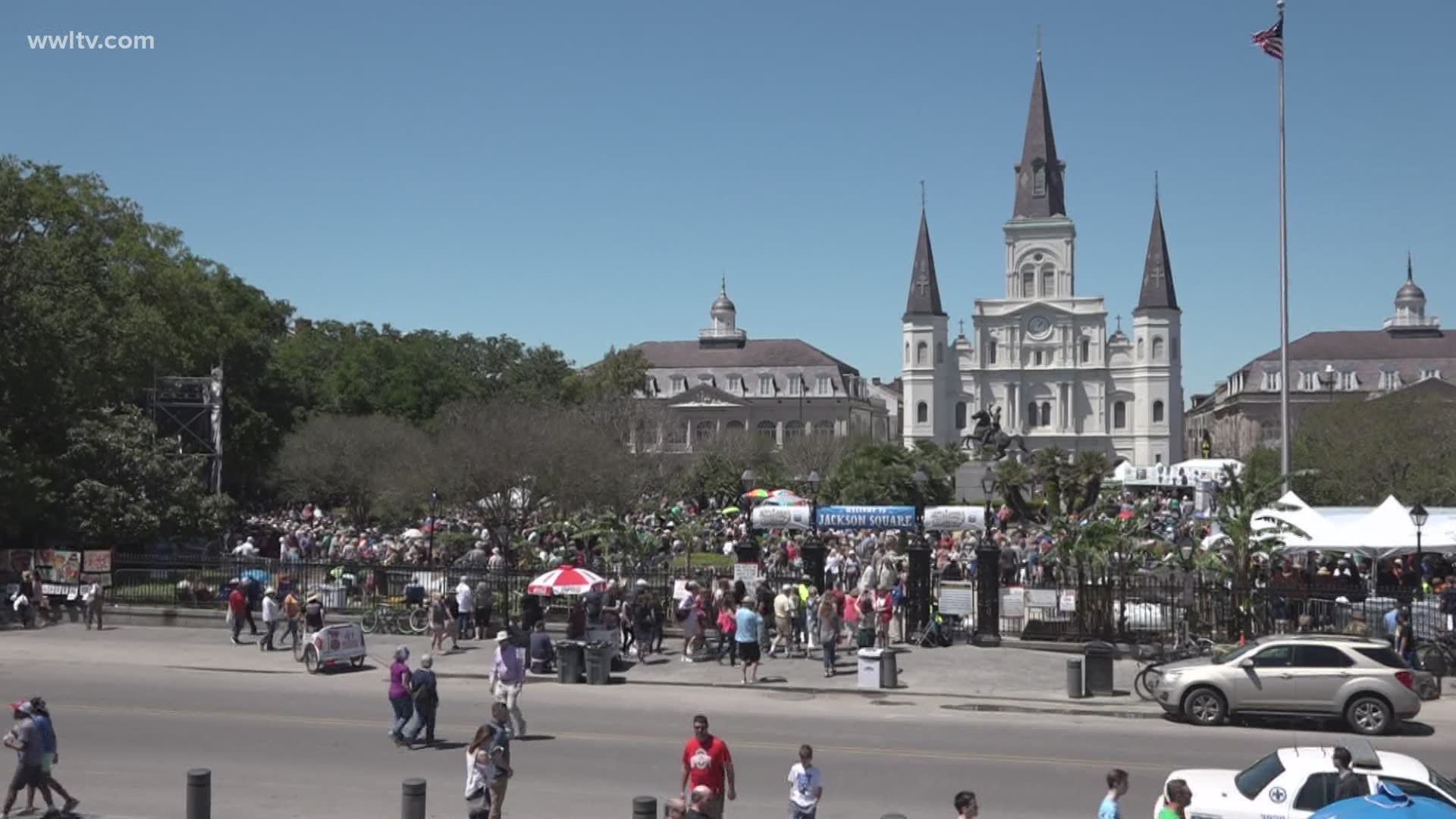 NEW ORLEANS — VIDEO NOTE: The video above is from the city's announcement this week about a rollback in reopening from COVID.

With new Coronavirus cases surging in New Orleans, the French Quarter Festival is now expected to make a major announcement next week.

Multiple sources tell WWL-TV, the French Quarter Festival which attracts about 800,000 visitors to the city every April, will be shifting from its normal springtime slot to fall this year.

The event, which bills itself as "the world's largest showcase of Louisiana music," was supposed to run from April 8 through April 11. Sources say the new possible dates for the festival are September 30 through October 3.

A spokeswoman for the festival declined to comment at this time but confirmed a possible announcement as early as next Thursday.

The 2020 French Quarter fest was first postponed until fall, then cancelled altogether.

Miguel Barrosse is a veteran sound and staging provider in New Orleans. He is not surprised the festival is moving to the fall. Barrosse said by now, he would have been involved in advance planning for the upcoming festival season.

“I’d be advancing shows with the bands that would be at French Quarter Fest and Jazz Fest and we’d be renting trucks, manning up crews, looking for more people,” Barrosse said.

Barrosse has been laid off for the past nine months and he was looking forward to getting back to work this spring.

“It’s a real gut punch for the industry and for myself and lots of my coworkers and friends, but it’s what has to be done I suppose,” Barrosse said.

Currently, New Orleans is at a critical point in the pandemic. Friday the city moved back to a modified Phase One. With that, restaurants, stores, and other businesses went back to 25 percent capacity. Bars will stay closed under state restrictions, but still be allowed to do outdoor service. Gatherings are now restricted to people in the same household.

Times-Picayune | New Orleans Advocate music and entertainment writer Keith Spera said it’s not likely large festivals can or will be held in the city this spring.

“Nothing is official until the festivals say it is, but based on the circumstances, based on where we’re at, based on everything that goes into these festivals, despite the wishes of many music fans and musicians who want to get out there and play and enjoy some live music it just doesn’t seem like this spring is going to happen,” Spera said.

Spera also notes many logistical challenges need to be overcome before the festivals can be held.

“It’s a months-long process to put these festivals together,” Spera said. “By a normal year at this point, it pretty much would all be locked in. The bands would be booked, the vendors would be booked, and everybody would know what’s going on.”

The New Orleans Jazz and Heritage Festival could also shift to this fall. A spokesman for the annual late April, early May event at the New Orleans Fair Grounds said he had nothing to announce at this time.

That festival which draws hundreds of thousands of visitors to the city over two weekends also cancelled last year’s event.

“Jazz Fest typically announces it talent lineup the third week in January,” Spera said. That’s coming up. That would make sense for them to say whether or not it’s going to be in the springtime or in the fall, around that timeframe.

For people who work the festivals like Miguel Barrosse, they are now hoping what could be a quiet spring leads to a very busy fall.

“The best thing that we can do is be prepared for it when it does happen,” Barrosse said. “As of now, we’re looking at October, the October time.”