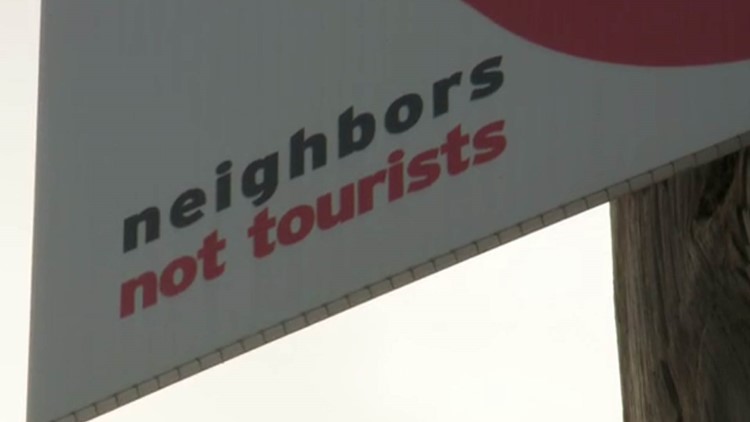 NEW ORLEANS (AP) — A prohibition on "whole-home" vacation rentals such as those arranged online by Airbnb moved closer to reality Thursday in New Orleans.

Homeowners in the tourism-dependent city could still rent out part of their property to vacationers — if the owner lives on the property and remains present while the short-term renters are there. But whole-house rentals of otherwise empty houses would be forbidden under the proposal, which addresses complaints that outside investors have bought up homes for vacation rentals, driving up property values and taxes and driving out full-time residents.

Thursday's vote triggers studies and hearings by the city's planning commission that could result in amendments to Palmer's measure. Final action is expected in the spring.

Opponents of the restrictions said they amount to pulling the financial rug from under people who followed the rules and invested in property in hopes of supplementing their income with tourist money. Carley Sercovich was among nearly two-dozen demonstrating outside City Hall during Thursday's council meeting, where debate on the issue lasted more than four hours. She said she's from an area that doesn't draw as many tourists as other areas.

"So the only way that an entire neighborhood ... can get a piece of the pie when it comes to the tourism, the billions of dollars that are brought in, is to do short term rentals," she said.

Some opponents cast the issue as one of gender and racial equity. Civil rights attorney Traci Washington said the proposals will cut into her family's income.

And a young mother with a child at her side told the council she depends on income from her short-term rental property. "Women of New Orleans are dependent on the sharing economy to raise our families," she said.

But a series of residents testifying at Thursday's hours-long meeting appeared to be in favor of strong restrictions.

Among them was longtime resident Joyce Jackson, who said short-term rentals have vastly altered her street near historic Esplanade Avenue. "On my street where I live, there are just four of us old-timers left," Jackson said.

Echoing an often repeated complaint that short-term renters are sometimes noisy and disrespectful to residents, Jackson also lamented a diminishing number of families in her neighborhood. "We also need our communities to be communities of children."

Some residents testified that they either have been evicted or expect to be as a result of landlords planning to convert affordable rental units into more lucrative vacation destinations. Andreanecia Morris of the Greater New Orleans Housing Alliance said short-term rental regulations must be addressed to address an affordable housing crisis in the city.

Council members passed a resolution calling for the planning commission to look into carving out economically moribund areas where whole-home rentals might be allowed. And members discussed a possible "grandfather" proposal allowing investors with existing licenses to keep renting properties they don't reside in. But it was unclear whether either idea would be deemed workable.

Palmer's proposal also calls for establishing categories and regulations for various sizes of buildings in commercial areas. And the planning commission is to study ways that the regulations regarding short-term rentals in commercially zoned areas could be used to encourage development of affordable housing.

This version eliminates a quote that was mistakenly attributed to Andreanecia Morris.