“Thirty days, that's our objective at this moment to get this stuff cleaned up. Frankly, I view it as much shorter than that.” 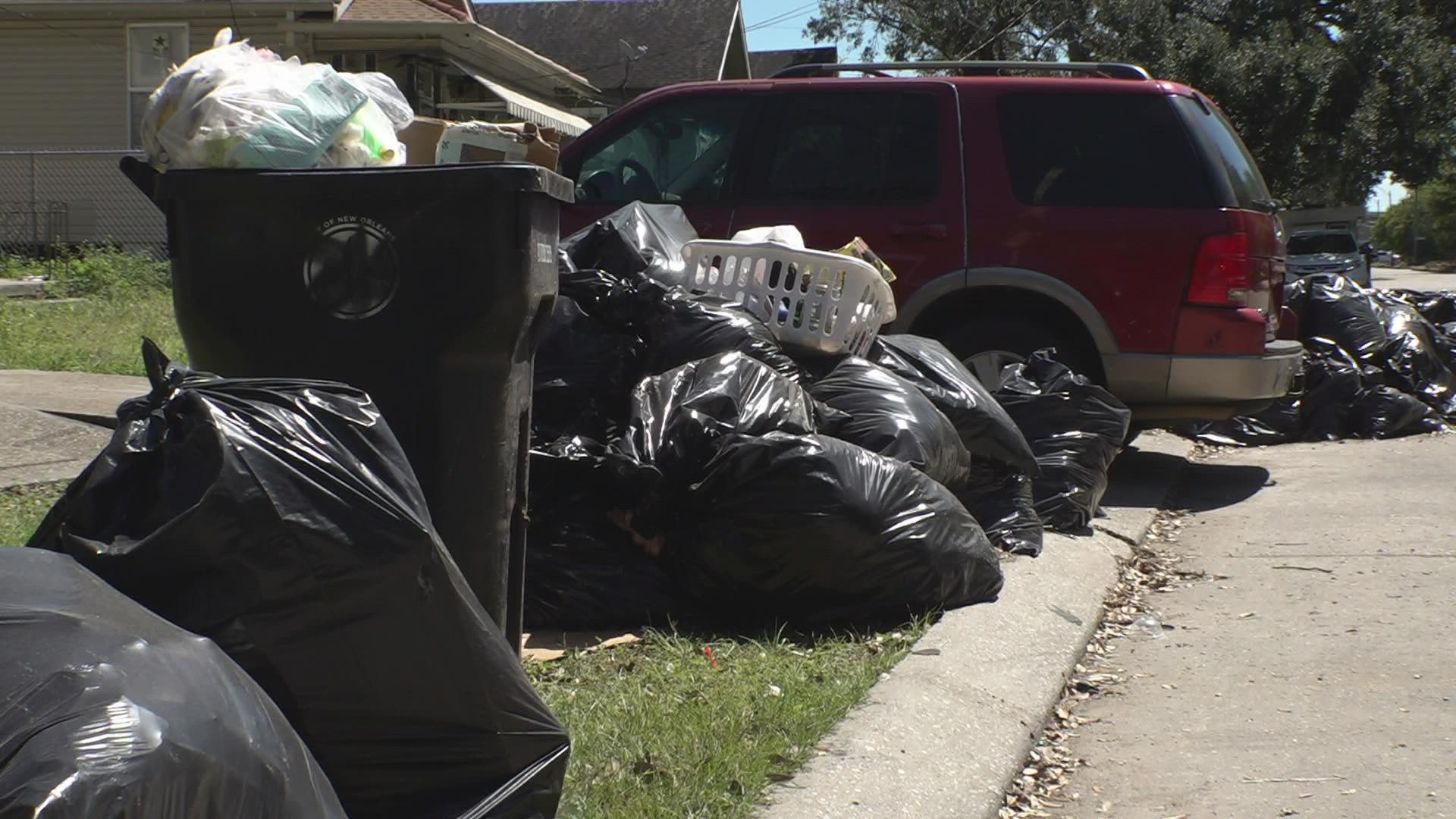 The Waste Management transfer station -- where trash can be dropped off before going to the dump — will be open for 90 days as part of a new plan to try to rid the streets of rotting refuse.

It’s now one of two operating in the city.

It's also part of a new plan Mayor LaToya Cantrell announced Thursday to try to get a grip on the growing garbage problem. While Cantrell said she was signing four new contracts — worth $20 million — the deal actually modifies two existing contracts.

Ceres Environmental will now be able to haul storm debris and garbage. Its prior contract was only for debris removal.

Witt O'Brien's, a disaster management company, had its contract amended also. It will now monitor Ceres as it works to clean up the city.

“One thing through ‘Operation: Mardi Gras,’ we've been picking up trash without garbage trucks. And we're learning how to do that a little more efficiently,” Green said. “When we look at Ceres, they're not real garbage trucks. That's front-end loaders, dump trucks, sweepers, and trying to figure out, OK, we don't have access to garbage trucks, but what's another way we can do this as effectively as possible?”

Eventually 35 Ceres crews will be on the streets.

River Birch will have 20 garbage trucks to help with trash pick-up Saturday and Sunday in service area 2, which includes everything from New Orleans East to Lakeview.

City Hall hopes to have major progress done within 30 days.

“I mentioned wanting to get some subsidy relative to FEMA. So we have to work in the defined scope and timeline associated with that,” Mayor LaToya Cantrell said.

“Thirty days, that's our objective at this moment to get this stuff cleaned up,” Green said. “Frankly, I view it as much shorter than that.”

A deadline many people hope the City will meet.