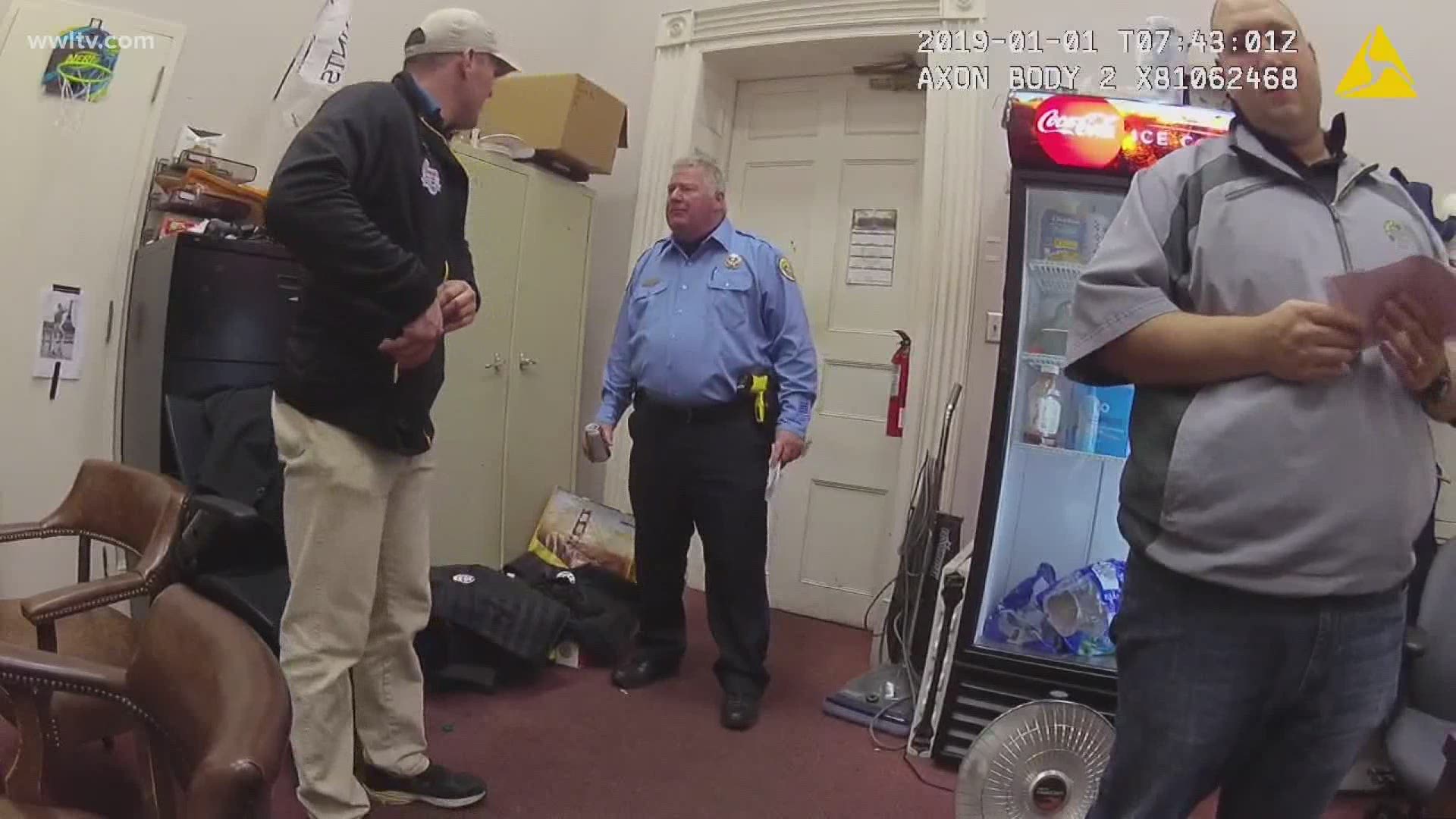 Not only did Ferguson disband all proactive district task forces, he transferred the commander of those units, Deputy Chief of Field Operations Paul Noel.

But the most explosive announcement was the criminal investigation of four task force officers who were overheard on a police body cam video.

“We will own any and all shortcomings we may have and use this as an opportunity to continue to learn and improve,” Ferguson said at a press briefing.

The video in question starts with task force officers escorting a handcuffed suspect – Radon Ray – following his arrest on suspicion of illegal carrying of a weapon and possession of marijuana.

Everything appears to be going by the book until the officers huddle inside the Eighth District Police Station.

Once Ray is dropped off into a holding area, the arresting officers – Samuel Senter and Jordan Sherr – engage in a conversation with senior task force officer William Knowles.

“Let's circle up for a second,” Senter suggests.

From there, Knowles appears to suggest how his colleagues should write their police report, particularly the justification for searching Ray.

“Where was the gun?” Knowles asks.

“I think the public should be as troubled as I am,” Ferguson said “It is important that the New Orleans Police Department be transparent and proactive addressing these issues.”

Ferguson said the officers in the video have been reassigned to desk duty while the matter is investigated by the Public Integrity Bureau.

“This blemish was just brought to our attention this past weekend and we have to take a deeper look into what it is they were doing and were there some unconstitutional practices that were displayed from what we were seeing on that video,” he said.

The video was obtained by The Times-Picayune/The New Orleans Advocate as it delved into the crumbling case against Ray, whose attorneys contested the search as illegal.

The officers, including Jason Collins, not seen in the video, are represented by attorney Donovan Livaccari of the Fraternal Order of Police.

Livaccari said he is confident the officers will be cleared of any wrongdoing once the investigation is complete. He said the video merely captured a senior officer giving solid instruction to his less experienced colleagues.

Ferguson said Noel’s transfer was not related to the criminal probe or the broader concerns about task force officers, but he emphasized that all the moves were made with any eye toward fulfilling the city’s ongoing federal consent decree to ensure Constitutional policing.

Ferguson said a review of task force operations has been under way for some time, both internally and by the outside consent decree monitors.

“I was troubled by the findings of a preliminary audit by the federal consent decree monitor,” he said. “That audit suggested inadequate supervision of our district-based task force units. That was exacerbated by a disturbing video that came to our attention appearing to show misconduct by the officers assigned to the Eighth District Task Force.”

The overhaul has the backing of Mayor LaToya Cantrell ahead of the announcement, said Tenisha Stevens, Cantrell’s criminal justice coordinator.

“On behalf of Mayor Cantrell and the administration, we fully support the decisions by Chief Ferguson to make sure the New Orleans Police Department is operating at its best capacity,” Stevens said.