Superintendent Shaun Ferguson apologized for incorrect information that he gave out, saying that is what he was told at the time. 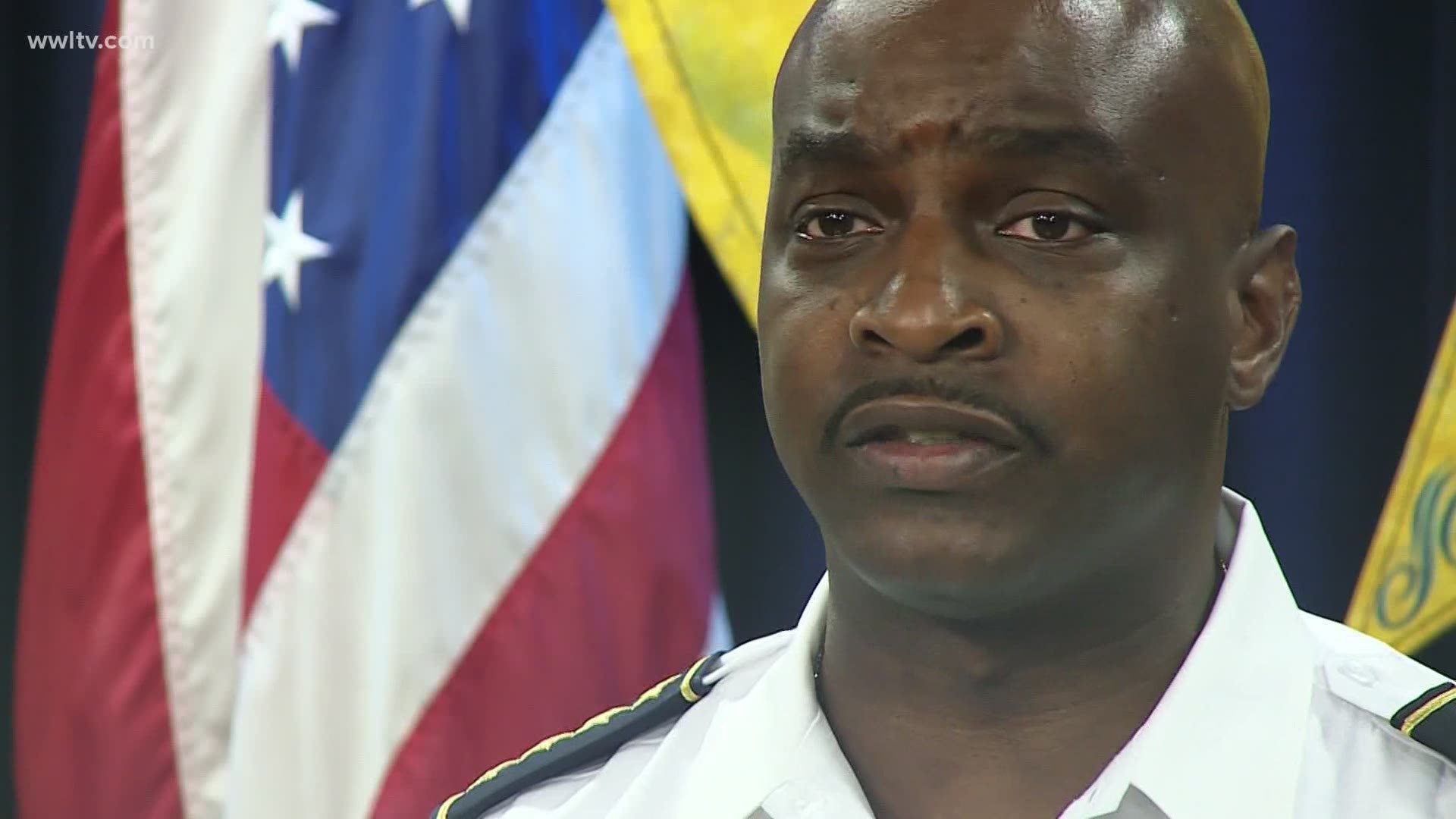 NEW ORLEANS — Some officers in the NOPD did use what Superintendent Shaun Ferguson referred to as "rubber balls" in addition to tear gas to disperse a crowd of protesters atop the Crescent City Connection last Wednesday night.

Ferguson apologized for the misinformation that he gave the media as he was adamant the next day that his officers used gas only and no other deterrents to the crowd, which tried to push its way past officers to cross the CCC. He said an investigation has begun and that punishments ranging from reprimands to suspensions or termination are possible.

"I acknowledge and want to make a formal apology to our citizens. I received information that we deployed tear gas and tear gas only," he said. "That was the information I had at the time."

Ferguson said that some members of the Special Operations Unit did use the rubber balls, that Ferguson said have the goal of dispersing a crowd. He said the use of those balls was not approved by the commanding officers on the scene - Captain Bryan Lampard of SWAT and Captain Lejon Roberts.

It was the only physical encounter between police and protesters so far in New Orleans through more than a week of protests highlighting the death of George Floyd at the hands of Minnesota police and the deaths of other black men and women in encounters with police over the years.

Ferguson said he does not want these actions to define the NOPD, which has been a shining light in the protests across the country.

"Do not let this one unfortunate incident or encounter define our organization," he said Monday afternoon. "We had major organizations (from around the country) coming to our city to see what we're doing right."

1 / 21
Lee Hedgepeth
Tear gas was apparently used by NOPD officers on the protesters on the Crescent City Connection.

Ferguson repeated that his organization and he personally support the protests against police brutality against people of color.