The mayor hashtagged the French Quarter and Bourbon Street and showed a photo reminiscent of the "shutdowns" of the famous partying street at midnight on Mardi Gras. 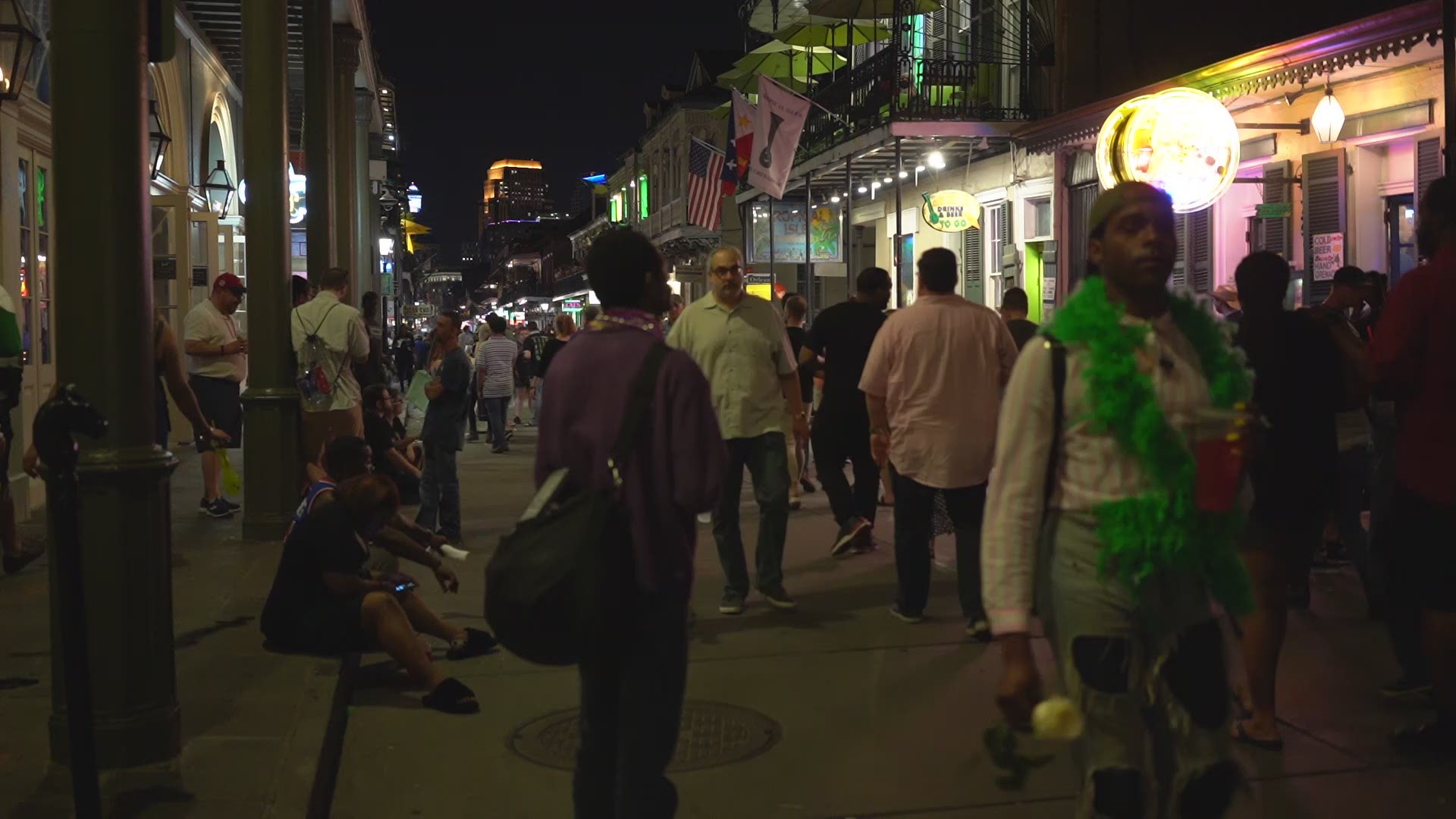 In a move that seems to indicate crowds were being dispersed in the city's French Quarter and Bourbon Street, New Orleans Mayor LaToya Cantrell tweeted that the NOPD was continuing to "enforce the ban on large gatherings all over the City."

She hashtagged the French Quarter and Bourbon Street and showed a photo reminiscent of the "shutdowns" of the famous partying street at midnight on Mardi Gras.

The move seemed to be confirmed by several tweets from people saying that the police had just shut down the street, including one that showed two police cruisers, side-by-side, with sirens on and lights flashing.

While it appeared to be a show of strength, the crowds seemed to merely move to the side and continue on their way.

The move comes amid a roar of disapproval on social media as the awareness of both the coronavirus and just what school closures, sports and festival closures and social distancing is going to mean.

Social media was ablaze Friday and Saturday night with people criticizing the crowds on Bourbon Street as being selfish in the face of the crisis, with the prevailing opinion - at least of those posting  - being that the longer it takes to cut off large crowds, the longer the virus will spread and the longer the restrictions and life disruptions would be in place.

Louisiana is already the fourth-highest state in per capita number of cases of the coronavirus, according to a New York Times map, and that's with the state only having had cases reported since Monday.

The five days since the report of the first case seem almost like a month ago as the news unfolded at rapid fire pace with cases jumping from 1 to 3 to 6 to 13 and so forth - at 77 as of Saturday and expected to continue to grow.

Since Monday the state has recommended common sense precautions like washing hands and coughing into sleeves and then quickly escalated to cancelling some of its most revered festivals, shuttering on campus classes at universities, totally shutting down its elementary and high schools and now, seemingly, strictly enforcing the ban on large gatherings by shutting down a large St. Patrick's Day celebration on Magazine Street, warning against a possible off the books celebration of Super Sunday - a popular Mardi Gras Indian event that draws huge crowds, and now the policing of large crowds on Bourbon Street.

Grocery stores are crowded with people who empty the shelves in anticipation of even more restrictive orders around movement and shorter hours and limited supplies.

Saturday night's show of force in the French Quarter, effective or not, seems to indicate that the situation around one of the biggest coronavirus outbreaks in the nation is nowhere near settled.