According to officials, the Mother-in-Law Lounge contributed to "major problems" in the area. 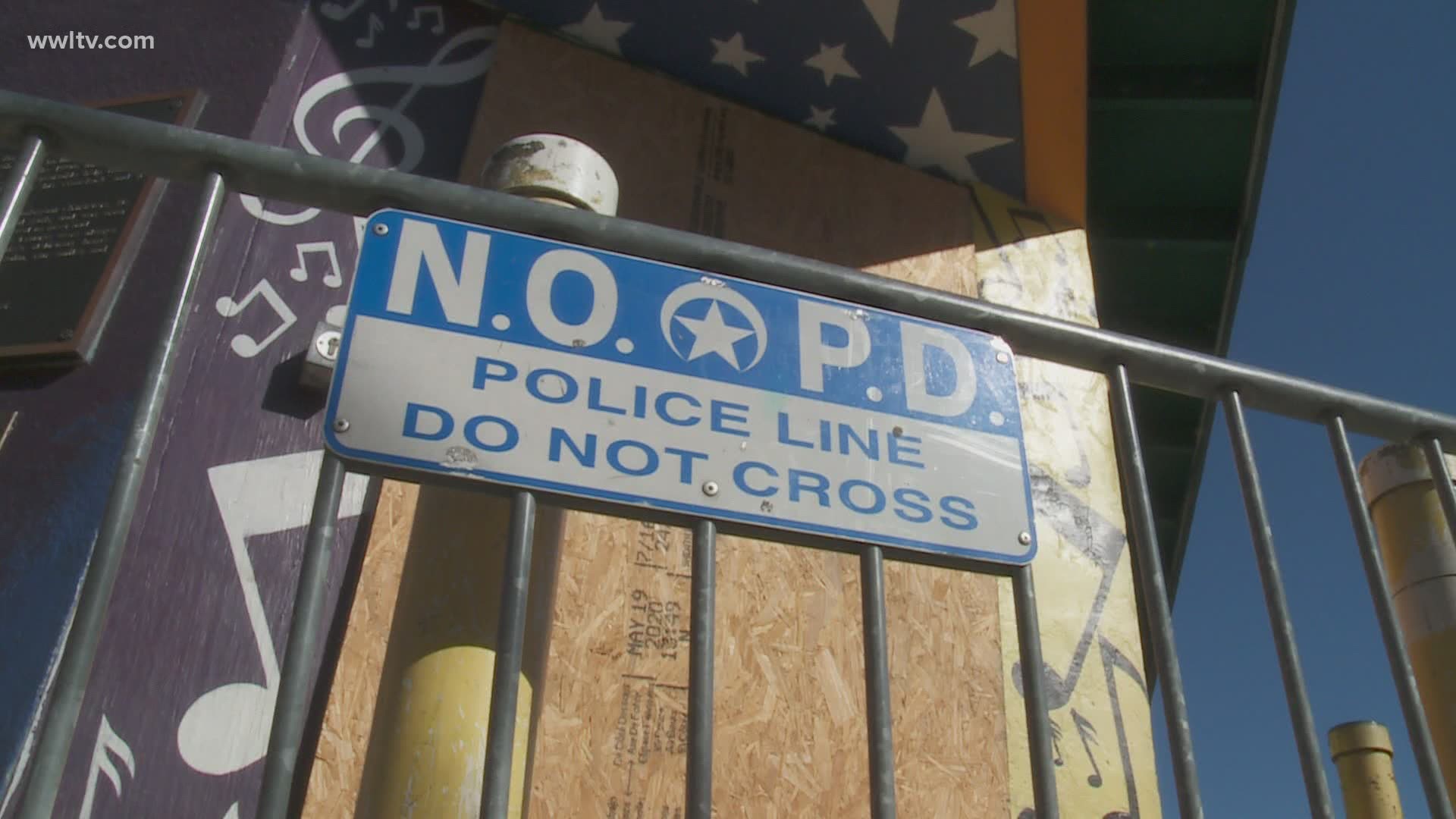 NEW ORLEANS — The City of New Orleans has shut down Treme's Mother-in-Law Lounge after they say the bar ignored "repeated calls and warnings" that they were violating city ordinances.

According to a spokesperson from City Hall, Kermit Ruffin's bar had been operating as a bar and selling alcohol without the proper license, violations of the current restrictions put into effect to slow the spread of the coronavirus.

"After ignoring repeated calls and warnings to stop violating the rules and guidelines relative to the opening of bars, the owners and management of these venues, left us with no other options, but to immediately shut them down by means of formal legal notice, i.e.. cease and desist orders," the spokesperson said.

The city also shut down The Gallery, located one block away. Notices on the door state that electricity will be turned off if there’s another large event held at the building. The notice also says that the business is operating illegally and out of code in the building, and regularly exceeds fire marshall occupancy guidelines.

Both businesses, the city tells Eyewitness News, contributed to “massive gatherings” of people under I-10 along North Claiborne Avenue.

Last week Tracey’s Irish Channel Bar was closed for two days after receiving similar notice and had to show procedures and plans to the city to reopen.

The city’s memo to Mother in Law Lounge say that it will also have to provide its official plans to the city in order to reopen.

Kermit Ruffins declined our request for comment. The Gallery did not immediately respond to messages requesting comment.

RELATED: New Orleans won't move into Phase 3 all at once, Mayor Cantrell hints