City leaders say the mission of the group will be to identify places in New Orleans that honor white supremacy and rename them over the course of a year. 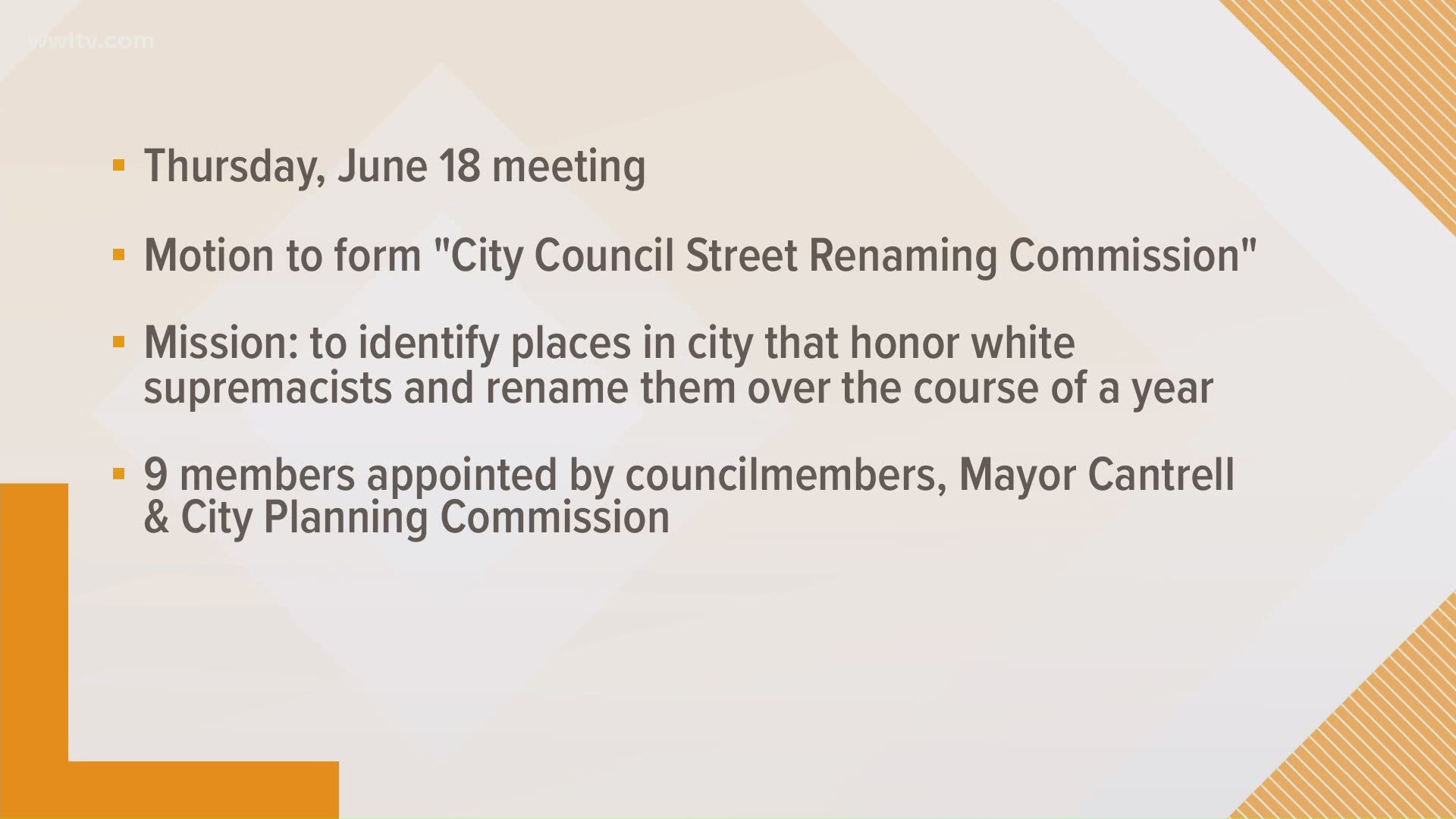 NEW ORLEANS — The City Council of New Orleans is continuing their efforts to cast down controversial historical figures in the wake of national unrest over racism and police brutality.

Councilmembers have announced their plans to form a committee that will be dedicated to renaming streets, parks and any places in New Orleans that "honors white supremacists," specifically those with ties to the Confederacy.

On Thursday, June 18, the city council will introduce a motion to establish the "City Street Renaming Commission."

The group will consist of nine members appointed by each councilmember, Mayor Latoya Cantrell and the City Planning Commission. All members will have knowledge of the history and geography of New Orleans.

The group will be tasked with identifying places to be renamed and create a plan to educate the public on the changes made.

The move comes three years after the previous administration, under former Mayor Mitch Landrieu, made national headlines for its removal of four monuments, most notably the statue of Confederate General Robert E. Lee at Lee Circle.

A fiercely contested issue, advocates for the removal of statues said they wrongly celebrated a failed insurgency that fought to preserve slavery and white supremacy. Those against the removals said they represented history, not hate, and were a part of the city's fabric.

Regional Transit Authority Vice Chairman Mark Raymond, Jr. started an online petition to strip Jeff Davis’s name from the parkway. Davis was the president of the Confederate States of America.

Raymond is now calling for the name of the street to be changed to the Norman C. Francis Parkway. Francis served as the president of Xavier University for nearly 50 years.

RELATED: Jefferson Davis Parkway could be renamed for Norman Francis

ALSO: S&WB lost key source of power during storms - 'It was more rain than our system could handle'