“Our method is park, pin, pop. So park your car, pin the location, and pop your gas tank." 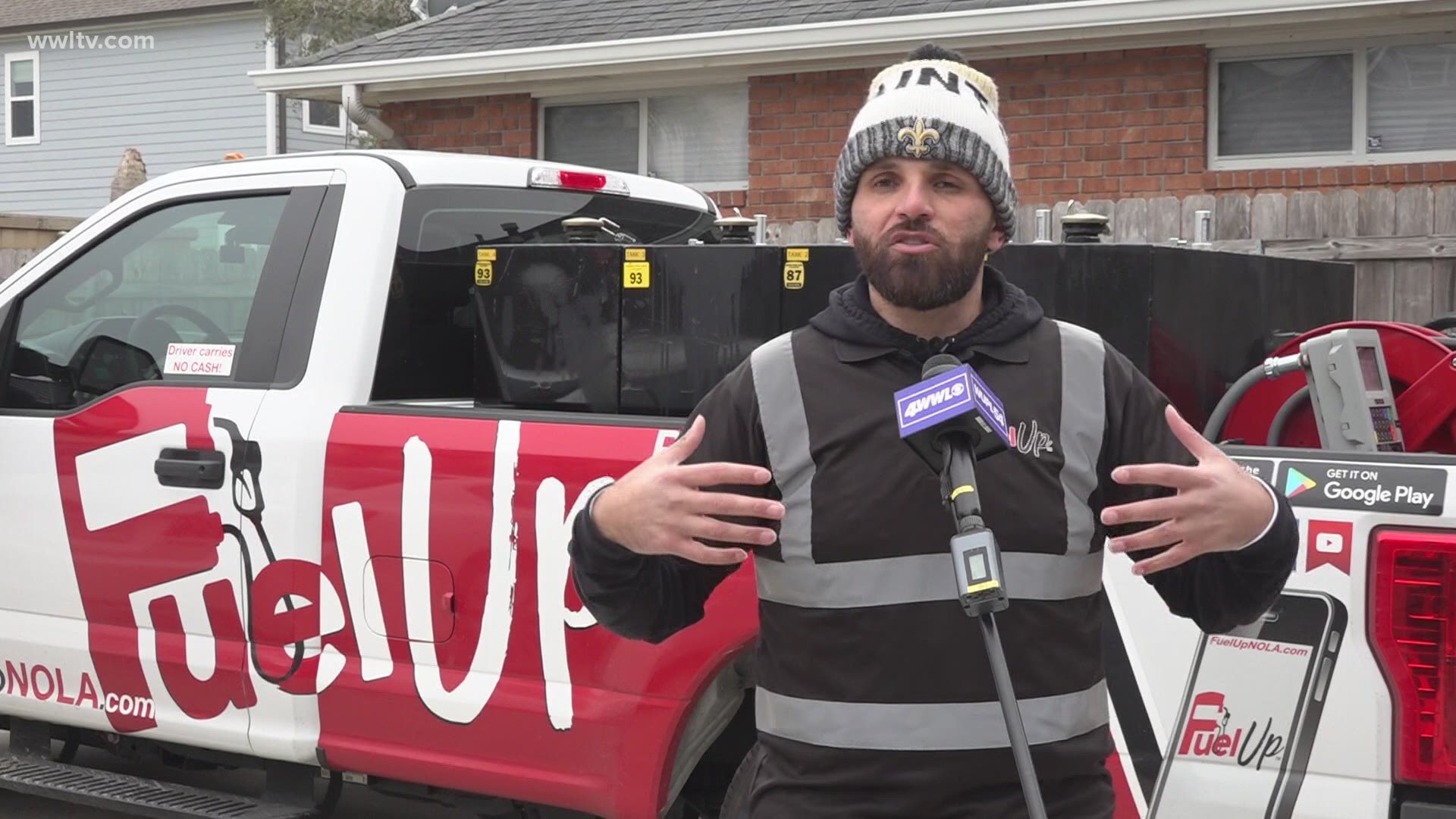 NEW ORLEANS — At least three cars were stolen off Carrollton Avenue last week in New Orleans. This happens frequently according to NOPD, often when people leave their cars unlocked and running.

Incidents like this are part of the reason one New Orleans resident came up with a safe and more convenient way to fill up your tank.

After three years in the making, the new delivery gas service just launched last week in the New Orleans area.

“We’re like man, we don’t know if this is going to work because nobody's ever tried it,” Yoyo Nabut said.

Nabut has already been working in the fuel business. He owns 34 Birdies Food and Fuel gas stations.

“I knew a change needed to happen because of the lifestyles we live, fast, convenient, safety,” he said.

The inspiration behind the idea was much more personal.

“The main reason was I hated the fact that my mother would call me and say ‘stay on the phone while I pump my gas,’" he said, concerned for her safety.

He created the Fuel Up NOLA app where you can request to fill up your car at home, work, anywhere on the Southshore at anytime.

“We had a young lady download the app at 3 O’clock yesterday saying ‘I have a doctor’s appointment, I need gas as fast as possible. I’m on the side of the road,” Nabut said.

The woman ran out of gas and was desperate for a quick response.

“We were able to get to her in eight minutes,” Nabut said.

The service is contactless so one of the hazmat certified drivers will come to you, fill up your tank and alert you you're good to go.

“Our method is park, pin, pop. So park your car, pin the location, and pop your gas tank,” Nabut explained.

You'll pay a delivery fee which is $4.99 for one time or $19.99 for a monthly unlimited membership including up to four cars. Plus, you’ll pay for the gas.

“The app will pull the nearest stations around you and that price will be the price you pay so it’s very competitive,” Nabut said.

Fuel Up NOLA currently serves the Southshore from New Orleans East to the river parishes with plans to serve the Northshore soon.