It's the second massive fire the NOFD responded to in the span of just a few hours. 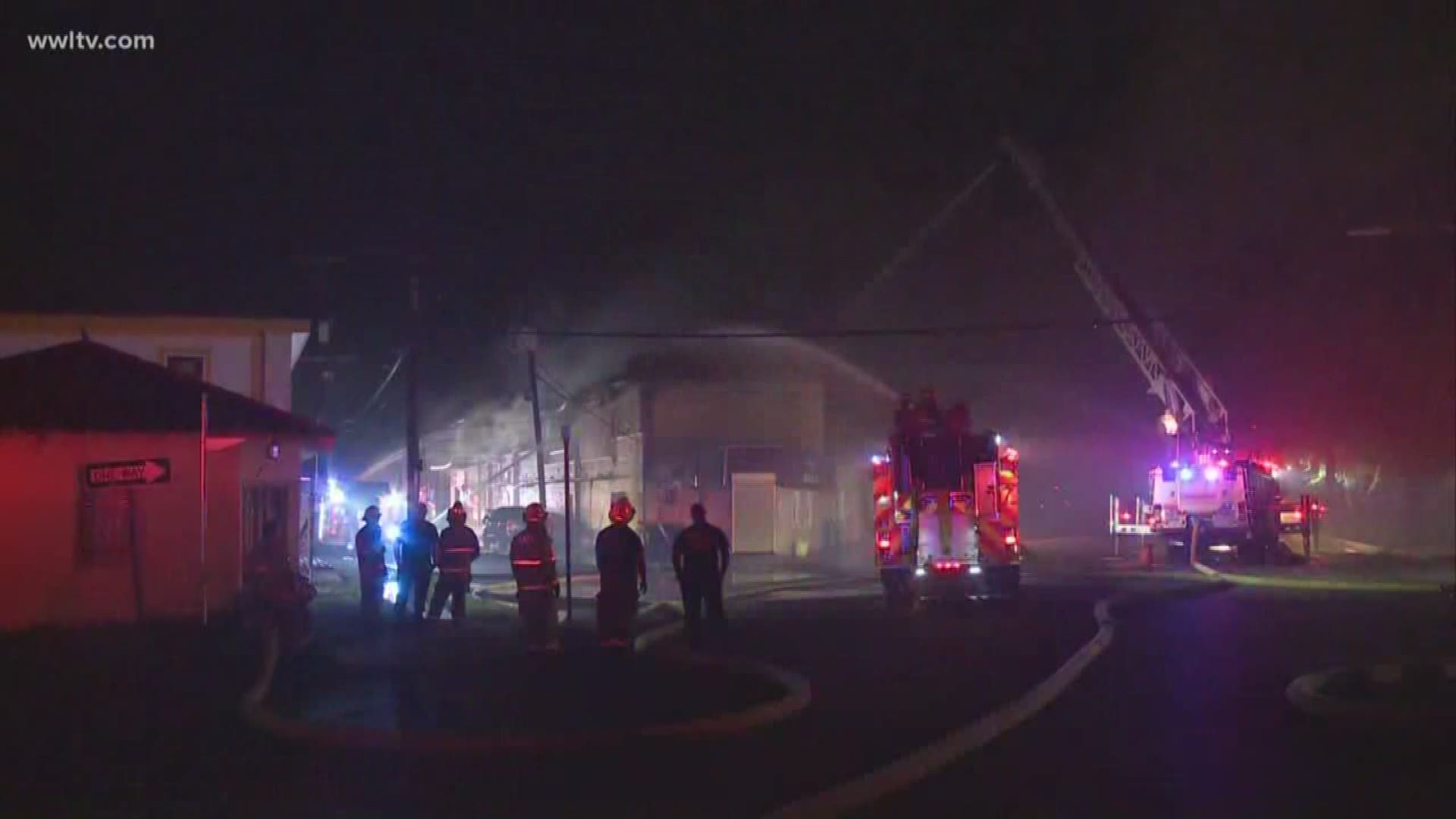 NEW ORLEANS — A large fire caused extensive damage inside a commercial building in the Broadmoor neighborhood early Wednesday morning, the second 3-alarm fire in the city in a matter of hours.

According to New Orleans Police Department officials, the fire broke out around 2:45 a.m. inside a strip mall in the 4100 block of Washington Avenue, in front of Eden Street.

NOFD crews were on the scene within minutes, officials said, and began fighting flames that were bursting out of the roof of the building. Damage to the structure looked extensive, with some charred sections folding in on themselves.

The fire was under control by 5 a.m. but crews remained on the scene through the morning, putting out flare ups from the rubble and checking the structure. In total, 22 NOFD units carrying 57 firefighters responded to the 3-alarm fire.

The strip mall houses eight businesses, but because of the coronavirus pandemic only one convenient store has been open this week. That store was closed at the time of the fire, fire officials said.

The cause of the fire is now under investigation.

It was the second large fire the NOFD had to respond to overnight.

In the Bywater, a massive fire broke out in an abandoned building around 10 p.m., with flames from the roof visible throughout the surrounding neighborhood.

The building, which had collapsed into a charred heap by early Wednesday morning, is where the chain of Schwegmann supermarkets began to evolve more than 150 years ago.

According to the New Orleans Fire Department, dispatchers received a call about a large fire at the intersection of Piety and Burgundy streets around 10:10 p.m. Tuesday. When they arrived on the scene, they found the the abandoned two-story building burning, with fire quickly spreading to nearby buildings.

Both a second and third alarm were called and more than 50 firefighters arrived to stop the spread of the flames. The fire was deemed under control by around 11:40 p.m., NOFD officials said, and no injuries were reported.

ALSO: 'We have a deal': Congressional leaders, White House agree on coronavirus rescue