Firefighters are currently working to get the blaze under control. 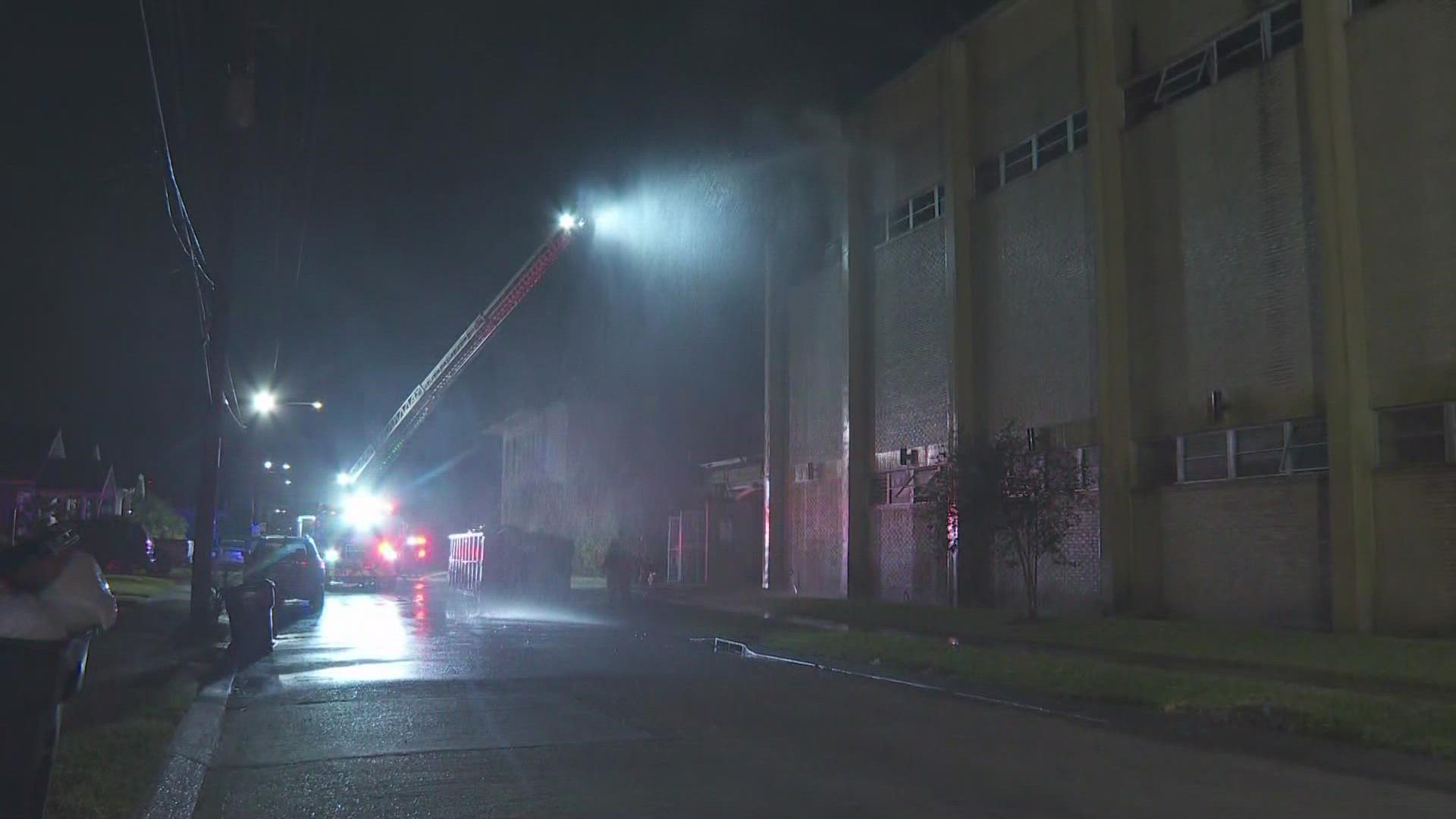 Witnesses said they saw smoke coming from the roof of one of the buildings at the corner of George Nick Conner and Hope Streets and called authorities.

According to NOFD PIO Captian Edwin Holmes, at about 4:48 p.m. they received the call about the fire with the first engine arriving at 4:51.

Seven units carrying 21 firefighters in total were able to get the blaze under control.

Captian Holmes said the fire was contained to the second floor of the gym but caused damage to the roof of the building.

The first floor of the gym experienced smoke and water damage.

Holmes said no one was inside at the time of the fire and that investigators are working to find out the cause.

"The best thing here was that it happened when no one was in the school and the fact that it was on the upper floor, it looked a lot worse than it was but because of the ventilation system being on, it pumped the smoke up and out of the building," said Captian Edwin Holmes.

RELATED: Man who barricaded in Little Woods home on the run with 2 kids: NOPD