An X-ray shows that the bullet lodged right between his eyes. Abney says the bullet went right behind the left eye socket into his brother’s brain. 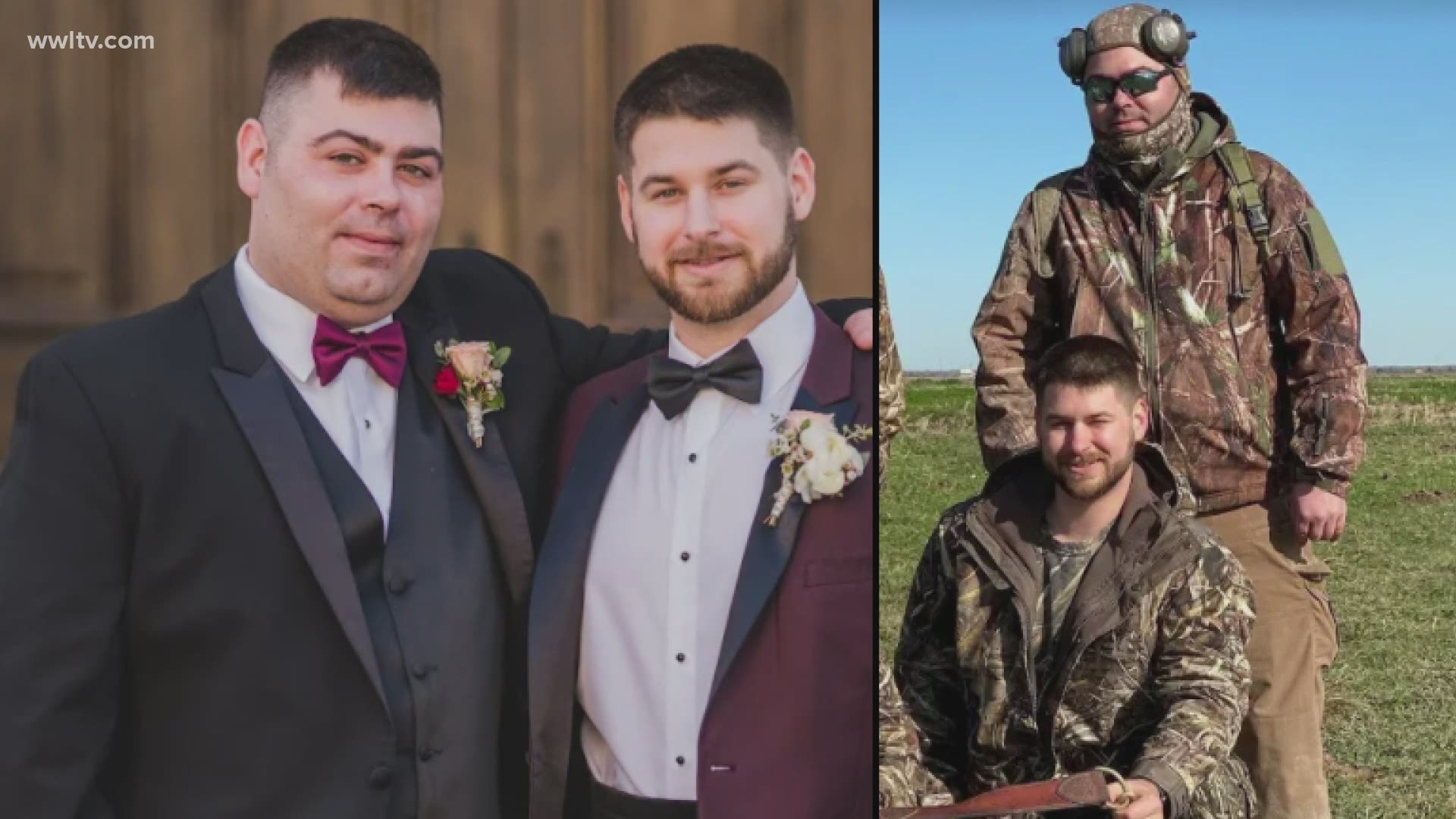 “He’s been passionate about being in law enforcement,” Abney said.

What started as being a volunteer firefighter in high school, led to the National Guard, becoming a military officer, serving a tour in Iraq and then wearing the badge of a New Orleans Police Officer, which put him at the intersection of Royal and St. Philip Streets in the French Quarter Oct. 30.

“He said it was a normal day about to start his shift. He was just driving through the French Quarter,” Abney said.

His brother, 32-year-old Trevor Abney, a five-year veteran of the force, was shot in the face while inside his police unit when a man stood up in the back of a pedicab and opened fire. His partner was injured by broken glass, but not shot. The police chief called it an ambush.

“He said it felt like a baseball bat he was taking to the face,” Shawn Abney said. “He had tried to lean over behind his laptop computer and that’s when the bullet came in and hit him.”

An X-ray shows that bullet lodged right between his eyes. Abney says the bullet went right behind the left eye socket into his brother’s brain where it still is, too dangerous to remove.

“He’s still the same. He can walk, talk, he’s eating, he still sounds like himself,” Abney said.

He says his brother still faces some medical concerns and expected vision loss in his left eye, but he’s grateful to still have his only brother around.

“I tell him every day I love him now,” Abney said. “You always tell yourself this isn’t going to happen to us. We are beyond thankful to have him.”

Shawn says recovery will take a while. To help pay for it, a classmate of Trevor’s started a GoFundMe account, which as of Tuesday night, has raised nearly $23,000.

“He’s going to need it because these law enforcement officers, they just took a ten percent pay cut and they’re furloughed due to the times right now so it’s tough enough to take a pay cut and then go through a tragedy like this,” Abney said.

Through it all, Abney says he expects his brother to return to the force and once again wear the badge he’s passionate about.

NOPD says there’s still no motive in that shooting. The suspect, 44-year-old Donnell Hassell, is charged with two counts of attempted murder of a police officer.

RELATED: 'He put a gun to my face' | Man carjacks mother as she was picking-up her son Monday in Mid-City