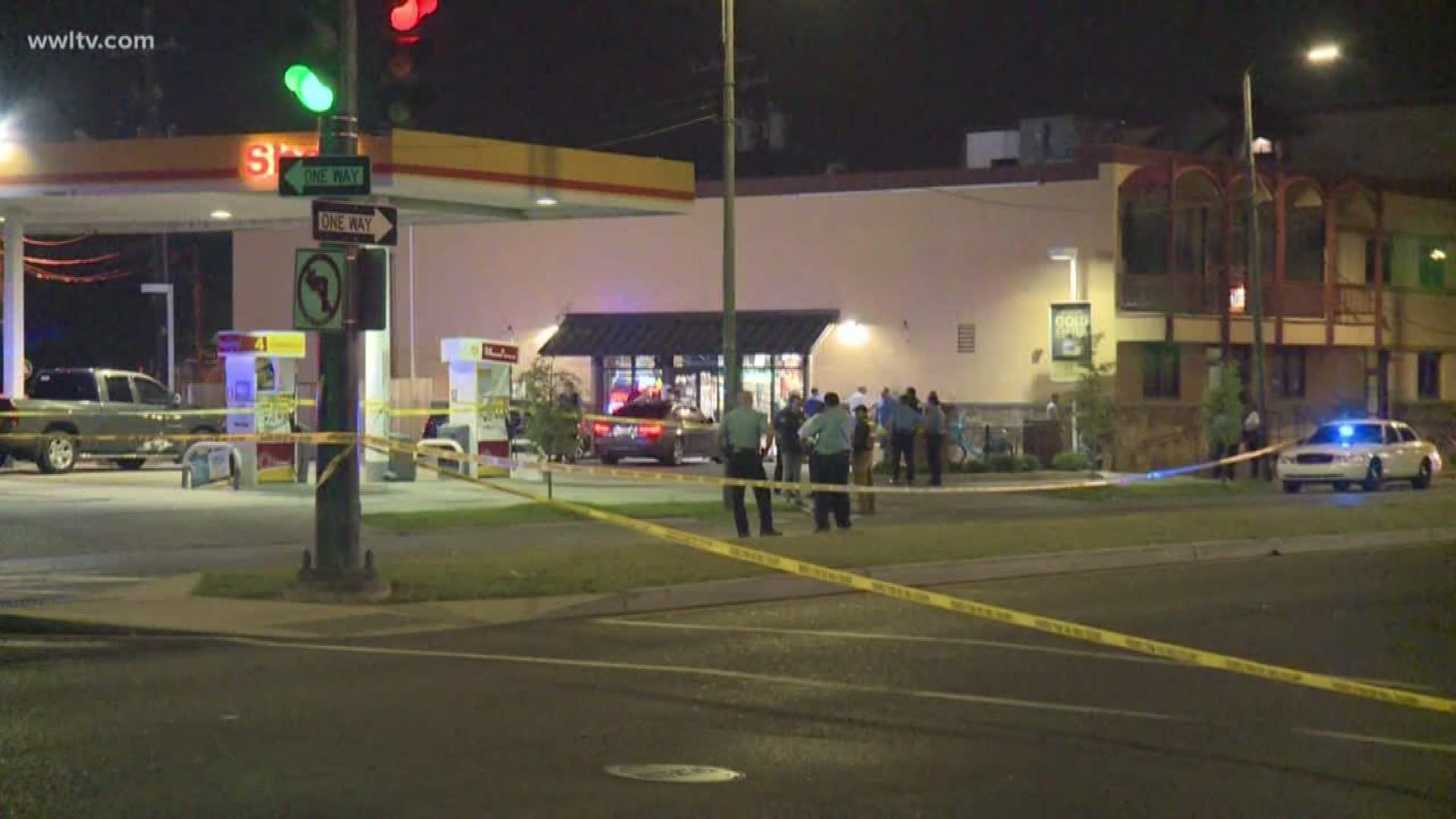 NEW ORLEANS — A New Orleans police officer shot in the line of duty is at home recovering from his injuries.

The unidentified 3-year veteran of the NOPD arrived at the Shell gas station at Tulane Avenue and Jeff Davis Parkway around 9:15 Thursday night to investigate reports of a suspicious person with a gun, NOPD officials said.

NOPD Superintendent Shaun Ferguson said the officer tried to pat down a man inside the convenience store and a struggle ensued.

"The individual then retrieved his weapon and fired at the officer, striking an officer in his right leg," Ferguson said.

A bullet lodged in the officer's right calf. Despite the injury, the officer restrained the shooter and held him until backup arrived.

Officers arrested Michael Baker,18, and booked him on a charge of attempted first-degree murder of a police officer.

According to court documents, gas station employees said Baker and an unknown woman were going in and out without purchasing any items.

The officer was reportedly shot with a gun hidden in Baker's front waistband.

Mid-City neighbor Russell Harris lives across the street from the gas station.

"This is a safe little neighborhood," Harris said. "I guess by [the gas station] being open 24 hours, no telling where people come from their little beer, whatever else," Harris said.

Ferguson praised what he called the officer's professionalism.

"The officer showed great restraint," Ferguson said. "He never removed his weapon from his holster during this encounter." 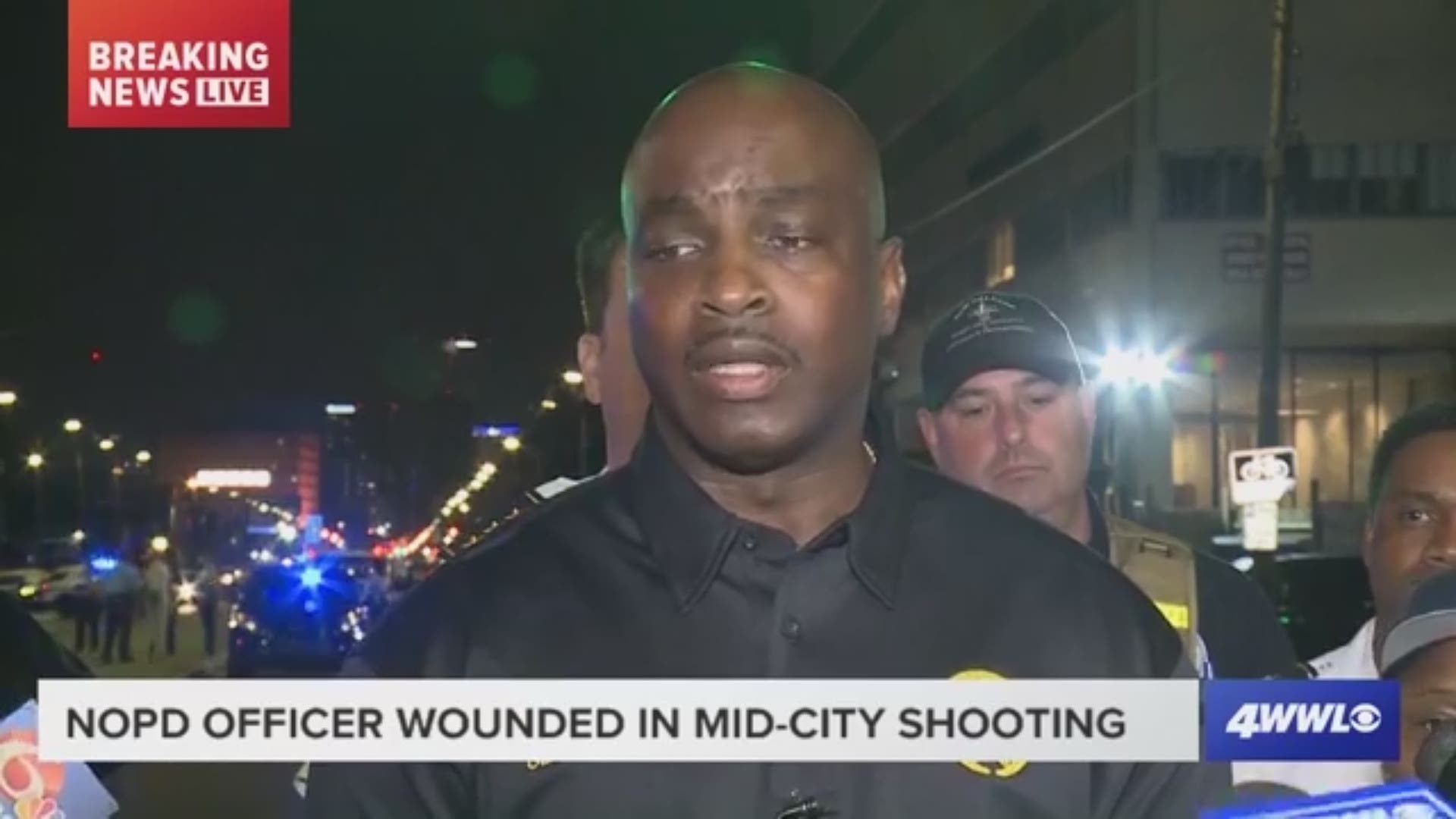 Ferguson's comments reflect what officials call a new culture within the NOPD that places greater emphasis on non-lethal forms of force.

Fraternal Order of Police attorney Donovan Livaccari said deadly force is only used in extreme circumstances, when officers feel their life or the life of someone else is in danger.

"I think the officers are well-trained and they're capable of doing whatever it is they are called upon to do," Livaccari said.

Baker's prior criminal record includes simple battery for which he pleaded guilty.

He was also accused of attempted armed robbery and illegal weapon possession. His bond was set at $750,000 Friday.

A second individual arrested at the scene, identified as Timanisha Taylor, 27, was booked on open warrants unrelated to Thursday night's incident.

Ramon Antonio Vargas with the New Orleans Advocate contributed to this report.