Police say spectators at such impromptu street shows could easily be killed if a driver loses control of a car. 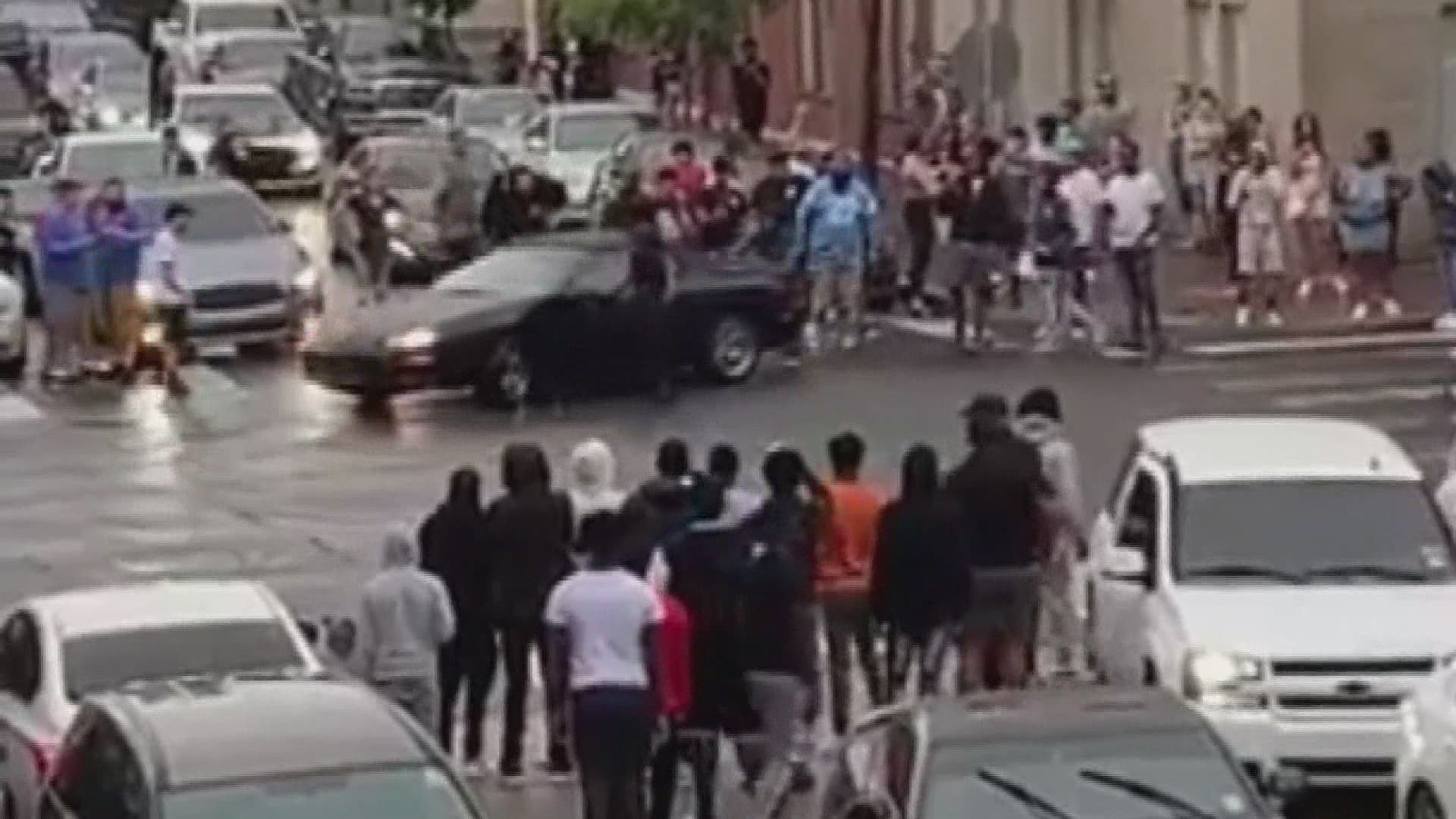 NEW ORLEANS — The drivers of cars performing donuts on video at a Warehouse District intersection on Sunday face charges for reckless driving and any insurance-related violations that investigators can find, and they might also have their vehicles confiscated as evidence if New Orleans police have their way.

New Orleans Police Department Capt. Jeffrey Walls, who is in charge of officers patrolling the Warehouse District and nearby areas, outlined the potential consequences in an interview with media outlets Monday, adding, “This is something the city is not going to tolerate.”

Walls’ remarks were prompted by video of a crowd cheering on and filming a white SUV and a black sedan which were taking turns spinning in circles and burning their tires about 5:30 p.m. at the corner of South Peters and St. Joseph streets.

According to Walls, officers dispersed the gathering after being notified. Walls said investigators on Monday were still trying to identify all of those involved. But he said officers had determined some in the crowd later continued doing similar stunts at the corner of St. Bernard and North Claiborne avenues in the 7th Ward as well as on Downman Road in the Pines Village area of New Orleans East.

Walls said spectators at such impromptu street shows could easily be killed if a driver loses control of a car. A stop sign knocked over during Sunday’s activity illustrated that, Walls said.

But he added that the NOPD does not allow its officers to pursue participants as they disperse because they are not suspected of violent crimes.

The agency wouldn’t want to engage in a pursuit and endanger the lives of passersby over traffic-related violations, Walls said.

So, he added, the NOPD instead intends to track them down now that they have split up and no longer have strength in numbers. They are resorting to video captured by cellphones and business security cameras, social media posts, and called-in tips to identify those responsible for Sunday’s exhibitions, which occur in other cities as well.

He said officers want to secure charges against drivers as well as those who promote the rallies online and block traffic to create the necessary space for them.

Besides reckless driving charges and insurance violations, Walls said the NOPD plans to ask the city attorney’s office as well as the Orleans Parish District Attorney’s Office whether it could seize any vehicles involved as evidence.

Nearby resident Dayal Reddy, who could see the donuts outside of his window, said Sunday was not the first time something like that had happened near his place. But he was struck at how early it was this time.

“This is the first time it’s been during daylight hours,” Reddy said. “It’s typically later at night, maybe after midnight.”

Howlin’ Wolf music club owner Howie Kaplan, whose establishment sits at the corner of South Peters and St. Joseph, said he was glad the NOPD was responding aggressively to Sunday’s scene. While he admitted the burnouts were an entertaining sight to behold, he added, “It’s insane. … There’s obviously the danger element to it.”