Police did not say how much money will be allocated to implement the strategic plan. 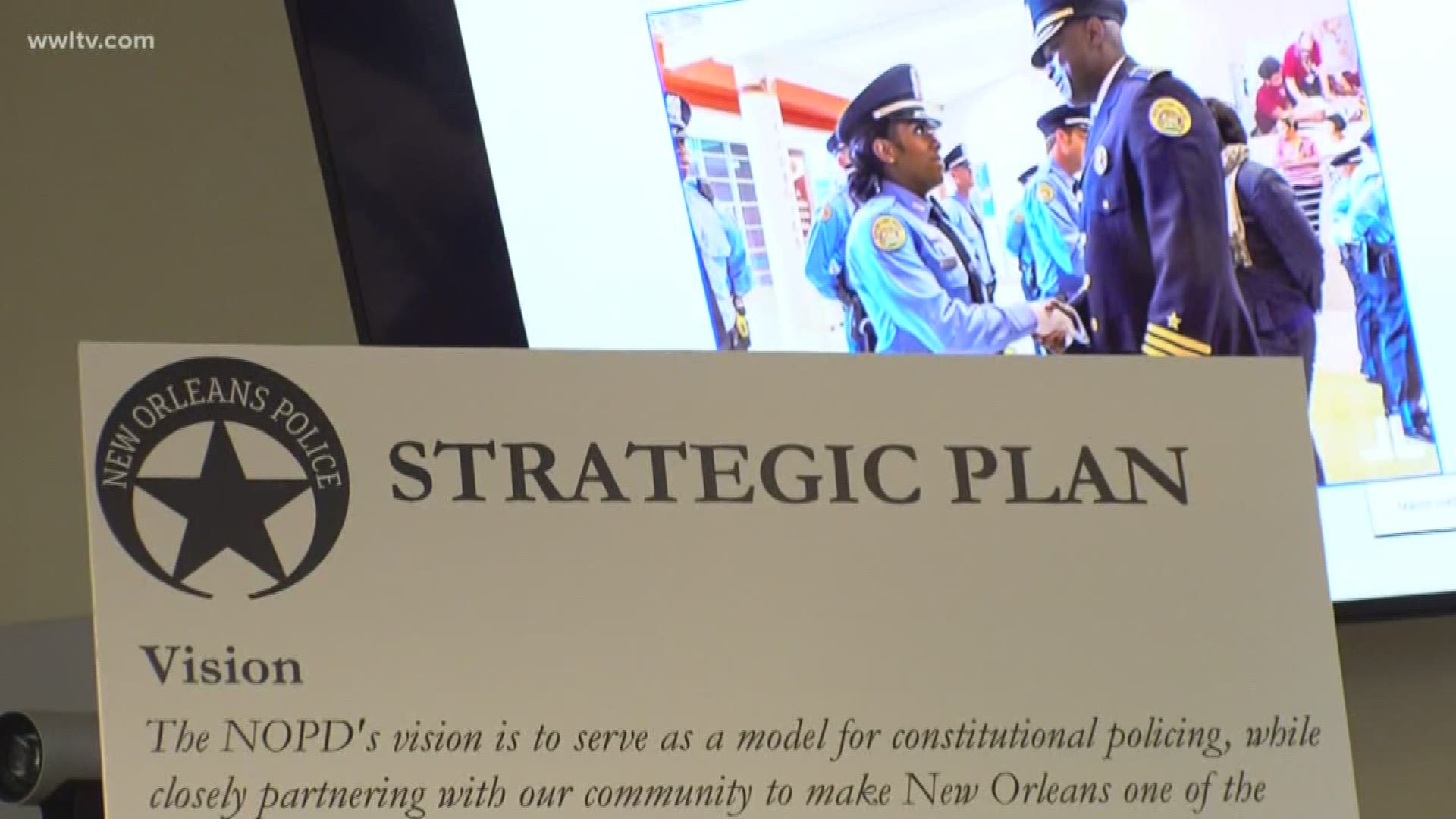 NEW ORLEANS — The New Orleans Police Department wants to make the city one of the safest in the nation by 2021.

Tuesday, they released a plan for what they feel they need to do to get there. What's missing is exactly how they're going to pay for it all.

NOPD recognizes they have some work to do to become a national leader of police reform, but Superintendent Shaun Ferguson says successes have been made.

“This is our 4th year of double-digit reduction in armed robbery,” said Superintendent Ferguson.

The department hired a few new pair of eyes, like Aminata Brown as a Chief Innovation Officer.

“We have a lot of out-of-date tools that we've been working with,” said Brown.

Brown helped create the plan for the department from now until 2021 to meet six different goals.

In order to achieve the goals, the strategic plan outlines changes such as growing the size of the force, embedding a crime analyst in each district, ramping up youth engagement programs and overhauling the department’s technology.

RELATED: Do you feel safe in your neighborhood? A growing number of New Orleanians say no

The plan does not include specific details about how the changes will be paid for. The cell phone proposal is not a done deal at this point.

“Every officer might not get a phone, that's something we're working towards,” said Ferguson.

The current resources are what Brown calls a "huge shortcoming."

“Everyone is used to making do with what we have, it's hard to expect so much and to produce and perform to a high level and have such minimal resources on hand,” said Brown.

According to Superintendent Ferguson, Mayor Cantrell has read and approved the new strategic plan.