“I thought the worst when I first got there because of the amount of blood, but she started to talk to me,” said Daniel McCreary. 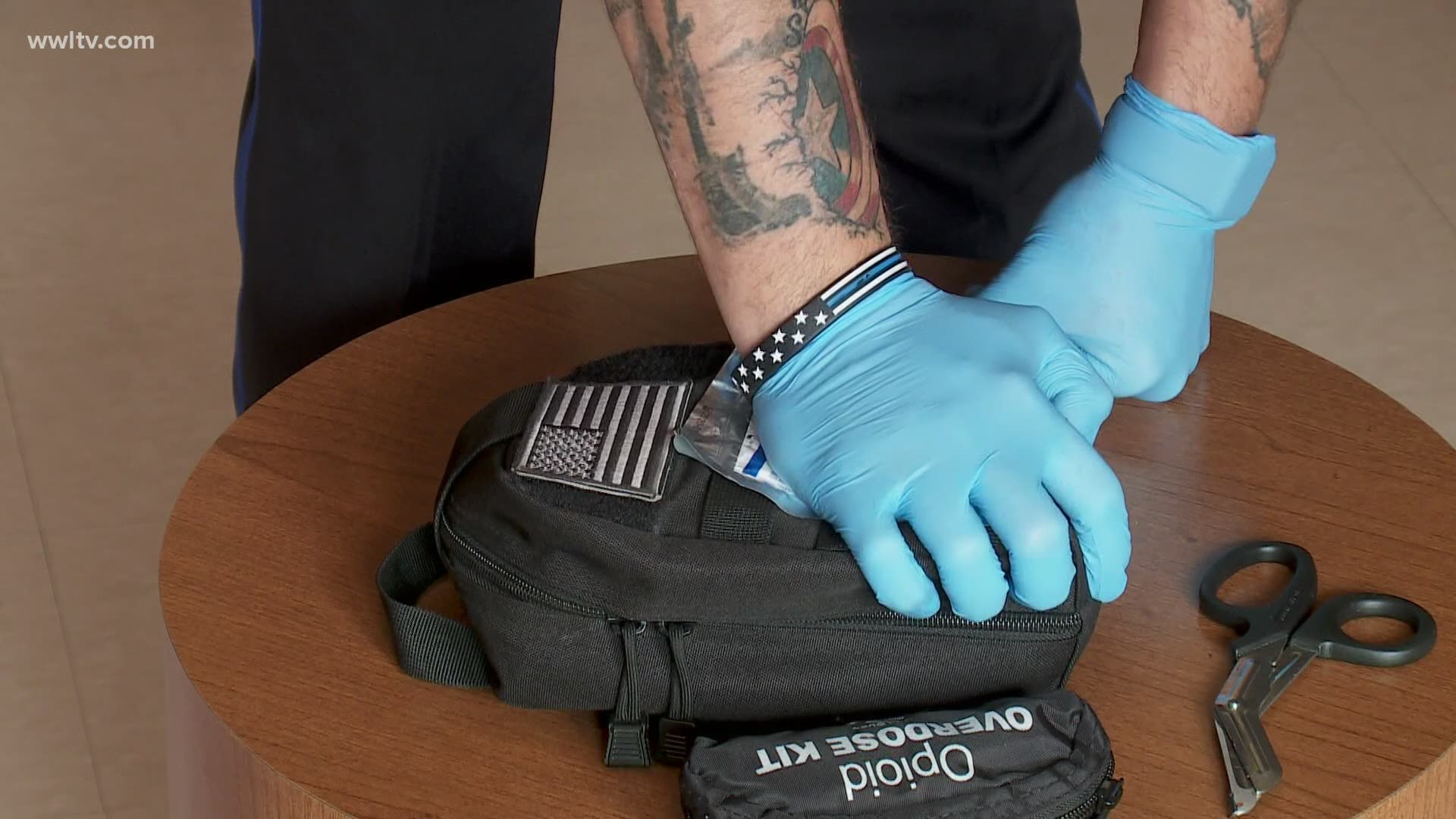 NEW ORLEANS — Tuesday, around 1:30 in the afternoon, a call came out over the police scanner as it does too often: aggravated battery by shooting.

But this one was different than many of the others. The victims were 15 and seven.

Now, the first officer to arrive at that crime scene in the 2500 block of North Prieur Street is credited with taking life-saving action before EMS arrived.

A little black bag was last year's Christmas gift from a wife to her husband. That husband is fifth district officer Daniel McCreary.

Last December, she could not have known that today he would credit her gift for saving the life of an innocent child, a seven-year old girl caught in the line of fire in an instance of street violence.

“I thought the worst when I first got there because of the amount of blood, but she started to talk to me,” said Daniel McCreary.

Lying face down in the street, the girl was struck in the back, face and neck. She looked at Officer McCreary and spoke words that should never come from a child just beginning life.

But deep down, he knew from his eight years of active duty in the U.S. Army, and deployment around the world that she was bleeding out and her lung was collapsing.

Then, his combat training kicked in.

He took gauze from that first aid gift kit, and used the plastic wrapper to improvise, turning it into a chest seal so air would not escape.

“I just tried to keep her as calm as I could while I was holding pressure on her wound until EMS got there,” he said.

While he was only there for a few minutes, it felt like hours.

“I've got four kids, and one's seven years old as well, so I don't think you can really prepare for that,” said McCreary.

McCreary kept the little girl motivated to hang on by exchanging names and birthdays.

He heard she made it into the hospital recovery room. He hopes the family he saw in hysterical agony over their child, will one day let him meet her.

“I hope that she's flooded with support and love and everything that she deserves,” he said.

And as for that little, black, life-saving kit, funds to the police department are tight.  Officers don't have them as standard equipment, unless they are bought and restocked out of their own pockets.

Officer McCreary and his wife are not originally from New Orleans.

He says he came to the city and took the NOPD job because he wanted to work in a community where he could personally get to know the people on his beat.

The investigation into the case is ongoing and there have been no arrests.

Witnesses of the scene told police there were two gunmen.