Watching a banner unfold with her youngest son’s picture on it, Irene Wimberly was brought to tears. 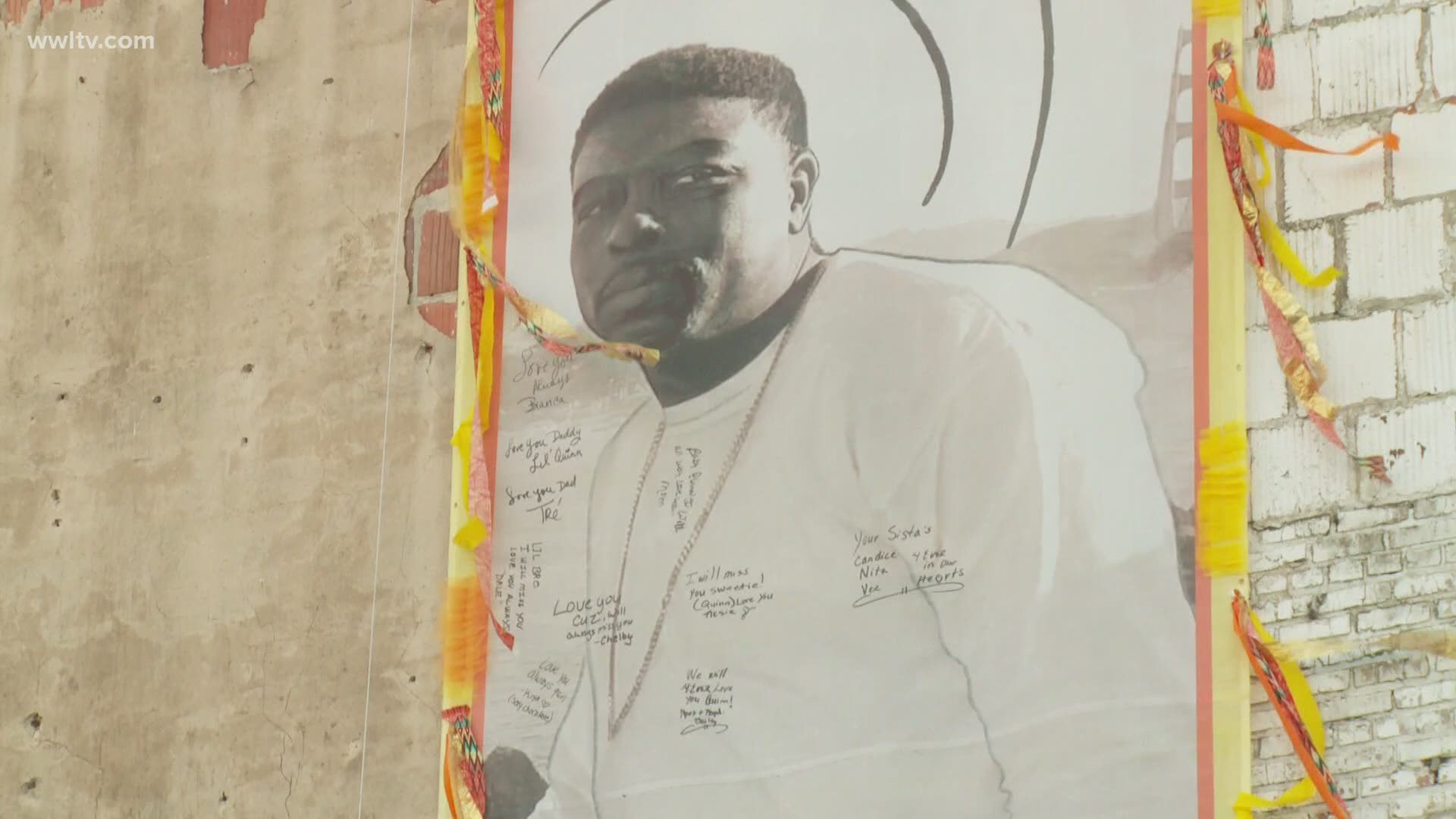 NEW ORLEANS — A memorial art tribute now hangs in downtown New Orleans, memorializing the three men who lost their lives a year ago.

Watching a banner unfold with her youngest son’s picture on it, Irene Wimberly was brought to tears.

“Why did he have to go to work that day to take someone else’s place,” said Wimberly as she watched the two-story tall banner roll down.

Her son Quinnyon Wimberly and two others, Anthony Magrette and Jose Ponce Arreola were killed a year ago, when the Hard Rock hotel construction site collapsed.

In the shadow of that still standing rubble, a memorial was held Monday evening, unveiling personalized banners in memory of all three men, bringing together three families now bonded for life.

“It is a struggle and it will continue to be a struggle for our families,” said Angela Magrette, the twin sister of Anthony Magrette.

With this memorial, these families are thankful for all the support and hope the memory never fades.

“I don’t want anybody to forget what happened,” said Magrette. “They were just three hard working men that went to work that morning that didn’t get to come home.”

Now a year without their loved ones, that absence isn’t any easier.