Orleans District Attorney Leon Cannizzaro said. "I would hope that he would turn himself in so this matter can be disposed of." 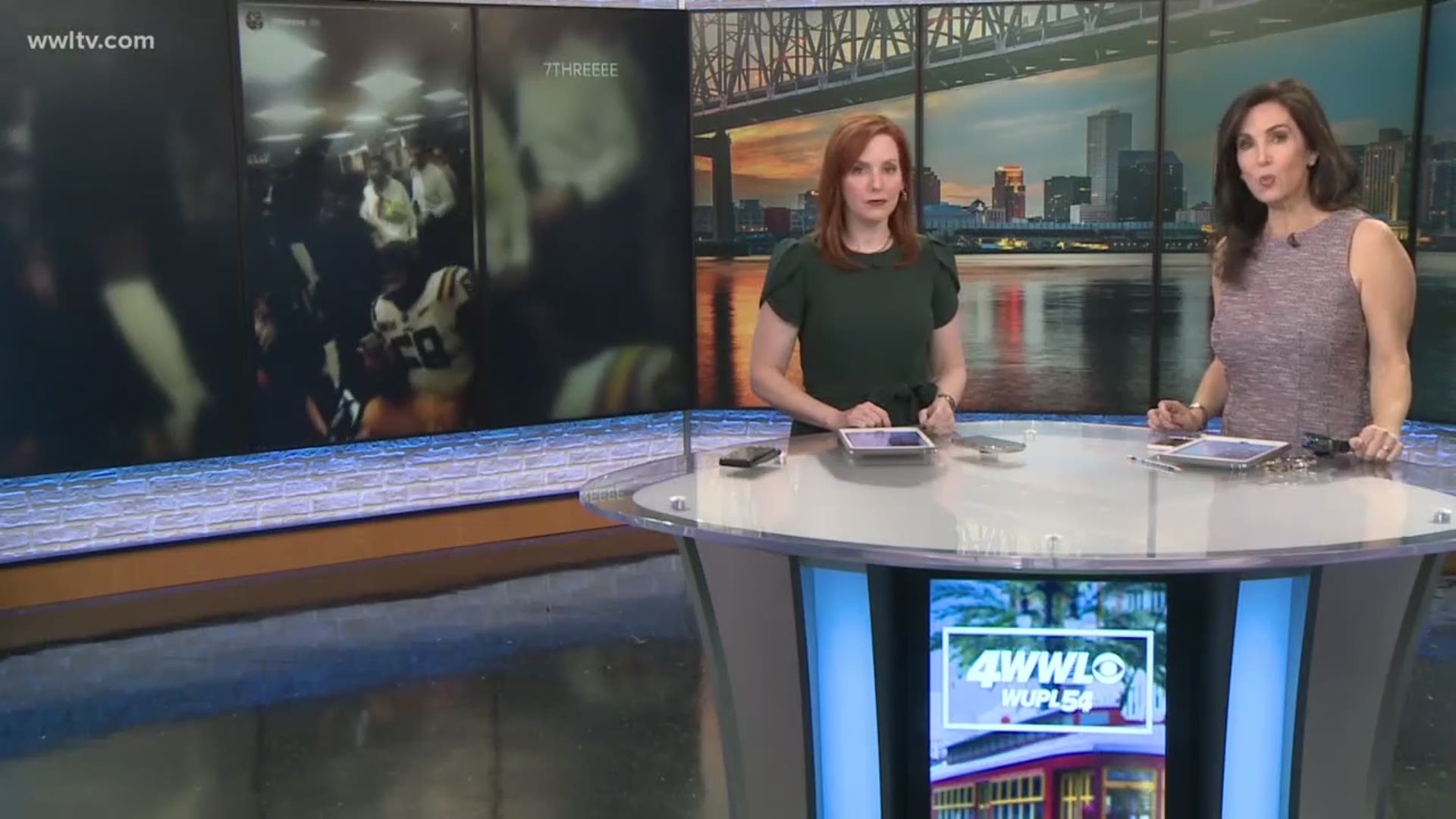 "I have not spoke to him or any of his attorneys as of this time," Orleans District Attorney Leon Cannizzaro said. "I would hope that he would turn himself in so this matter can be disposed of."

The Cleveland Browns wide receiver and former star athlete at LSU is accused of smacking a Superdome security officer on the rear end.

He is now wanted for simple battery.

"I have not made any disposition, but as a citizen, I am disturbed and sort of put out by this event," Cannizzaro said.

Cannizzaro will ultimately decide whether to prosecute Beckham.

He did not want to comment on the case, but said the incident takes the national spotlight off the Tiger's historic season.

RELATED: LSU fans have so much to celebrate even as OBJ controversy plays out

"When all of the focus should be on these young men and their accomplishments, unfortunately, we see this very, very, — I'll say from what I saw, — a very, very silly and uncalled for event by someone," Cannizzaro said.

"What has happened with Odell Beckham is that it has shifted the focus away from the accomplishments of the university and the team that he loves and supports and made it on him," Goyeneche said. "The reality is, this is a black eye for the university."

College Football Playoff officials are now reviewing who should be allowed on the sidelines or in the locker rooms during national semifinals and championship games.

CFP Executive Director Bill Hancock said, "being on the sidelines is a privilege. Along with any privilege comes responsibility because the focus should be on the people playing and coaching in the game rather than on any visitors."

The incident remains under investigation by the NOPD and DA's Office.

"I think we brought a whole lot of scrutiny now to this particular individual, sort of selfish event rather than concentrating on LSU, the coaches and the players," Cannizzaro said. Beckham's case is also being investigated by LSU officials.

Beckham was also seen handing out cash to LSU players after the national championship game.

Tulane Sports Law Professor Gabe Feldman said that it is a clear violation of NCAA rules.

"It could potentially be a major violation because giving improper benefit to student-athletes and prospective student-athletes is in large part what the NCAA amateur rules are designed to prevent for lots of different reasons," Feldman said. "The NCAA might be willing to say we're going to make an exception here. The student-athletes just have to give the money back."

Feldman added, it doesn't matter if the money was given to student-athletes who have just played their final game.

"Technically, you hand it to somebody as the game just ended on the field — it would still violate the letter of the law," Feldman said. "The spirit of the law, probably not, but it could still be a potential violation."

Professor Feldman also said Beckham may be in trouble with the NFL for the butt smacking incident.

"The commissioner has the power to punish athletes who engage in conduct detrimental to the league, and I think under most people's definition of conduct detrimental it would include slapping a police officer," Feldman said. "That could rise to the level conduct that is punishable whether that's through a fine or through a suspension, we'll see."