The mayor was counting on the measures to solidify and diversify their funding in different areas. 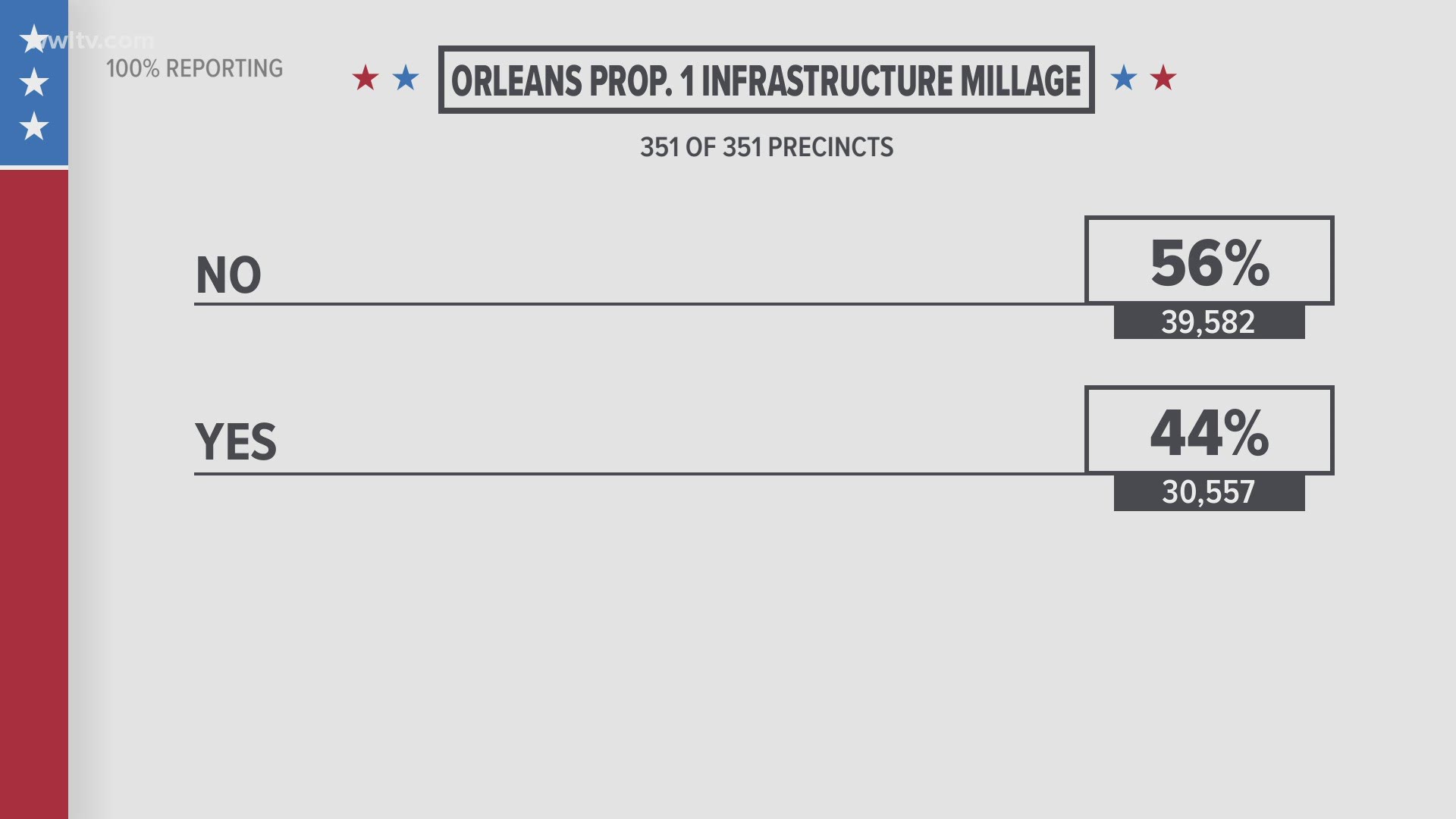 New Orleans voters roundly defeated all three of Mayor LaToya Cantrell’s tax proposals just days after she had warned that their failure could lead to the city implementing layoffs instead of the proposed furloughs that already figure to dramatically cut personnel in key positions.

Facing a large budget deficit that largely comes from reduced revenues due to the pandemic nearly shutting down the crucial tourism industry, the city was counting on the measures to solidify and diversify their funding in different areas.

“These propositions are built into our 2021 budget,” Cantrell said earlier in the week. “So, clearly if they don’t pass, I have to figure out how to fill that gap which could be done by way of moving from furloughs to layoffs.”

By voters rejecting Propositions 1 and 3, the city will miss out on an estimated $1 million in additional tax revenue for maintenance for city equipment and infrastructure and about $6 million to $6.5 million more for job training and economic development.

The rejection of Proposition 2, a proposed tax cut that would reduce dedicated money for public libraries by 40 percent, will actually bring about $7.5 million more into the library system for 2021 before the current library tax expires.

All three propositions faced opposition by a major government watchdog group, the Bureau of Governmental Research. But a flyer sent to voters this week urging them to vote yes on Proposition 2 actually quotes BGR praising a portion of Cantrell’s plan to invest in early childhood education, making it seem as if BGR backs the whole proposal.

All 3 millage proposals are behind at the moment. Get the results all night here: https://t.co/9dji5pfkKS pic.twitter.com/qERQ0mC3wJ