Orleans Parish Sheriff: About 40 arrested for looting after Hurricane Ida

NOPD Superintendent Shaun Ferguson has refused to discuss the number of looting arrests in New Orleans, saying that doing so would present a "false narrative." 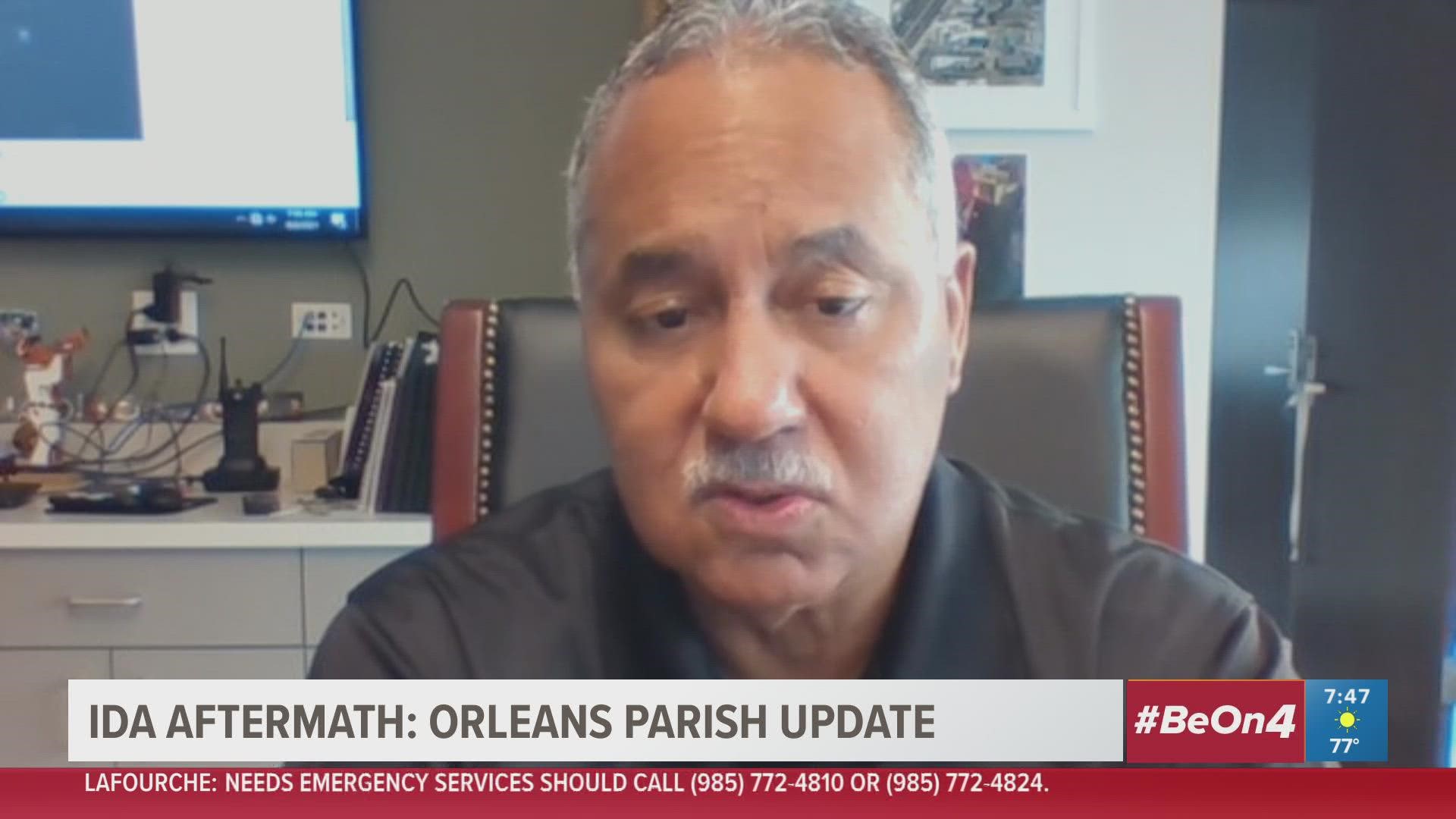 Gusman clarified the number with WWL-TV's Sheba Turk after initially giving a broader number, 55 for various crimes including domestic violence and looting, in the days after the storm.

NOPD Superintendent Shaun Ferguson has refused to discuss the number of looting arrests in New Orleans, saying that doing so would present a "false narrative" about the city's ability to stop the post-storm thefts to those who have evacuated their homes.

City officials estimate that about half of New Orleans' 390,000 residents left the city before Ida struck the Louisiana coast Sunday afternoon.

Mayor LaToya Cantrell said in several post-storm press conferences that anti-looting measures were in place throughout the city, but didn't specify exactly what those were.

She pushed back on the idea that there was a significant amount of looting in the city at an early press conference, telling reporters the city was instead coming together.

"There is no widespread looting; there is widespread empathy and community cooperation," she said.

For many, a post-Ida New Orleans is one where supplies such as gas and electricity are in short supply, with Entergy only Wednesday bringing the first lights back on in the city.

Full restoration is expected to take weeks, and could be months in some coastal parishes that were hit harder by the storm.