Police did not say if the driver has been or will be charged in the fatal crash. 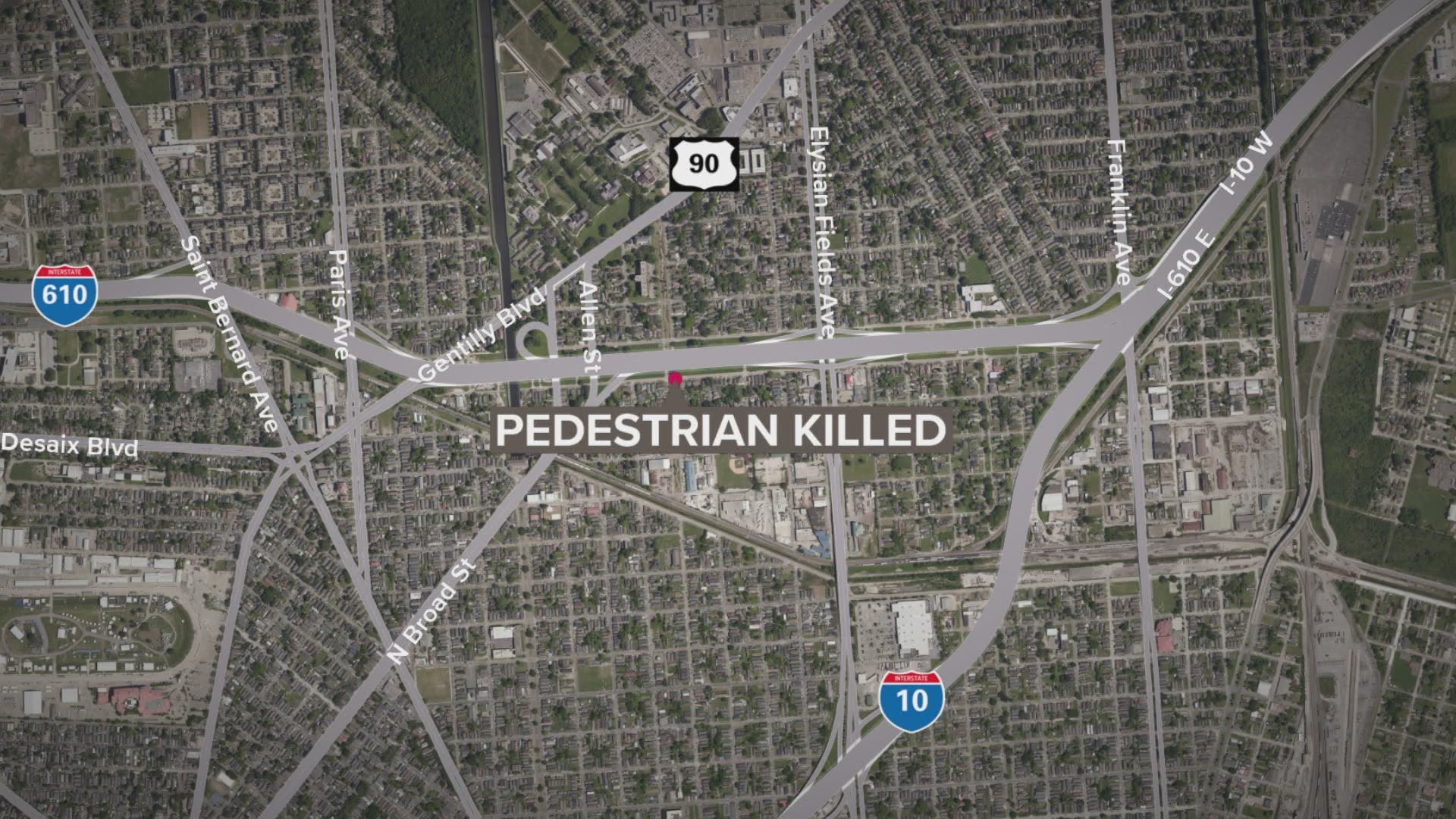 NEW ORLEANS — A man walking on I-610 was struck and killed early Sunday morning.

According to New Orleans police, the unidentified man was walking in the left lane of the eastbound side of I-610 near Elysian Fields around 2:16 a.m. when he was struck by a Dodge Challenger.

The unidentified man fell over the guardrail and landed beneath the highway, near the intersection of St. Anthony Avenue and Benefit Street, according to police. He was pronounced dead on the scene.

The driver stayed at the scene of the crash and is cooperating with the investigation. According to NOPD, they showed no signs of impairment and have not been charged with a crime.