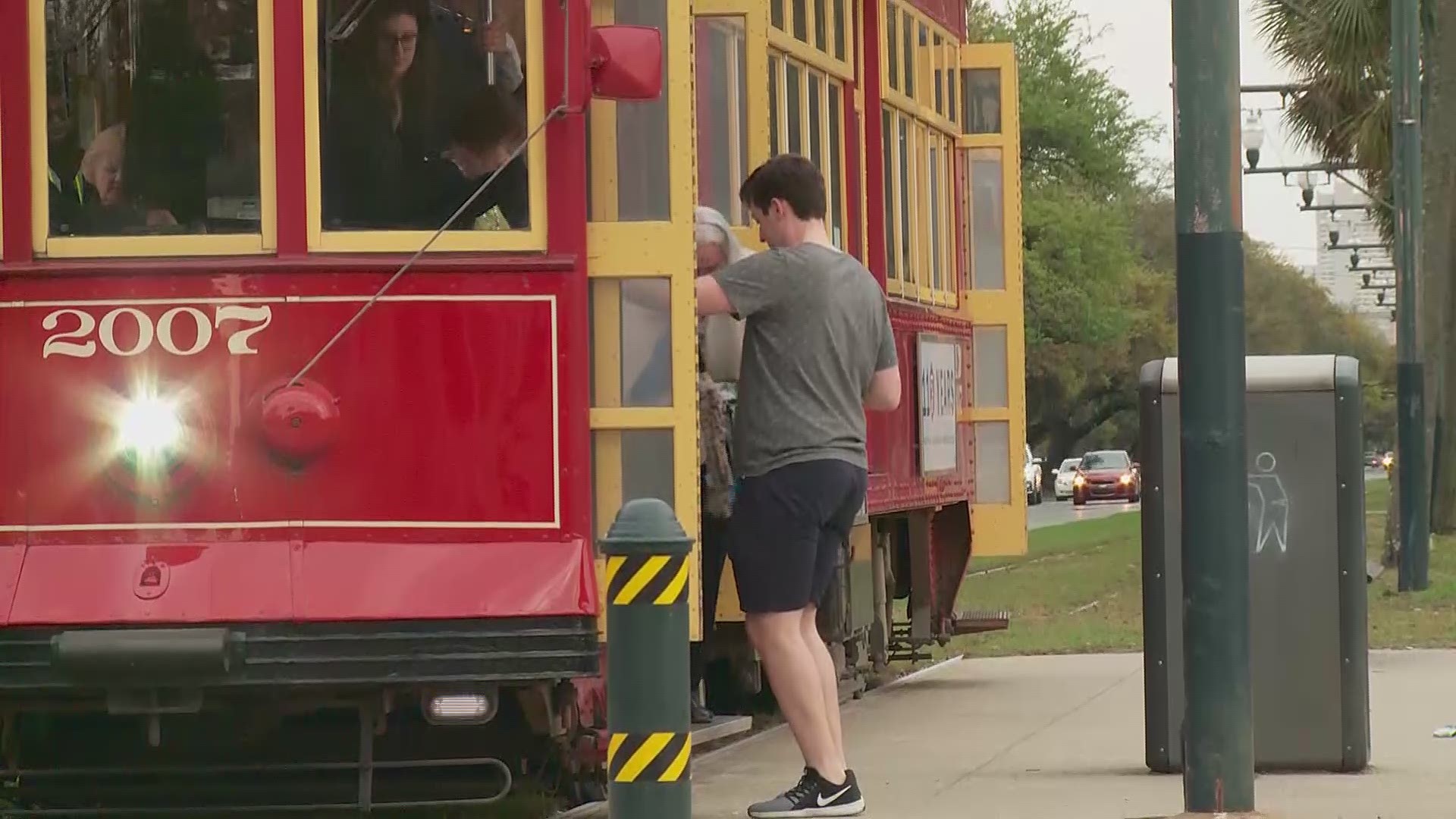 These days, you can make a left turn or hop on a streetcar at almost any intersection along Canal Street.

But the Regional Transit Authority is considering a plan to close off many intersections to traffic with concrete barriers and to shut down 30 of 49 stops between Harrah’s Casino and Carrollton Avenue.

“This line has too many delays and accidents and does not serve riders as well as a high-ridership line should,” a presentation about the idea reads in part.

Key to the plan is getting people from point A to point B. RTA officials said if the plan works as designed, it could reduce some trips from about 35 minutes to about 22 minutes.

The pilot program, if it happens, would be in place from May to December of this year.

But some who work and live along Canal Street say there has been no input from the community, and they have concerns about what could happen if the plan is put in place.

“The RTA is doing this very on the down-low, and the people of Mid-City, we don’t want this,” said Cindy Mandina, whose family has owned Mandina’s Restaurant on Canal Street for almost a century. “We want to be given notice so we can go to the meetings and voice our opinions.”

She said that is among her biggest concerns

“Nobody knew this was going on. All of a sudden, we’re having these little meetings last week because the neighborhood association is bringing out these details, and that’s the only reason why I was informed. We didn’t have any information from the RTA. Shame on the RTA,” Mandina said.

Scot Craig, who owns nearby Katie’s Restaurant, said he agrees and isn’t sure there is a problem that needs to be fixed.

“What do I think the solution is? I didn’t know there was a problem. 13 minutes is a problem? Really?” he said.

In a statement Sunday evening, the RTA said the plan is far from definite and that it will ask for input from the community before moving forward.

“The Canal streetcar pilot program is a concept that is still under development. In its initial phase, the RTA is putting an analysis together and developing a community outreach plan to get public input for the pilot,” the statement reads in part.