According to Total Traffic New Orleans, the crash happened around 7:30 a.m. near the intersection of Behrman Highway and Behrman Place. 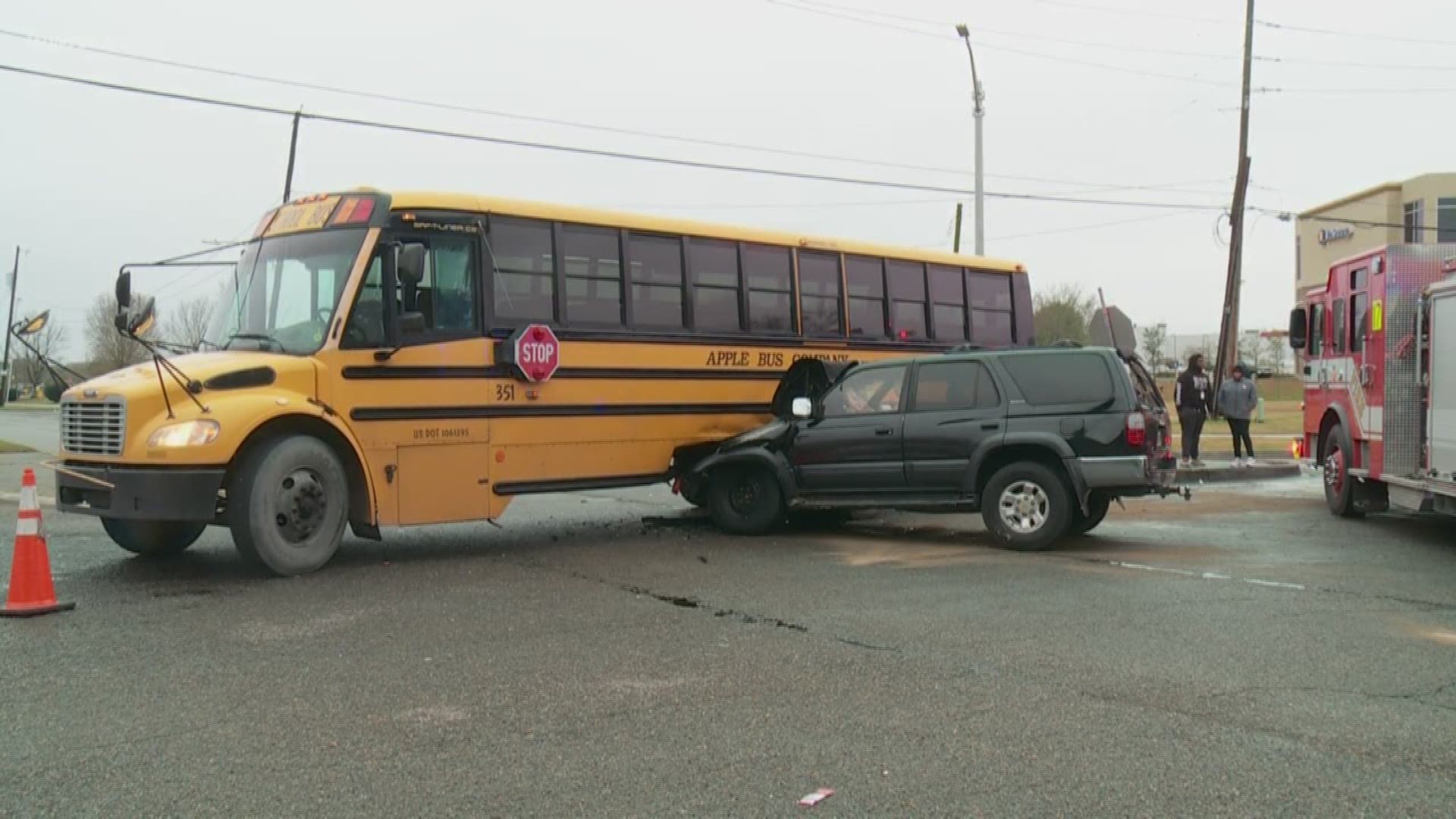 NEW ORLEANS — Police say one adult and one child were hurt after an SUV crashed into a school bus in Algiers Friday morning.

According to the New Orleans Police Department, the crash happened around 7:30 a.m. near Behrman Highway and Behrman Place.

Gretna EMS transported one adult and one child from the scene. Paramedics say the child was riding in the bus and the adult was in the SUV.

Traffic is being diverted around the crash scene. Drivers are encouraged to use an alternate route.

The NOPD, New Orleans Fire Department and Gretna Police responded to the scene.