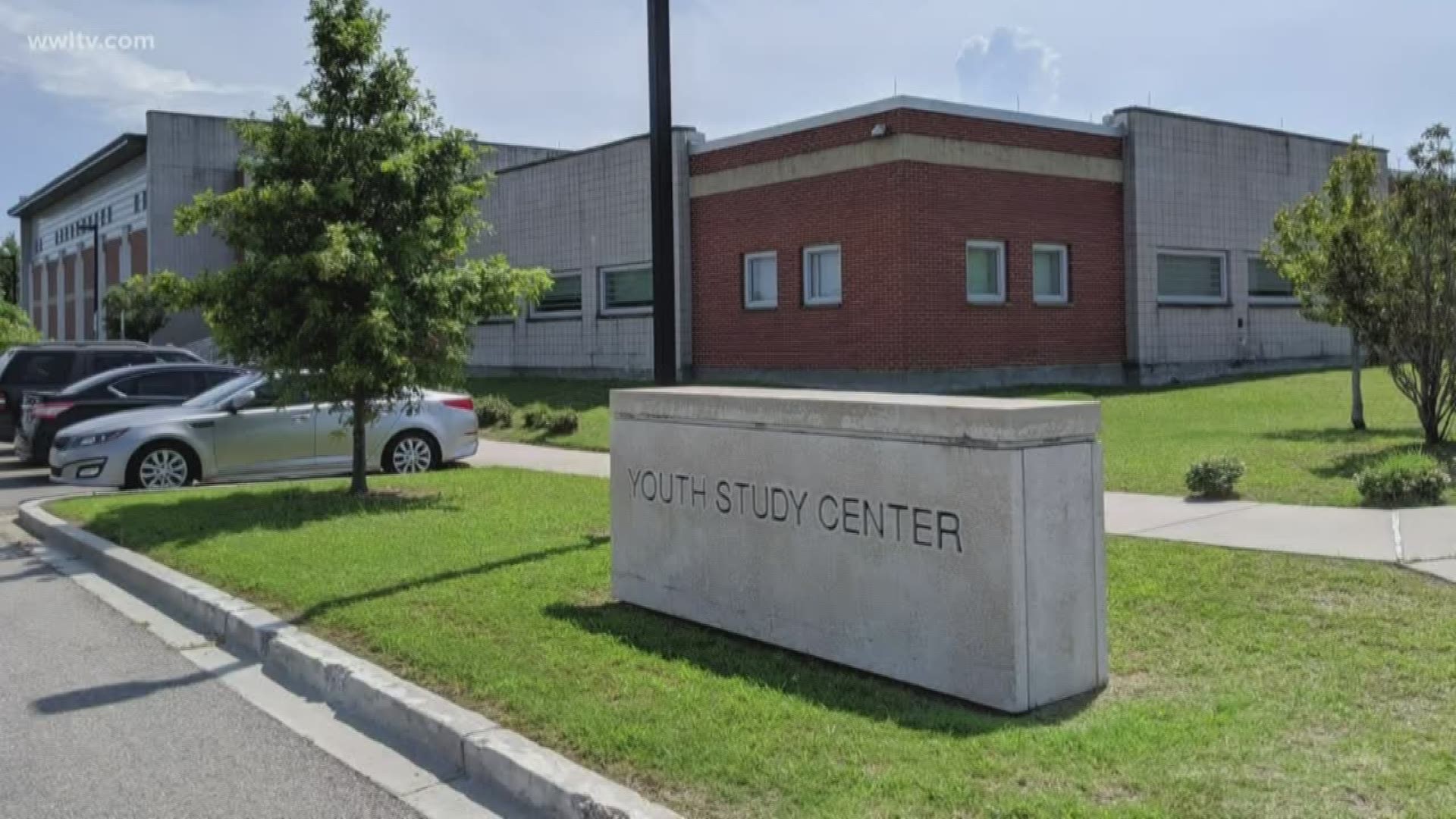 NEW ORLEANS — A police report detailing a lockdown at New Orleans’ juvenile jail last week sheds some new light on what happened, a week after Mayor LaToya Cantrell and District Attorney Leon Cannizzaro clashed over how serious the incident was.

The incident report says four police officers went to the Juvenile Justice Intervention Center in Gentilly, formerly known as the Youth Study Center, to help move a particularly violent inmate to isolation the evening of Aug. 15.

When they arrived at the center around 8:30 p.m., the jail’s unarmed staff told the officers they believed five-to-seven armed inmates were preparing a riot, the report says. The staff warned officers the inmates had fashioned shanks out of the ink pens they use while taking classes in the facility.

The officers found the inmates using furniture to barricade themselves in a dorm room and yelling threats at them and the center staff. The report says the staff was finally able to move the inmates into individual cells, and police then escorted the so-called “ringleader” to an isolation area without any violence.

But that was just the beginning. The report says the officers returned to the “general population” dorm area to find three inmates had locked themselves in a cell and wouldn’t come out. They broke the sprinkler system, setting off a lockdown at the facility, the report says.

Mayoral spokesman Beau Tidwell said those three inmates were among the group involved in the first incident and claimed to have weapons, which turned out to be false.

The officers had to call in the SWAT team because they had not been “trained/equipped to handle barricaded subjects,” the report says. 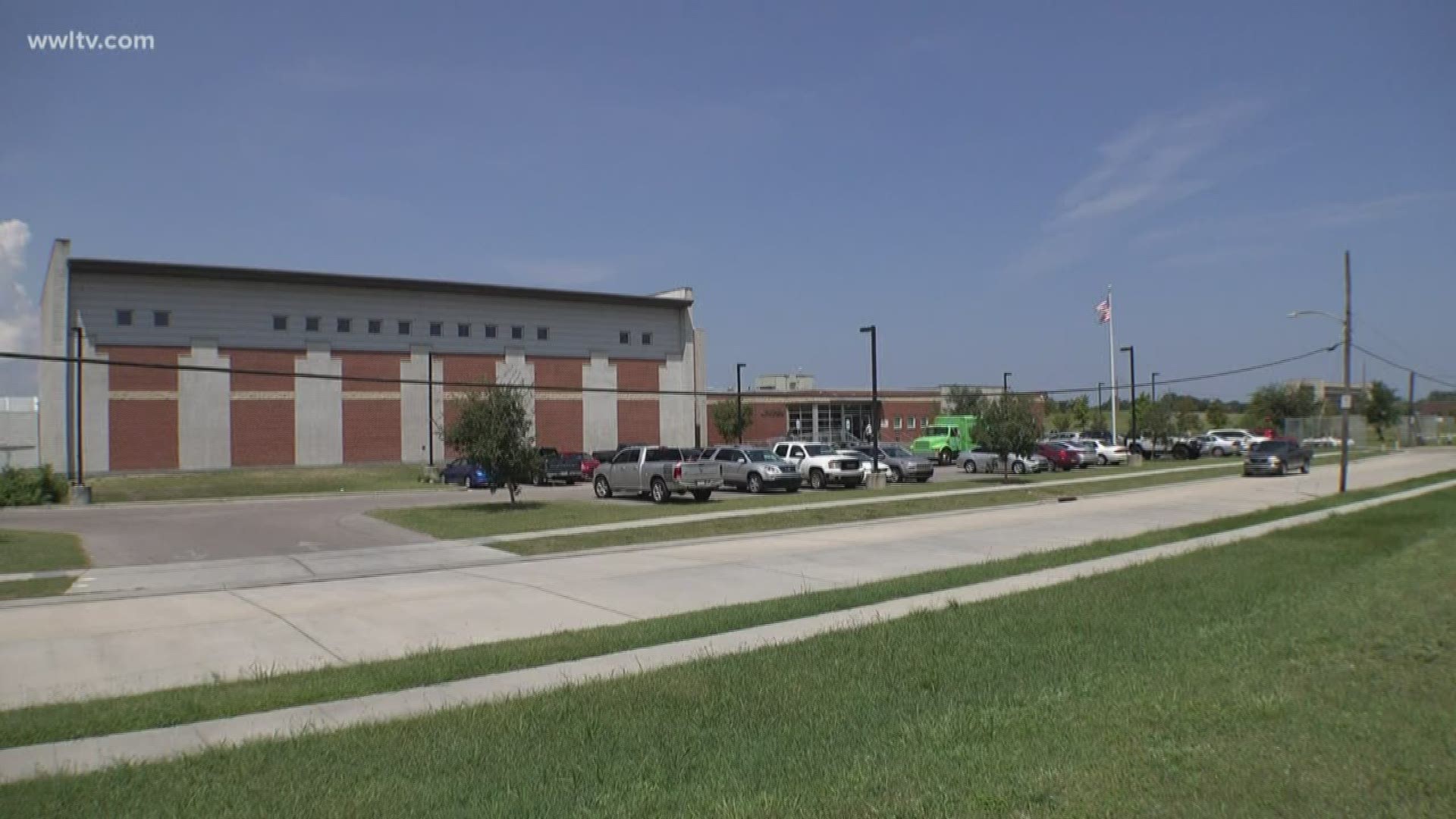 A Special Operations Division team of six officers and a medical technician arrived to negotiate with the three inmates. They managed to get them out and into individual cells without any injuries, the police report says.

No arrests were made, which caused Cannizzaro concern last week.

“The disturbance was dangerous and out of control, and not quickly quelled. Yet, it also is my understanding that no arrests have been made in connection with the outbreak,” Cannizzaro said in a statement Aug. 16.

But Cantrell and Cannizzaro’s offices did agree to ask judges to move two of the inmates facing violent crime charges to the city’s adult jail. Latrell Alexis, 16, who faces a murder charge, and Michael Gonzales, 15, charged with armed robbery,  were transferred to the Orleans Justice Center on Aug. 16 and Aug. 22, respectively, Cannizzaro’s office said.

It’s unclear from the police report how long the whole process took, but 9-1-1 call records show a police radio call went out at 9 p.m. and the incident wasn’t marked “closed” until 11:58 p.m., almost three hours later.

Mayor LaToya Cantrell said she “beat the negotiators to the scene,” and stayed until the end. The police report says she was joined by five top police commanders, including NOPD Deputy Chiefs Paul Noel and John Thomas.

It’s also unclear from the report whether the three juveniles who were confronted by Special Operations had weapons, as the original group of inmates in the dorm room supposedly did.

Officials’ descriptions of that changed several times last Friday. First, Cannizzaro’s office said there was a riot. Then, center director Kyshun Webster, who works for the mayor, held a news conference and said the three who were in the cell together had homemade weapons and made “homicidal threats.”

But a few hours later, Cantrell called another news conference and appeared to contradict that.

“No, they didn’t have any knives,” she said. “It was not a riot at all, but it was a disruption and the staff’s inability to address the inmates at the time.”

Tidwell clarified Friday that Webster was mistaken when he said the three inmates had weapons. Tidwell said the center staff and police believed the inmates had shanks, but it turned out they did not.

"The Mayor accurately described the situation at the JJIC in her conversations with media the following day," Tidwell said. "As she stated, characterizing the event as a ‘riot’ is inaccurate, and does not reflect what actually happened."

Tidwell added: “Initial descriptions and preliminary information exchanged during a public safety operation are by definition incomplete. The actual event that night -- three young people barricading themselves in a room -- was indeed a disturbance, but did not escalate to a ‘riot’ in any sense.”