The report details a complaint from WWL Radio and Entercom, its parent company, that alleges Dunlap had money problems, a possible motivation for the actions. 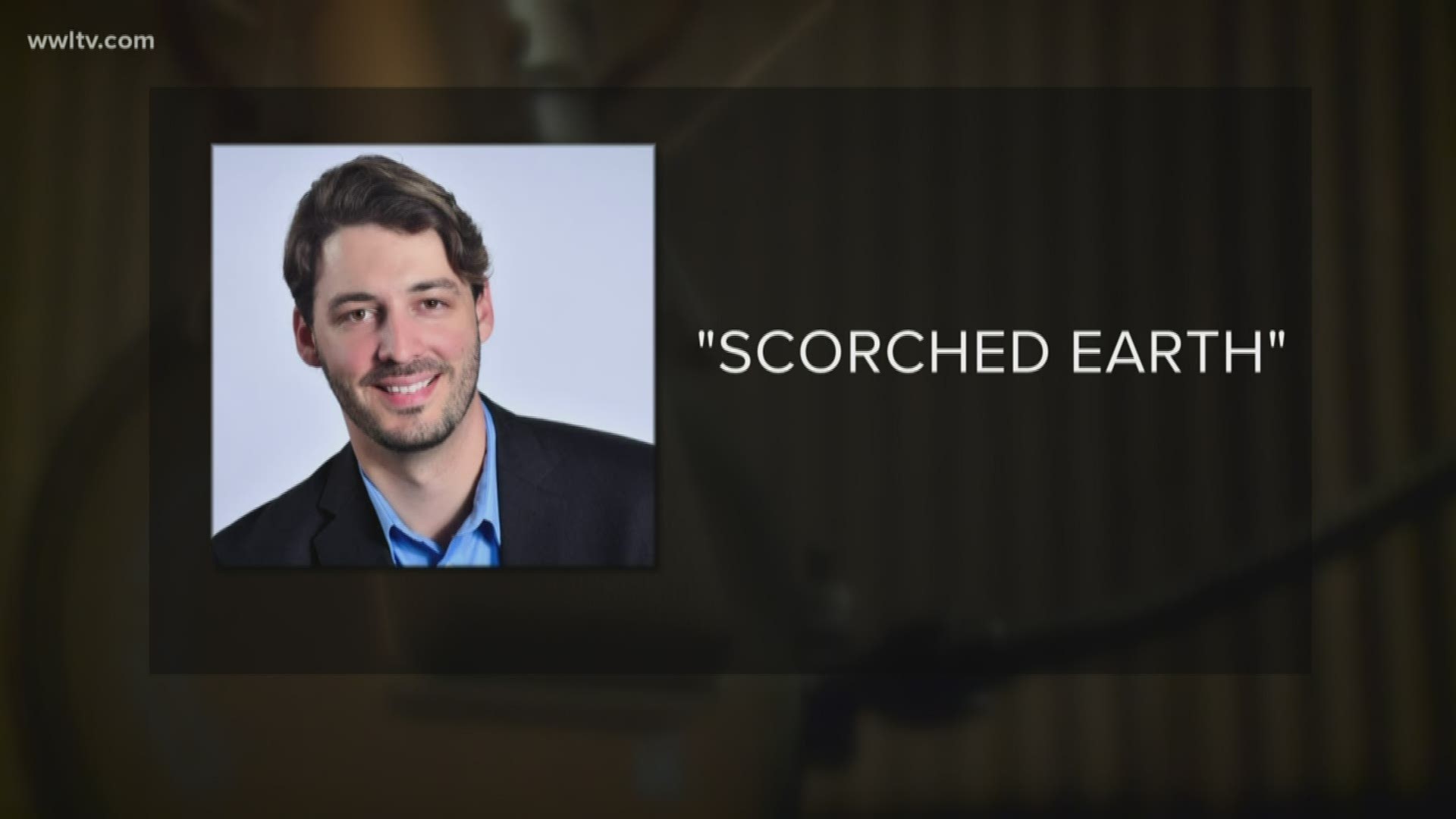 NEW ORLEANS — WWL Radio and its parent company believe Seth Dunlap sent the homophobic tweet from the station’s Twitter account that disparaged the sports host. And they say Dunlap sent it in an attempt to extort close to $2 million from the company.

The information is in a police report obtained by The Times Picayune| New Orleans Advocate through a public records request.

The report, taken on Tuesday, Sept. 24, at 5 p.m., details a complaint from WWL Radio and Entercom, its parent company, that alleges Dunlap had money problems, a possible motivation for the actions.

The report states that Kevin Cassidy, the senior vice-president and market manager for Entercom New Orleans, came to police with the extortion complaint.

WWL Radio claims that an investigation of the company’s internet system, software and hardware discovered that the tweet had been sent from an IP address associated with Dunlap’s cellphone. The company also said that it has been receiving letters recently regarding wage garnishment for personal debts Dunlap has.

Megan Kiefer, Dunlap's lawyer, said the report to the police does not include, "any documentary or supportive evidence other than Entercom's false, defamatory and self-serving statements."

Dunlap has been on a leave of absence since a tweet appeared on the WWL Radio Twitter account that referred to him using a homophobic slur. Dunlap hosted a weekly nighttime talk show on the radio station.

The police report also said that Michael Banks, a member of the Entercom legal team, said that the team met with Dunlap and his legal counsel on Sept. 12, two days after the Tweet. During the meeting, Banks said that Dunlap asked the legal team how much money they would pay him before he went “scorched earth” about the incident.

WWL Radio’s allegations say that surveillance video from security cameras in the building show that Dunlap was seen entering his office and closing the door right before the homophobic tweet was published.

WWL Radio also alleges that a short time after the tweet was deleted, Dunlap’s personal Twitter feed showed posts from him regarding seeing the tweet in question. A short time later he leaves his office and shows an associate his cell phone.

Kiefer said Wednesday that Dunlap intended to sue WWL Radio and Entercom about a “hostile” work environment. She said that Dunlap took a polygraph test to show that he was telling the truth about not sending the inflammatory tweet.

"The lie detector test that Mr. Dunlap voluntarily took and passed speaks for itself. Mr. Dunlap categorically denies he was responsible for this tweet and the lie detector results prove that, in addition to the fact that it is undisputed that he did not have access to the WWL Twitter account, nor did he have the password for same," said Kiefer's statement released Thursday.

We are in receipt of the police report filed by Entercom, which we received from the media and which does not contain any documentary or supportive evidence other than Entercom’s false, defamatory, and self-serving statements. The lie detector test that Mr. Dunlap voluntarily took and passed speaks for itself. Mr. Dunlap categorically denies he was responsible for this tweet and the lie detector results prove that, in addition to the fact that it is undisputed that he did not have access to the WWL Twitter account, nor did he have the password for same. As of today, Entercom still has produced no documents to us or the public to substantiate their defamatory claims despite repeated requests for same. Incredibly, the last sentence of the police report states that they have even refused to produce documentation to the NOPD. It is truly reprehensible that they would be attempting to blame the victim of its own anti-LGBT culture, and they are only compounding the severe damage that Mr. Dunlap has experienced at the hands of Entercom. Further, Mr. Dunlap vehemently disputes the statements made by Entercom to the NOPD, which are littered with falsehoods. Mr. Dunlap has fully cooperated with Entercom in its investigation. Last week, Entercom approached Mr. Dunlap to discuss settlement, stating that they had cleared Mr. Dunlap as the source of the tweet. The meeting was attended by Entercom counsel and its corporate lawyers. On September 24, Entercom interviewed Mr. Dunlap for over an hour before unethically, improperly, and illegally accusing him of extortion in order to scare him into accepting little to no compensation for the company’s actions. Incredibly, only after those settlement discussions broke down did Entercom refer this matter to the NOPD, which speaks volumes relative to their intentions. Mr. Dunlap welcomes the NOPD investigation, and is thankful the investigation is finally in the hands of an independent agency.

Ed. Note: WWL-Radio is a partner of WWL-TV for the purposes of sharing content. The radio station is not affiliated with WWL-TV.