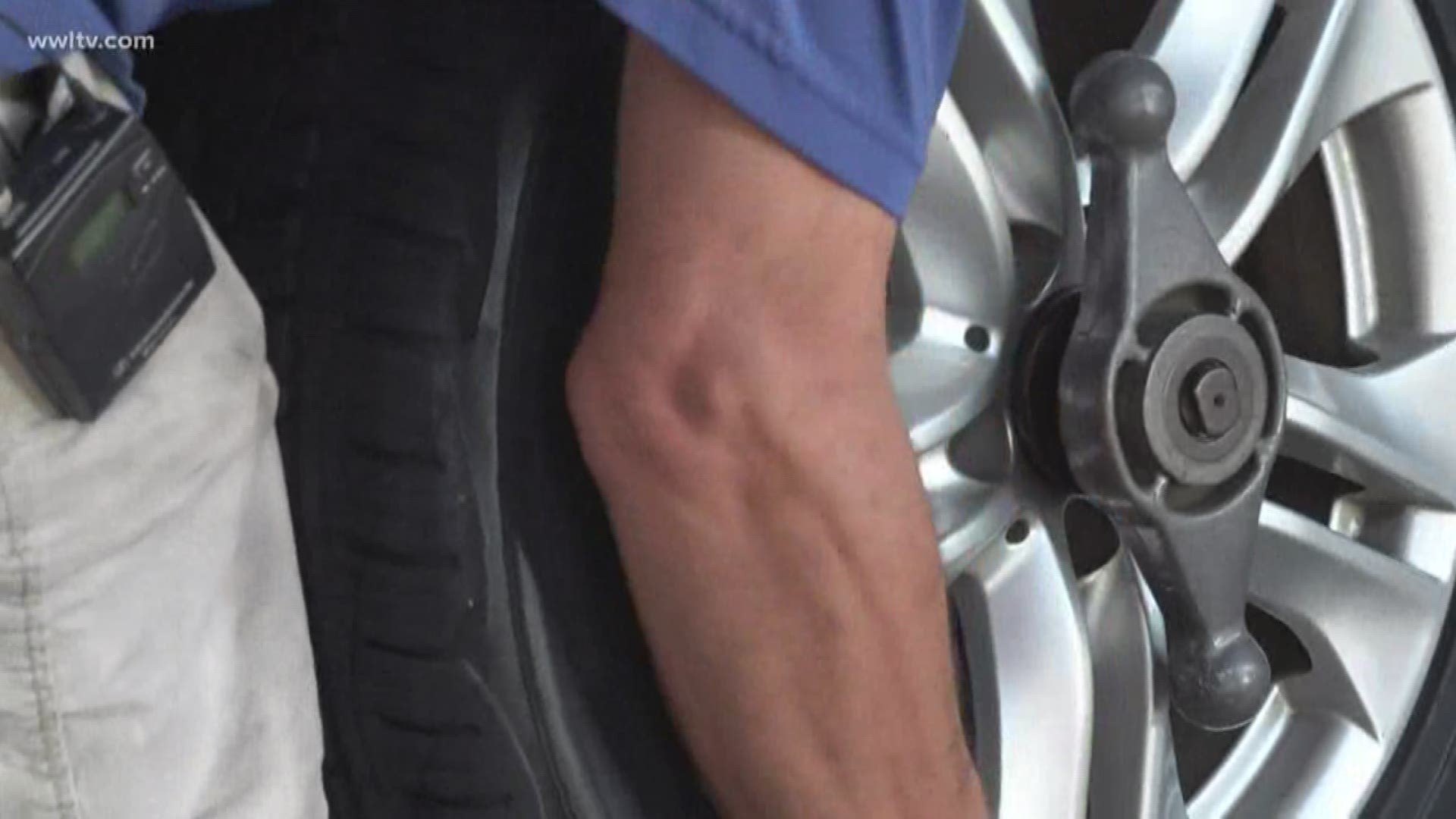 NEW ORLEANS — Driving along New Orleans roads can get bumpy and your wallet might agree.

A national research group, TRIP, looked in to what this is costing drivers every year.

According to TRIP, driving on deteriorating, congested roads that lack safety features costs Louisiana drivers a total of $6.9 billion each year and New Orleans drivers an average of $2,159 each year.

"Especially for this area, definitely," Sparh said."Bent rims, cracked rims, it's not just tires, it's a little bit of everything."

The report claims New Orleans drivers annually spend an additional $657 on vehicle operating costs like car repairs because of roads, an additional $1,103 on gas because of congestion, and $339 on lack of safety features that cause accidents.

"They're mostly unpredictable, like you'll drive down one street one day and the next day there will be a pothole or it will be flooded," said Amy Rougelot, who has had to get two tires repaired in the last two months and has had her car flood twice.

The report doesn't include water damage from street flooding, but that's something New Orleans drivers have to deal with too. Combine that with poor roads and pot hole damage and it can add up.

"We had to get new axles because of potholes and that was a couple thousand dollars," Rougelot said.

Compare New Orleans numbers in the report to the rest of the state and it's all pretty close with Baton Rouge drivers spending even more.

To report pot holes on New Orleans roads call 311. If its a state road or highway, call the Louisiana Department of Transportation.