The protests continue a week of peaceful demonstrations in the Greater New Orleans area. 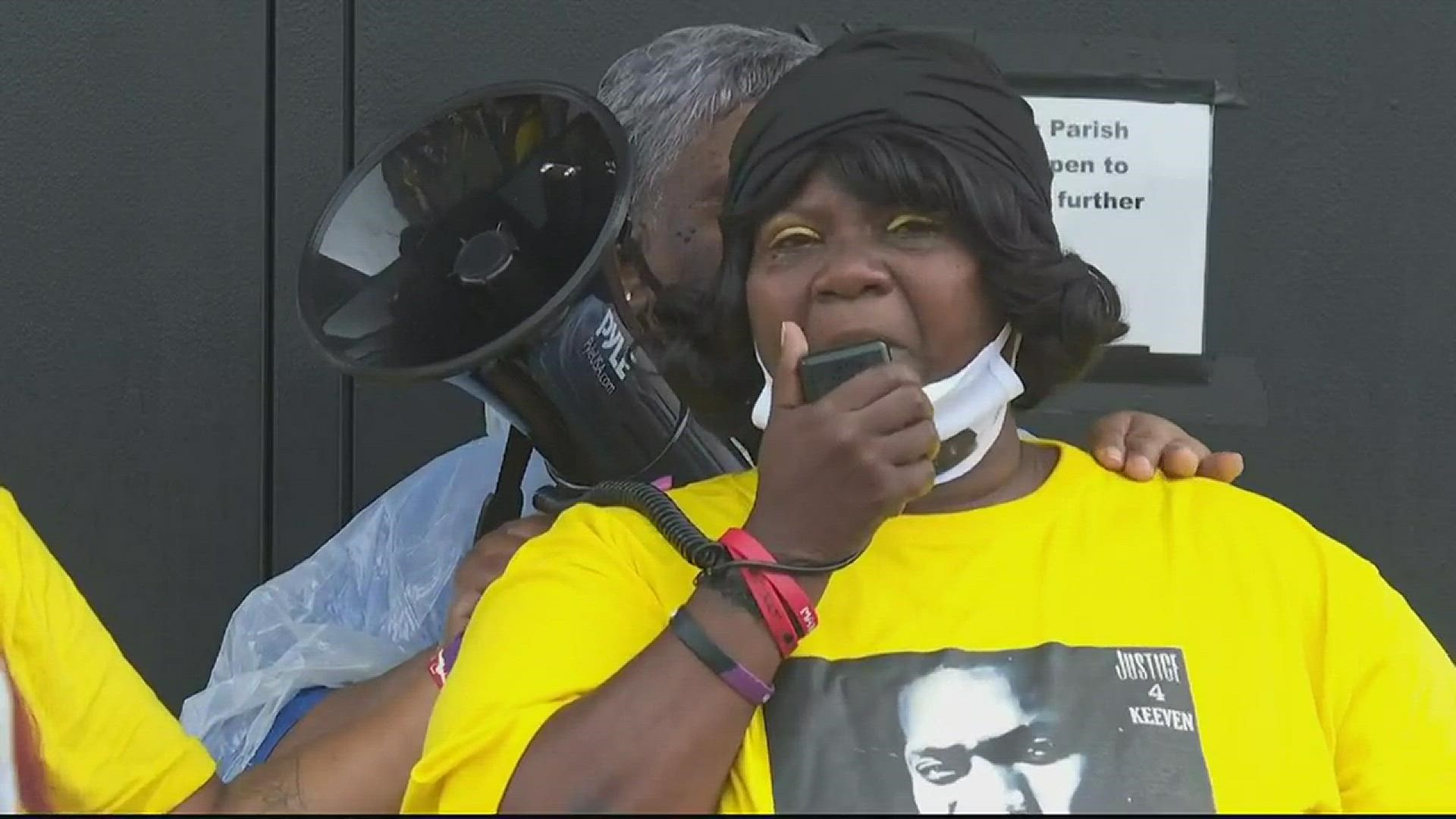 NEW ORLEANS — Protesters gathered across New Orleans and Jefferson Parish Saturday to speak out against police brutality and call for change.

In Jefferson, protesters gathered outside the Frank Lemon Gym on Causeway Boulevard to listen to the families of black men killed by police, including the families of Keeven Robinson and Modesto Reyes.

The sheriff's office says that Reyes died after he pointed a gun at a deputy and a video from a TASER camera, observed by an Eyewitness News crew, seemed to show Reyes with guns in his hands as officers fired.

His family and friends don't believe that happened and have said he isn't the type of person who would engage in such behavior.

Robinson was killed during a struggle with four under-cover narcotic agents as they tried to arrest him more than two years ago. The cause of death was homicide, according to Jefferson Parish Coroner Gerry Cvitanovich.

In New Orleans, protesters gathered a City Park before marching through the Lakeview and Mid-City neighborhoods.

Earlier in the day, protesters gathered in Mid-City to call for change in the Krewe of Nyx leadership after Nyx posted a response to the protests across the country on social media saying "All Live Matter."

"We've felt ignored, mistreated and silenced by you for a while now, but for us--members of a krewe with such a large population of Black women--the used of the hashtag #AllLiveMatter along with the statement "our souls are the same color" on official Nyx social media pages that are supposed to represent us, made us feel even more silence by you," a statement from organizers said.

Friday, housands of protesters filled the area around Jackson Square and St. Louis Cathedral as a series of speakers called for an end to police brutality and drastic changes to police departments across the country.

Protests have been peaceful in New Orleans, except for on Wednesday night when NOPD officers refused to let marchers cross the Crescent City Connection and fired tear gas to disperse the crowd.

The possible use of rubber bullets by officers is also being investigated by NOPD.