“This is about supporting our heritage and our history, something that we often overlook but we’re not overlooking it anymore,” said one of the protesters. 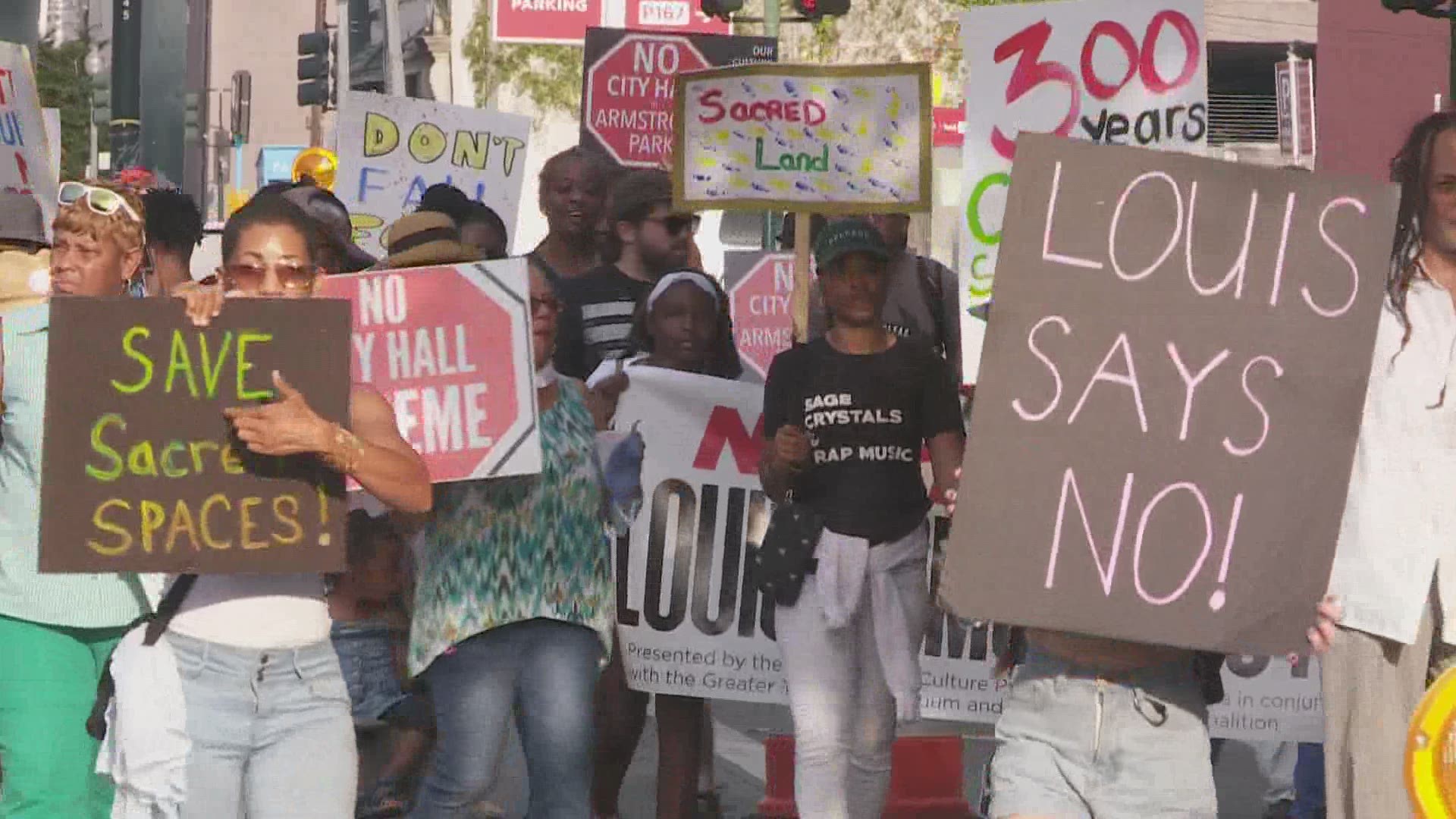 NEW ORLEANS — A large crowd of protestors in New Orleans made their way from Louis Armstrong Park to City Hall with a message for the city’s administration that they don’t want city hall moved to the Municipal Auditorium in the park. The opposition is nothing new, but it’s growing fast.

With each step Thursday there was a louder call of opposition.

“I want the folks of New Orleans to know that we have a fight on our hands,” said protester Cheryl Vallery.

“This is about supporting our heritage and our history, something that we often overlook but we’re not overlooking it anymore,” said one of the protesters as he spoke to the crowd.

Part of the Treme Neighborhood, residents argue moving city hall to the park would erase culture and history, especially around Congo Square. Protesters say the city is not listening, so protests are getting louder and bigger.

“This move, this land grab because that’s what it is, to me it’s filled with arrogance and egotism,” said musician Davell Crawford

As opposition grows, some city leaders are lending their voices as well, including councilwoman Kristin Palmer who says the city must listen to the community.

“We can’t possibly have a place that represents us if the community does not want it to be here,” said District “C” Councilwoman Kristin Palmer.

Despite opposition, Mayor Latoya Cantrell has said the city is moving forward with the next steps in the process. That comes as $38 million in FEMA money is set to expire if this city doesn’t use it. That money was set aside to repair the Municipal

“It’s maximizing the opportunity that we have to address challenges that we face not only with this building but also the Municipal Auditorium,” said Mayor Cantrell during a news conference earlier in the week.

“Yes, city hall deserves to be upgraded, we all know that, possibly moved, possibly built a new from the ground up but it is not and has not and will never gain the right and the local people’s support to be moved to this place,” said Crawford.

A place protesters say they’ll keep fighting for to keep the city’s hands off of it.