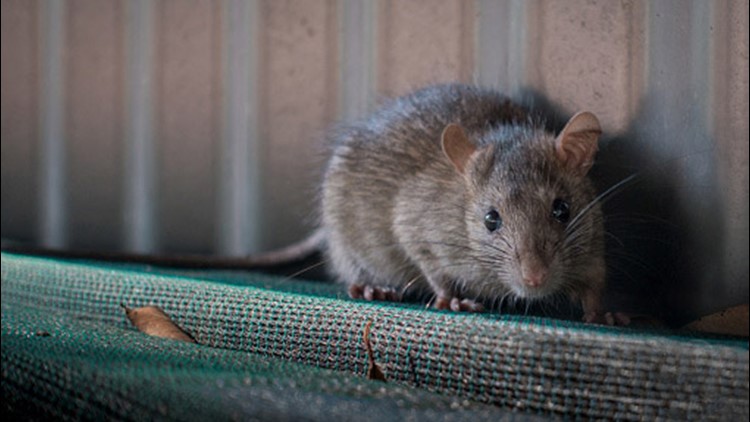 NEW ORLEANS (AP) — One tenant catches rats in spring-loaded traps. Another tries to open her oven door — and it comes off in her hands.

So goes another day at Peace Lake Towers.

The complex in east New Orleans is one of 19 Louisiana sites that failed health and safety inspections in 2018 alone, according to an Associated Press review of federal housing data nationwide. Since 1999, 12% of Louisiana inspections ended in failing scores — the worst rate in the country, a January data release shows.

Conditions at Peace Lake Towers are similar to those at many private, taxpayer-supported apartments for low-income tenants around the country.

Michael Allen says he's caught five rats in the traps in his apartment in less than a week.

Neighbor Angela LaSalle complained to a reporter that her kitchen range wasn't working right. When she tried to demonstrate the balky door, it fell off.

Tenants also complain of unreliable air conditioners in the state's hothouse climate and limited hot water for bathing and washing clothes. They say strangers make their way into the building at night, sometimes sleeping in hallways or going to the bathroom in halls or elevators.

Housing experts say apartment building owners in Southern communities with low rents can have trouble raising enough cash for repairs. Peace Lake Towers scored 24 out of a possible 100 in an inspection in January 2018 for the U.S. Department of Housing and Urban Development, which subsidizes rents there.

That's part of a national decline in inspection scores since 2007, AP found. Yet operators keep collecting payments and face few serious consequences, according to contract data released by HUD.

The AP analyzed HUD's inspection data for privately owned apartments where needy tenants are assigned under the federal Section 8 program. The government typically pays two-thirds of a tenant's rent directly to the landlord under multiyear contracts.

Peace Lake Towers — a six-story building with units for low-income people who are disabled or over age 55 — scored an 86 in a HUD inspection as late as 2015. Yet Allen, 61, who has had two strokes, moved in that year and said he had problems right away.

He was told soon after moving in that he would have to leave for several hours because of a bedbug infestation. He said a storm several years ago sent water in through an air conditioning unit and flooded much of his apartment.

She said Cleveland-based Millennia plans a complete rehabilitation to fix the problems once the sale is complete. Meanwhile, she added, "We are managing the property and making repairs as we go." New hot water tanks were expected to improve reliability. And, she said, the company has stepped up security at the complex.

The current owner is Global Ministries Foundation, which has come under criticism in other places for the condition of affordable housing it owns. Last July, Florida's two U.S. senators wrote HUD Secretary Ben Carson about unsafe conditions at two of the foundation's apartment complexes, including ceiling leaks, mold and mildew.

Global Ministries Foundation did not respond to email or phone messages seeking comment.