Recycling may stop in Orleans and Jefferson Parishes on May 17 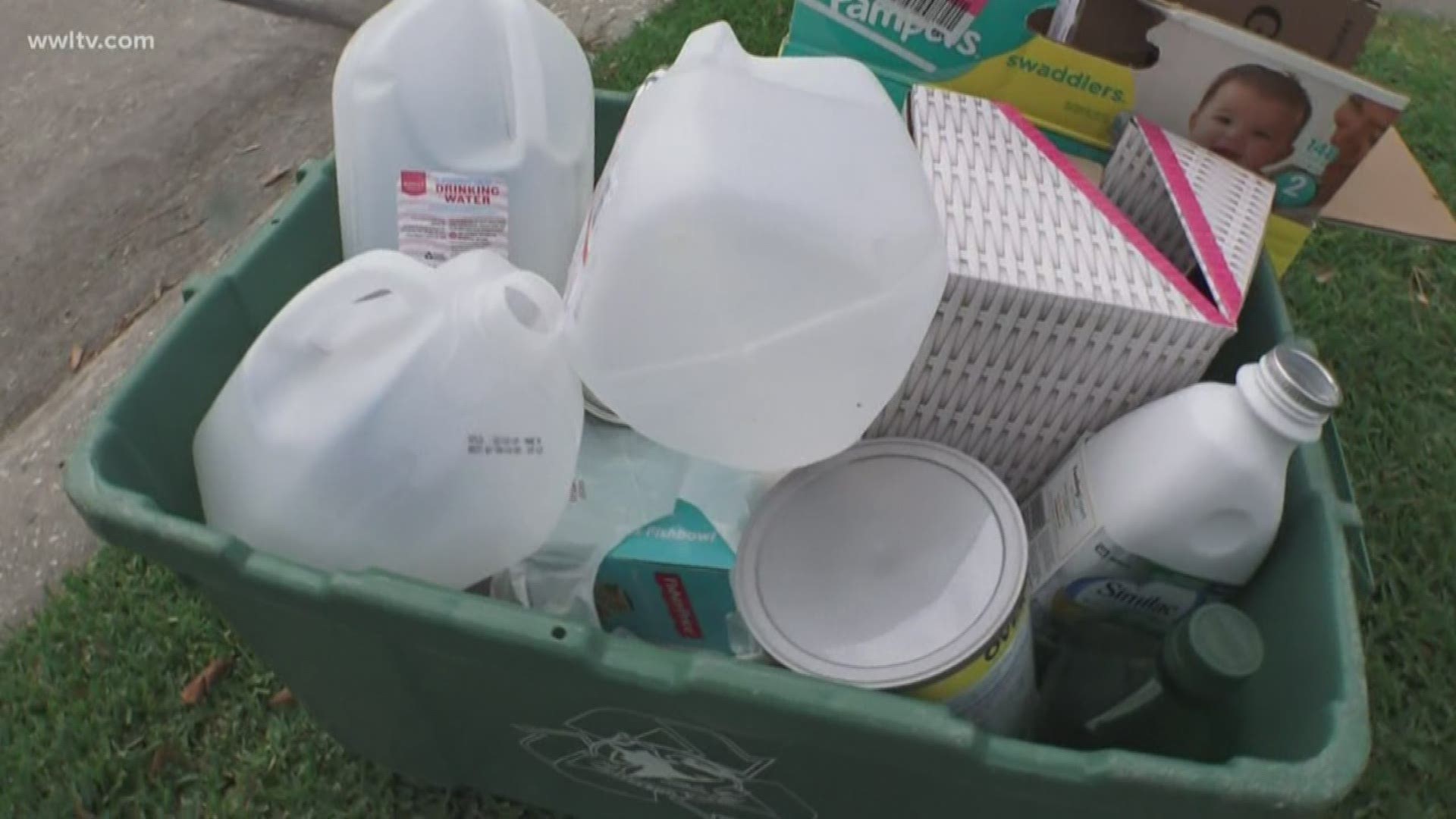 Curbside recycling could be a thing of the past.

Orleans and Jefferson Parish officials are scrambling to find a new recycler after Republic Services announced they will no longer take household recycling at their facility in Metairie.

According to Green, the city’s primary garbage hauler, Metro, informed the administration in late April that Republic Services would no longer take household collections at its facility in Metairie starting on May 17.

When Eyewitness News contacted Phoenix-based Republic Services, a spokesperson explained their decision is based on the high contamination rate in household recyclables.

Contamination rate is a measurement of how much non-recyclable material ends up in your recycling bin.

China, the world's largest importer of recyclables, has set a 0.5 percent contamination level requirement for what they’ll accept, while the US average is 30 percent.

“Contamination is a challenge affecting cities large and small across the country. For decades, china was the world’s largest importer of recyclables, but their new environmental policy has set standards that are difficult to meet, and it has upended the global recycling market,” a spokesperson for Republic Services said. “There simply are no longer markets in this region for the excessively contaminated recyclables brought to our facility by the city’s two main haulers, and we have informed them that they may utilize our facility in Baton Rouge should they so choose.”

What happens next remains to be seen, but Orleans and Jefferson Parish officials both assured us they’re exploring all options looking for a solution.