Remembering the man who built The National WWII Museum

It was an idea from legendary University of New Orleans history professor Stephen Ambrose. 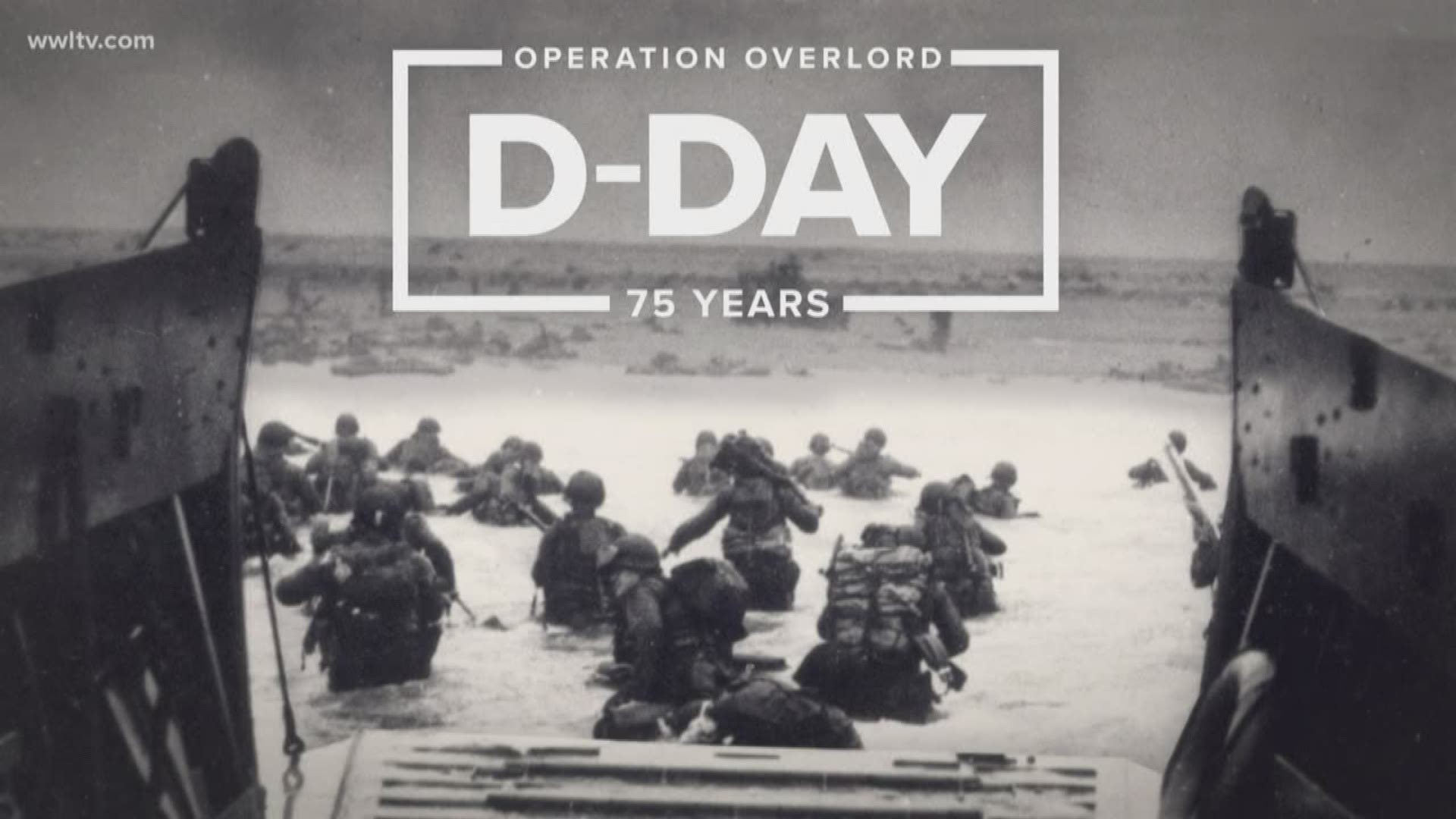 NEW ORLEANS — On this 75th anniversary of D-Day, it is fitting to remember that the institution we now know as the National World War II Museum began as the D-Day Museum.

It was an idea from legendary University of New Orleans history professor Stephen Ambrose. He and fellow UNO historian Dr. Gordon “Nick” Mueller conceived the museum as a place to tell the story of the D-Day invasion, with a particular emphasis on New Orleans' role in building the Higgins landing craft that made the Allied invasion possible.  In 1999, Dr. Ambrose talked to WWL-TV as the museum was still being built.

“Well, it is going to be very big and it is the only museum, not only in the United States but in the whole world, that is going to cover all of the D-Days, in Normandy, obviously but also North Africa and Sicily and Italy and all the ones in the Pacific,” Ambrose said at the time.

“In every invasion of World War II, the men who carried out the invasion rode to the beach in boats built in New Orleans by Andrew Higgins,” he said. Higgins Industries built 20,000 of the LCVP, or Landing Craft, Vehicle, Personnel.

“That’s the one that you see at the opening of ‘Saving Private Ryan,’” Ambrose explained. “He (Higgins) shipped them out all over the world and they're the ones that were used.”

Ambrose famously recalled that when he first met Gen. Dwight D. Eisenhower, he credited Higgins with a monumental impact on the Allied success in World War II.

“He said, ‘If he hadn't developed and built those Higgins boats, as they called them, we never could have gone in over an open beach. It would have changed the whole strategy of the war.’”

Ambrose called Higgins a genius and said the contributions of Higgins and his thousands of local workers made the effort to build a D-Day Museum in New Orleans a “no-brainer.”

“When Eisenhower said that to me, I came back to New Orleans, I was teaching at LSUNO, as it was called at that time, and was determined to build something in New Orleans to honor this guy,” Ambrose said. “There was not a street named after him in this whole city, not a building named after him and so that's where the idea of a museum to honor Higgins for Normandy, and now it's for the whole Second World War.”

The museum opened on the anniversary of D-Day in the year 2000. There was great fanfare and a parade featuring World War II veterans from all branches of the service.

Shortly before he died in 2002, Ambrose, who had earned international acclaim for his books and lectures chronicling World War II, told us the museum was his proudest achievement.

“I'm very proud of it. Prouder of it than I ever thought was going to be possible,” he said.

“Very often when I go to the museum, I walk in and there's a group of high school or junior high students at this display and then over here is a group of veterans and they see each other and they are drawn together as the magnet draws the bits of metal,” Ambrose said in 2002. “And the kids go up to the veterans and ask ‘Were you in the war, sir?’ ‘Yes I was, son.’ ‘What did you do?’ and the veteran starts telling them and those kids are just awestruck.”