Rotating power outages: Why the lights went out in New Orleans, on the Northshore

The problem Tuesday -- everyone needed power at the same time, and there just wasn't enough to go around. 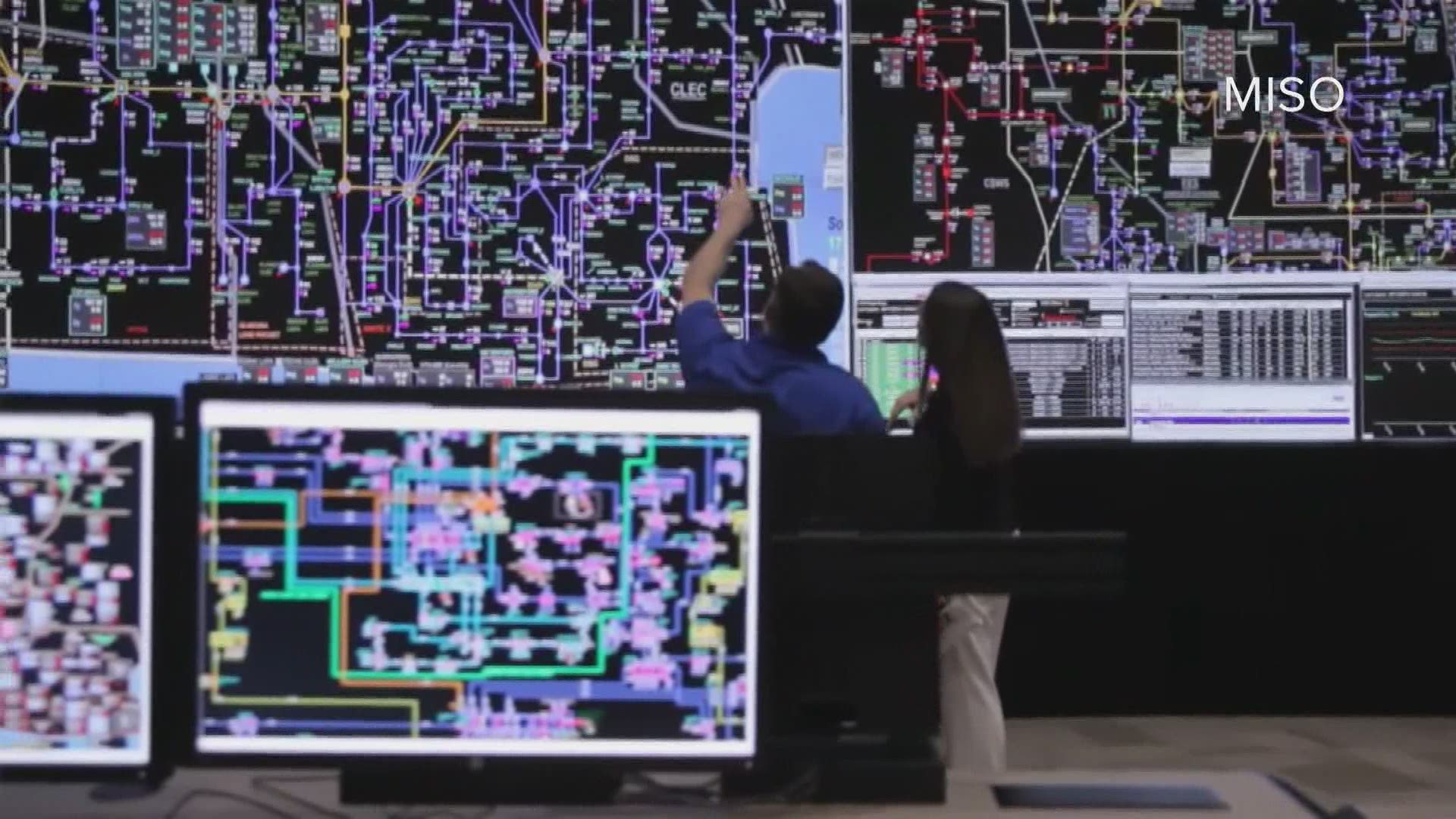 Almost as suddenly, lights went out for some people in New Orleans and St. Tammany Parish.

That was at the direction of MISO, the Midcontinent Independent System Operator.

The company describes itself as similar to an air-traffic controller, monitoring the flow of electricity across 15 states and one Canadian province.

If more power is needed in New Orleans, for example, MISO might look for plants that aren’t running at full capacity elsewhere and ask them to ramp up and send that power where it’s needed.

The problem Tuesday -- everyone needed power at the same time, and there just wasn't enough to go around.

That kind of imbalance can damage electrical equipment.

So, as a last resort, they asked companies to start pulling the plug.

“It's difficult to tell the person whose power went off, 'This is better for everybody,’” he said. “That's a very hard sell, but it is ultimately in the bigger picture it’s better for all of us that we manage it this way.”

Boissiere’s colleague on the Public Service Commission, Eric Skrmetta, says there could've been better communication about the blackouts, and that what happened will be investigated.

“I'm surmising they had to do it because of an emergency situation, and we'll clarify that next week,” he said. “Because otherwise there's no reason just to do a blackout.”

He said it isn't in any electric company's interest to stop the power from flowing.

“They lose money every time they're not selling (electricity,” he said.

Skrmetta said he has received word that some fuel suppliers did not deliver their supplies to some power plants, meaning that they could not properly operate.

He said the Public Service Commission will launch an investigation into that matter at its meeting next Wednesday.