“We’ve been here a long time. Every time we asked people to do something, nobody showed up. I’m happy and excited they showed up,” said Master P. 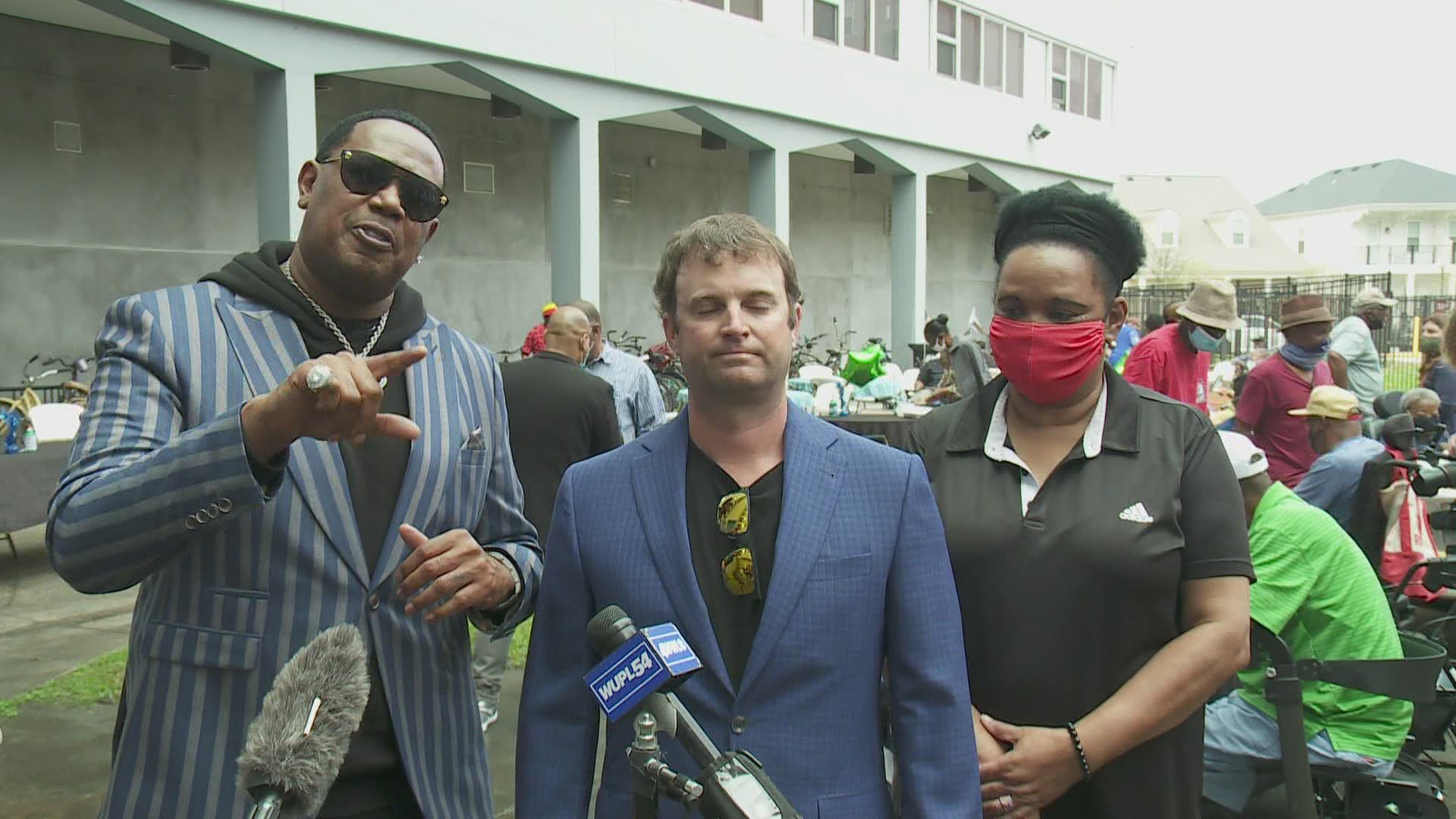 NEW ORLEANS — Rouses Markets opened a new grocery store Tuesday but it’s different from the ones we see around New Orleans and the metro area. It’s called “Guste Grocery” and it’s located in what many consider an underserved community.

In Central City, corner stores are often the only places to get something to eat. It’s a part of New Orleans urban life Percy Miller understood well before he became the rapper and entrepreneur Master P.

“We’ve had a lot of issues in this community with corner grocery stores, and nobody has done anything about it,” said Cynthia Wiggins.

Wiggins is the head of the Guste Homes Senior Facility on Simon Bolivar Avenue. It’s a public housing development where more than 400 elderly, disabled and low-income residents call home. Here, access to fresh food and groceries can be limited. It’s why the grand opening of a relatively small grocery store is such a big deal. Soon, the residents can make groceries at Guste Grocery without leaving the building. The store is in large part the vision of Rouses Markets.

In announcing Tuesday’s grand opening, everyone involved in the event certainly acknowledged the controversy surrounding Rouses in the past. When Donald Rouse Senior attended the now infamous Trump rally on January 6, it fueled a local debate about race, calls to boycott the supermarket chain and others to bash the so-called cancel culture. Tuesday was first time CEO Donny Rouse addressed the controversy on camera.

“I wasn’t involved in the controversy. That’s something my dad did on his personal time. It doesn’t involve Rouses supermarkets. We’re a good company we have over 7,000 great employees. We serve thousands of customers every day, so we’re here for communities like we’ve always been. We’re going to continue to grow with our communities,” said Donny Rouse.

The elder Rouse attended Tuesday’s event but did not speak on the past controversy. He has previously apologized for attending the January 6 rally. Even though he no longer had ties to the daily operations of the Louisiana based supermarkets, he stated his actions reflected on his family and the family company. Master P and others at Tuesday’s press event urged people to look beyond Donald Rouse Senior’s attendance at the Trump rally.

“None of us out here can point the finger and say is your life perfect? Have you done everything right?” asked Master P.

“What they’re doing here is what this community needs, and if anybody rejects what they’re seeing, then sorry for them,” said Cynthia Wiggins.

“We’ve been here a long time. Every time we asked people to do something, nobody showed up. I’m happy and excited they showed up,” said Master P.

The new store will operate Monday through Friday. Rouses and the Housing Authority of New Orleans have plans to open similar community stores at five other developments. Master P says rouses is putting their money where their mouth is. In many it’s where the need is as well.