This week, Academy of the Sacred Heart gathered up donations for people hit twice by powerful hurricanes. 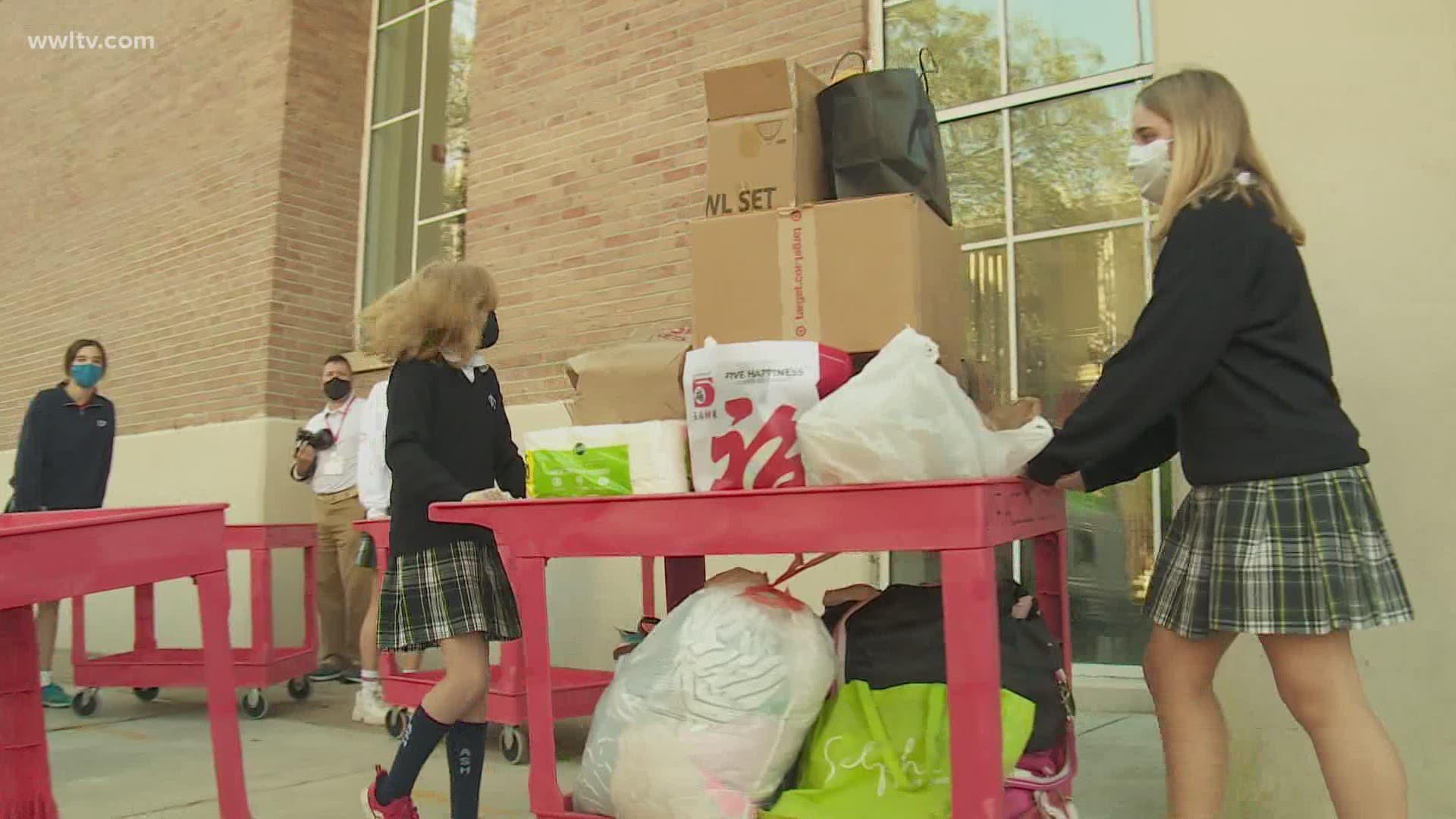 NEW ORLEANS — The destruction in Honduras after being battered by two hurricanes in two weeks rivals the worst natural disasters in that area's history.

And the loss has not gone unnoticed by some local students who decided to help.

Our story on one man collecting donations for Honduran hurricane victims inspired an entire student body.

This week, Academy of the Sacred Heart gathered up donations for people hit twice by powerful hurricanes.

“So I think that it's really important for us to be involved and help in any way that we can, because we've experienced Katrina,” said senior Katie Paige Gardes.

“When we saw the devastation in those communities, we knew it was a really important opportunity to give back,” said Charlotte Galloway, a senior.

“We're learning about helping others and we hope that others schools could learn the same thing,” added freshman Katherine Farris.

“Because of COVID, there's a lot of things we haven't gotten to do. One of our projects for 6th grade is building something together as a community, but we didn't get to do that this year, so we're building something individually,” Olivia Hainkel, a 6th grader, said of this project.

Contractor Carlos Bueso has lived in New Orleans for 35 years, but has never forgotten his original home in Honduras. Donations will bypass the Honduran government and be directly shipped to the schools and people with nothing.

He wears an American flag on his shirt, saying the U.S. government responds in disasters, but Hondurans don't have the same outreach.

“Americans open their hearts so wide to help my people. One water, one bottle of water for one of these kids in Honduras is amazing. It's a big thing,” he said.

RELATED: How to donate locally to help the victims of Hurricane Eta