City Communications Director Beau Tidwell maintains if the tax fails, there would be no money for additional security in the quarter. 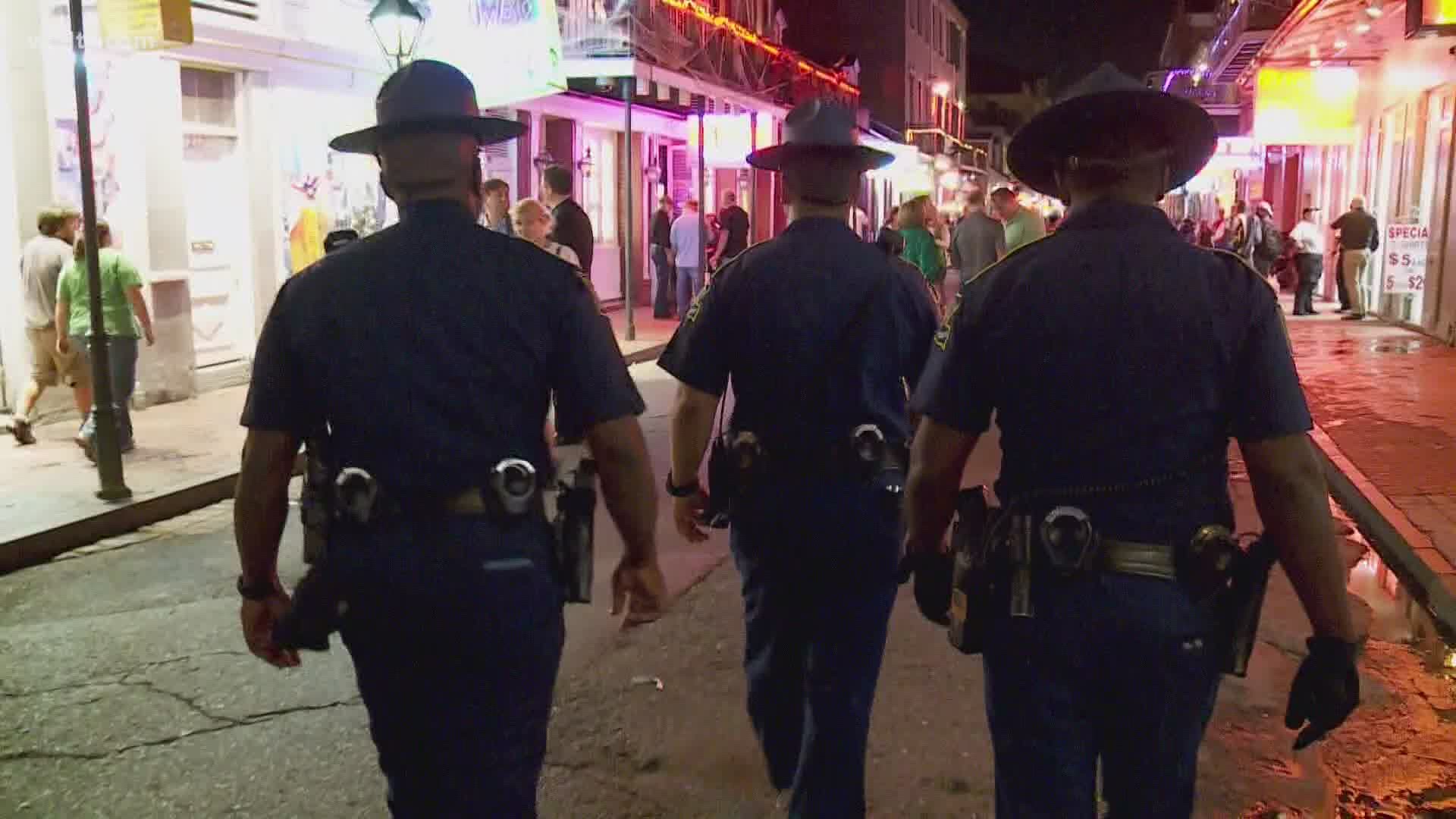 French Quarter residents and business owners are at odds with the city administration over how the revenue should be spent.

The quarter-cent sales tax that now pays for extra patrols in the Quarter is set to expire at the end of the year.

Voters first approved the tax 5 years ago to beef up security after a shooting on Bourbon Street left one person dead and nine injured.

“For the last 5 years every dollar of this tax gone to funding the Louisiana State Police being in the French Quarter,” Pendleton said.

Mayor Latoya Cantrell now wants to use half of the money to fund a new civilian Grounds Patrol.

The patrol would focus on quality-of-life issues instead of crime.

“I think five years later to change the game, if you will, by no longer solely funding POST certified officers and their programming is a bit disingenuous,” Pendleton said.

The FQMD is now urging voters to vote “no” on the tax renewal.

City Communications Director Beau Tidwell maintains if the tax fails, there would be no money for additional security in the quarter.

“Between the pandemic and the economic impacts that it’s had, the city, our residents, our businesses, everyone is facing a tremendous financial crunch,” Tidwell said.

The Vieux Carre Property Owners, Residents, & Associates and the French Quarter Business Association have also come out against the tax renewal.

“We would like to see the money stay in the district and be utilized by the stakeholders how best they see fit,” FQBA Executive Director Brittany Mulla McGovern said. “What we want are officers on the street and not civilians.”

FQMD officials said they have the resources to keep the supplemental police patrols in place through this spring.

That’s when they hope the city comes back with a different tax proposition. One that is more acceptable to French Quarter residents, business owners and employees.

“We just hope the city appreciates the error of their ways and will come back to the table and come up with something we can all support, so that everyone is safe in the French Quarter,” Pendleton said.

“Further delay could potentially create a hole in the security apparatus and that’s not something anybody wants to see,” Tidwell said.

Only voters in French Quarter precincts will cast ballots on the tax proposition.

The French Quarter Security Tax has brought in as much as $3 million a year.

But, due to the fall of in sales tax revenue amid the Coronavirus pandemic, it is now expected to bring in a maximum of about $1.8 million a year.