The school bus hit the car, dropped off a student, then hit the car again. 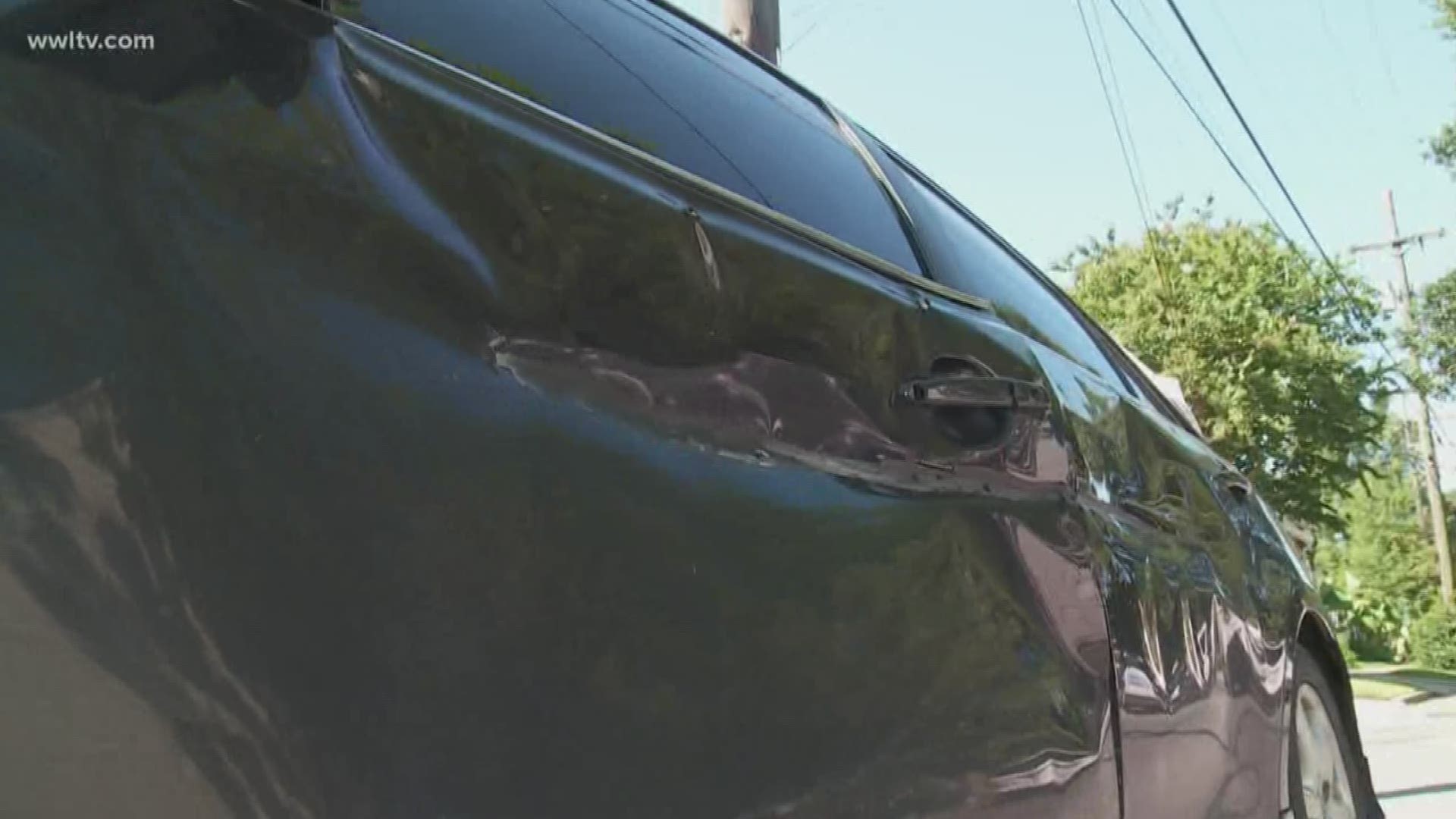 It was Wednesday afternoon when Maria Simmons' car was hit several times by a bus driver. She still doesn't know who the driver of the bus was.

"The mirror is messed up, you see pieces on the floor," Simmons said as she showed the damage to her car.

She parks her car right in front of her home on Joseph Street. She was inside her home Wednesday afternoon when her husband came in telling her he had bad news.

"That someone hit my vehicle and I thought he was playing with me, saying a joke," Simmons said. "And when I came outside I saw the damage on my vehicle."

A neighbor's security footage captured the incident. At 3:10 p.m., it shows a school bus hit the back of Simmons car. The bus backs up, drops off a student, then hits the car again. The bus then drives away to Camp Street.

The bus appears to be full of students.

"I see the kids inside the bus looking through the window," Simmons said.

Damage is visible all along the side of the car. The driver door can't be opened since the handle is falling off. Simmons plans to leave her car parked in front of her house until she finds out who is responsible.

"It's totaled, it needs two new doors," she pointed out.

Simmons called police and NOPD confirms they're looking into it. Still, two days later, Simmons doesn't know who the school bus driver was or where they came from.

"It made me upset about it, to be a person, an adult driving a vehicle that transports kids going to school," she said.

"Hoping that somebody sees something," she said.

It's incidents like this that she believes other parents need to know about," Simmons said.

"As a parent, I cannot allow my kids or grandkids to ride a bus anymore," she said.

WWL-TV is working to determine what bus and bus company were involved in the crash as well. We haven't confirmed it just yet, but are working to get updates.