“We’re just asking that all of New Orleans just do better with this crime, because it’s ridiculous.” 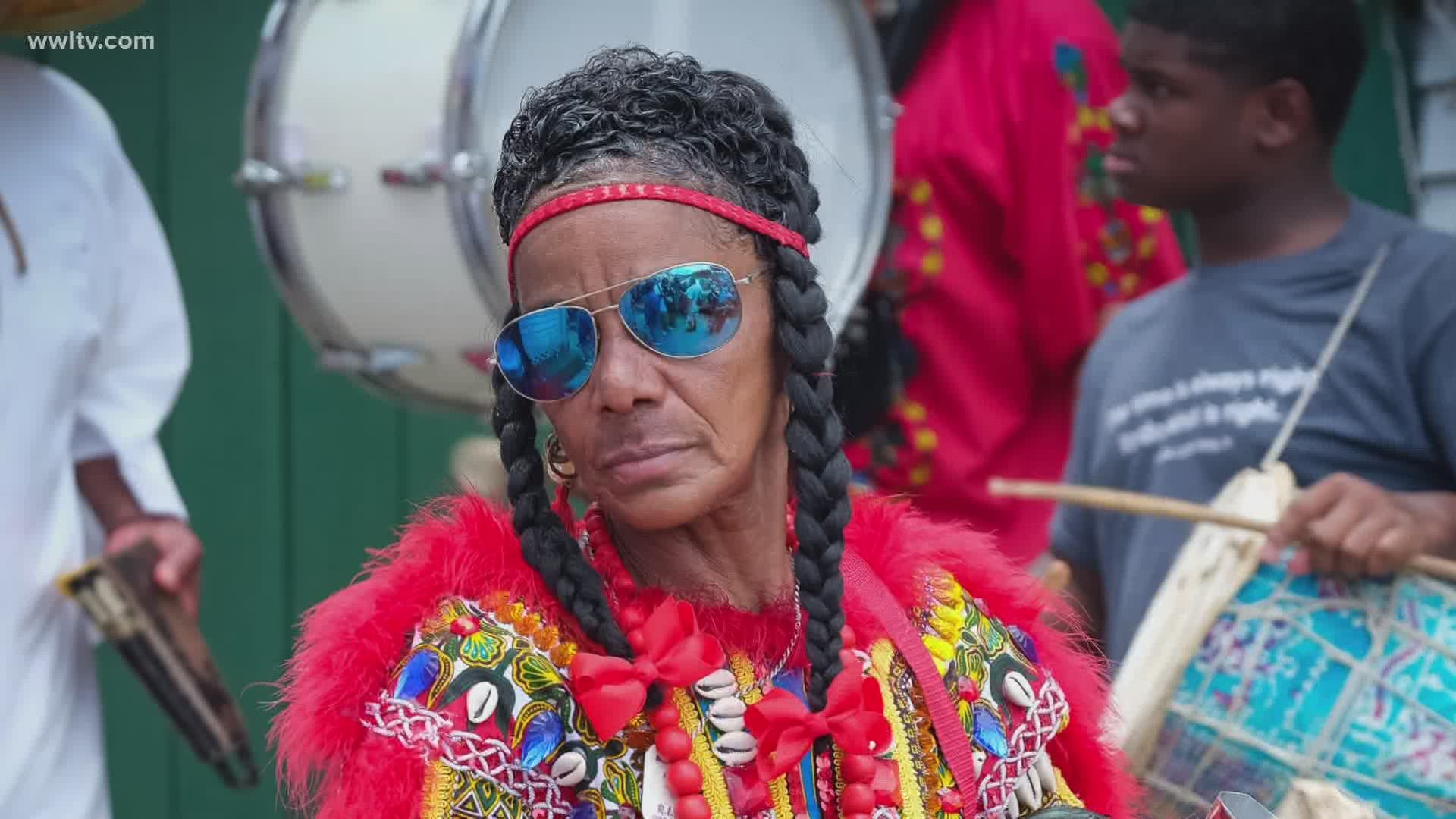 NEW ORLEANS — A business owner from the same strip mall where the shooting that killed happened said she was getting ready to close for the day when she heard two gunshots.

She said the shooting was unnerving but not surprising. Large crowds are common in the parking lot, she said, and security for the event hall where the repast was held doesn’t do enough to keep the peace.

“We have businesses here,” said the business owner, who declined to give her name. “We’re just asking that all of New Orleans just do better with this crime, because it’s ridiculous.”

Members of the Fi Yi Yi black-masking Indians, often called Mardi Gras Indians, gathered in the parking lot of the strip mall where the shooting happened about 15 hours earlier and where they sang and chanted in her memory.“

The queen ain’t never fooled with nobody for them to just kill her. She wasn’t that kind of person,” said Jack Robertson, a drummer and master designer.

“This was just a tragic accident.”“In the wrong place at the wrong time at a funeral paying her respects,” said spyboy Albert Polite.Robert Salter, a drummer, said he was angry about what happened.

“She was paying respect to someone and look what happened to her," he said. “She wasn’t the target.”