"We're always here to back each other up and make each other do better, even if it's academically or just skateboarding," said Johnston at Parasite Skate Park. 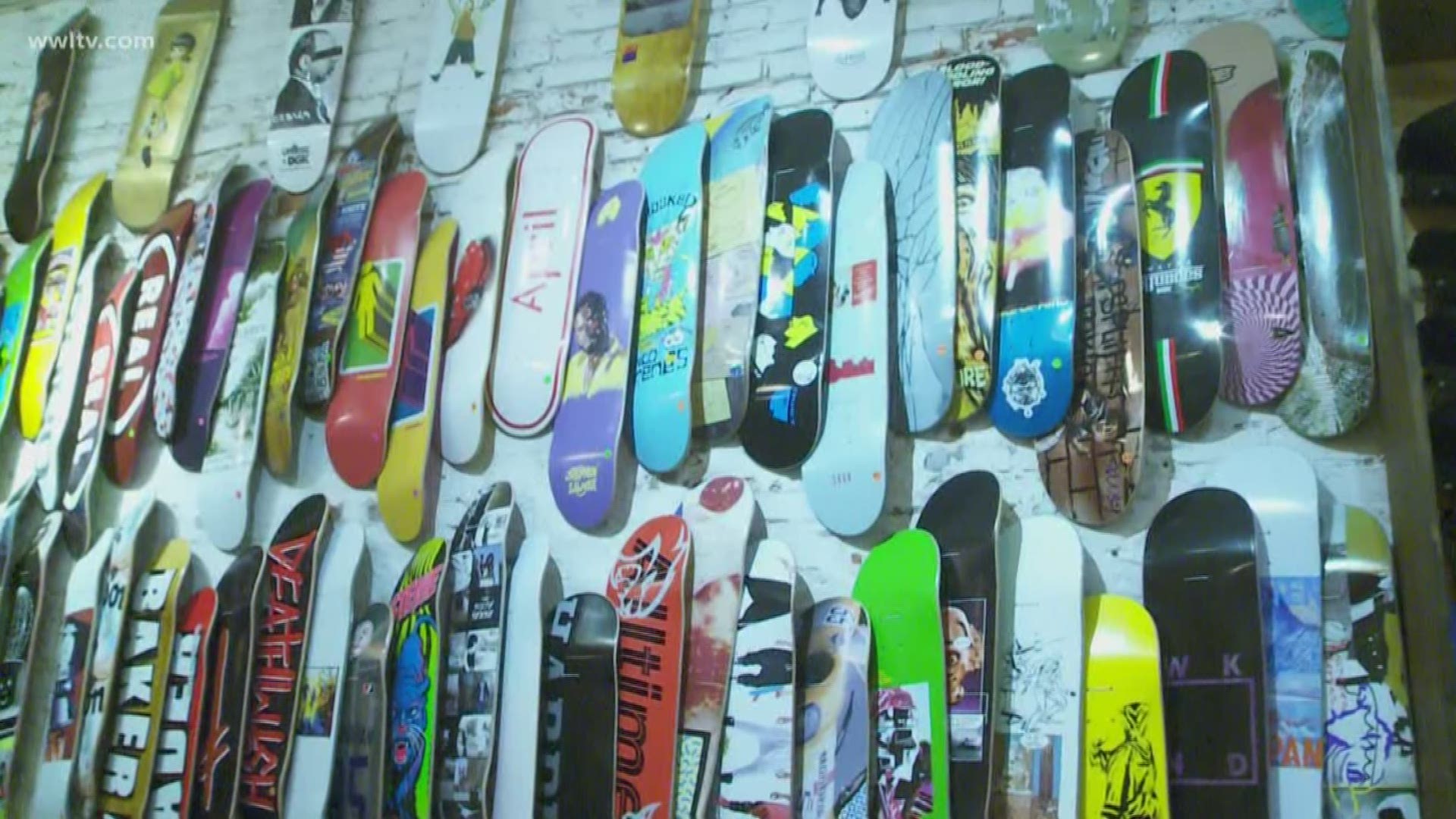 NEW ORLEANS — About a year and a half into skateboarding, Bret Johnston knows what some people say.

"There's a lot of people that don't think skateboarders are that smart," he said.

But the straight-A high school senior is learning the grind inside the classroom can pay off at the skatepark. He's been skating for about a year and a half, and has become part of the New Orleans skating community.

"We're always here to back each other up and make each other do better, even if it's academically or just skateboarding," said Johnston at Parasite Skate Park in New Orleans, showing off his brand new Krooked skateboard.

"I picked this one because it's really big. It's an 8.63," said Johnston, flipping over the board.

But it's special for another reason. It was picked for free from a wall at Humidity Skate Shop in the French Quarter.

"Yeah, we literally just be like, yeah go ahead, pick what you want," said owner Phillip Santosuosso. "You just see them light up."

Santosuosso started the Good Grades Movement at his shop in November. Students can bring in a report card with straight-As and pick out a complete board. Kids with As and Bs can pick out any deck.

"Making straight A's, you're considered a nerd. Well, now that nerd's a skateboarder." he said. "A lot of people think that skateboarders are failures or punks or this or that, and a lot of times we are. But it doesn't mean, like, being smart, you should be ridiculed for it. You can be smart and be punk."

Humidity has been overwhelmed with kids taking them up on the offer. For many of them, it's their first board.

Giving away the free boards is anywhere from a 50-dollar to 150-dollar investment per student, a big cost for a small business. But for Santosuosso, who dropped out of high school, this is about giving students who skate something to strive for.

"I hated going every day. I dreaded it. I used to beg my mom, like, please can I jut stay at home," he said. "So that's why I was like, yo, if we give kids a reason to do good, you know, maybe they'll just be happy."

Skateboard company DGK donated several complete boards for the movement, and some people have donated to help the cause.

If you'd like to help keep the Good Grades Movement going, you can donate here. Humidity is designing t-shirts specifically for those who pay it forward.