'Now what do we do?' | New Orleans' small businesses getting creative to survive

“Even though the stores are closed, that doesn’t mean the bills stop." 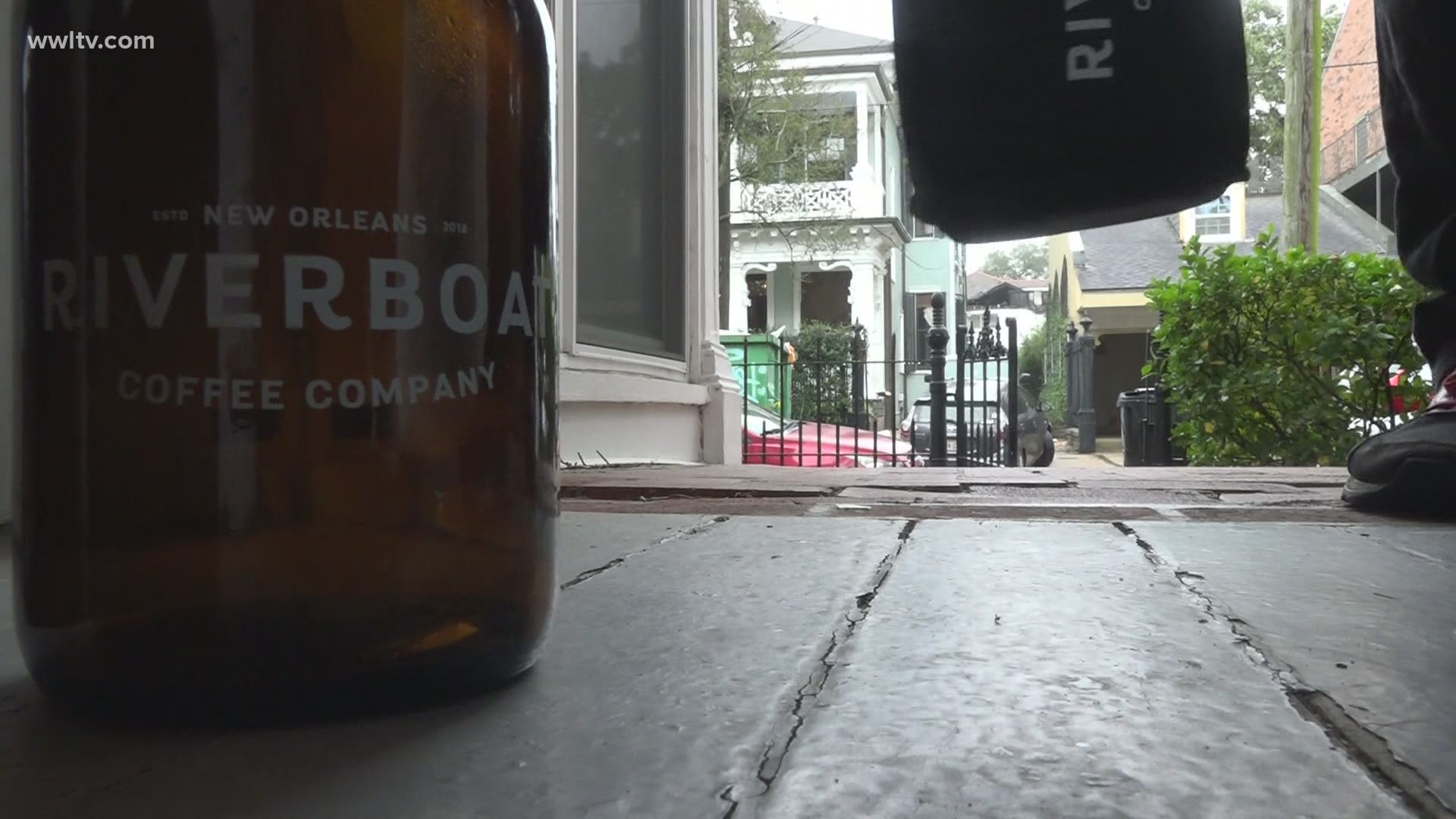 NEW ORLEANS — It’s an early morning in New Orleans and success is brewing.

He’s been working since just after sunrise, filling glass growlers of cold brew to keep the city caffeinated and his business up and running.

“Coffee’s very simple. All it is, is coffee and water, right? Two ingredients,” he said.

With those two ingredients, Horn and his business partner, Brice Sanderford, opened a door to the coffee industry back in August.

They’d hoped to sell kegs of cold brew to offices, restaurants and hotels.

Sanderford, though, tells a familiar story.

“Business was growing, we were adding accounts, and then of course the pandemic happened, and you know, our business just ground to a complete halt,” Sanderford said.

Opportunity Insights, powered by Harvard University, reports that 45 percent of the small business in New Orleans that were open in January are now closed.

At its lowest point in November, 75 percent of leisure and hospitality businesses in New Orleans were closed.

Whether boutiques, bars, small coffee shops, or classic New Orleans restaurants, small businesses are rooted deeply in the culture of this city. And they’re in trouble.

Many businesses have been forced to close altogether, leaving thousands unemployed. Small business revenue is down 65 percent from January.

Quentin Messer, of the New Orleans Business Alliance, has tried to guide those businesses through the stress this year.

“So, first is the shock. And the second is, and this speaks to the tremendous strength and resiliency of New Orleans businesses, ‘So, now what do we do?’” Messer said.

There is some hope. The grim numbers are slowly improving. But the businesses that have survived have found a way to adapt to the unpredictable.

Orders of wings are flying out again at WeDat’s Chicken and Shrimp, which just reopened after eight months with the doors closed.

The owner, Greg Tillery, calls it a humbling year.

“Even though the stores are closed, that doesn’t mean the bills stop,” Tillery said.

With kitchens closed at his four locations, he leaned into another revenue source. For years, he’d been selling his restaurant’s seasonings to Rouses stores and other local grocery stores but said he had never focused much energy on marketing them.

“The grocery stores are still going to be open, so I’m still able to give people a taste of WeDat, even if the stores are closed,” he said.

They’ve done so well in the stores, he added a new product to the line last week. And Tillery has been able to keep 50 employees on payroll as business picks back up.

“It was a blessing in disguise for all of this stuff to really happen, because it really kind of opened my eyes on what I really, really have not really paid attention to. And like I said, the product is really good… it’s doing well in Rouses,” he said.

Across town, in an English teacher’s laundry room, is a business cut from a different cloth.

“It really started out with like, one DM from one customer back in March,” Melanie Kostrzewa said.

Kostrzewa, the seamstress behind The Twirl Shop, created her business to sew skirts and dresses for little girls for events and holidays.

But this spring, she found herself making and donating thousands of masks out of whatever fabric she could find.

Soon came the requests for specific masks, and things took off.

“It really shifted from just for essential workers, to now personal use and everybody. So, then it shifted back to like, style and what fabric and your look,” she said.

Before long, business was booming on her Etsy shop and on Instagram. Kostrzewa says she’s been able to give back meals and cash to local charities and hospitals, and save her side hustle.

“I always wanted it to be something that pushes out and helps people. And in small ways, this shop has been able to pivot and do that,” she said.

The pivot, for Riverboat Coffee, meant modernizing the milkman. Horn and Sanderford bought whatever growlers they could and began hand-delivering cold brew to doorsteps from River Ridge to Chalmette.

“We really had to change or else we were dead in the water,” Sanderford said. “It really just took off and quickly became a way that we could keep the business running.”

Not just running, but growing, they hired a delivery driver. The company now offers a subscription service, bags of coffee and keg orders are picking up again.

There are businesses across the city who are finding similar, creative ways to survive.

“There’s hope that we won’t be decimated. Because we do have businesses that have figured out how to grow, how to adjust, and how to create new revenue streams. Because this forced them to really think creatively about their business,” Messer said.

“I’m always amazed and invigorated by the resiliency and creativity of business owners locally to figure out how to make it work.”

The resilience is real. And while that is nothing new to New Orleans, there’s hope that with every local purchase, the job security of our neighbors, friends and relatives improves.

The biggest way you can help save struggling businesses in New Orleans is to “shop small.”

Buy gift cards or eat at local restaurants, rather than chains.

And purchase your holiday gifts from independent shops, rather than box stores or online.

RELATED: Holiday shopping could be life or death for local businesses