New Orleans officials said a school zone audit is underway to identify and fix any problems. 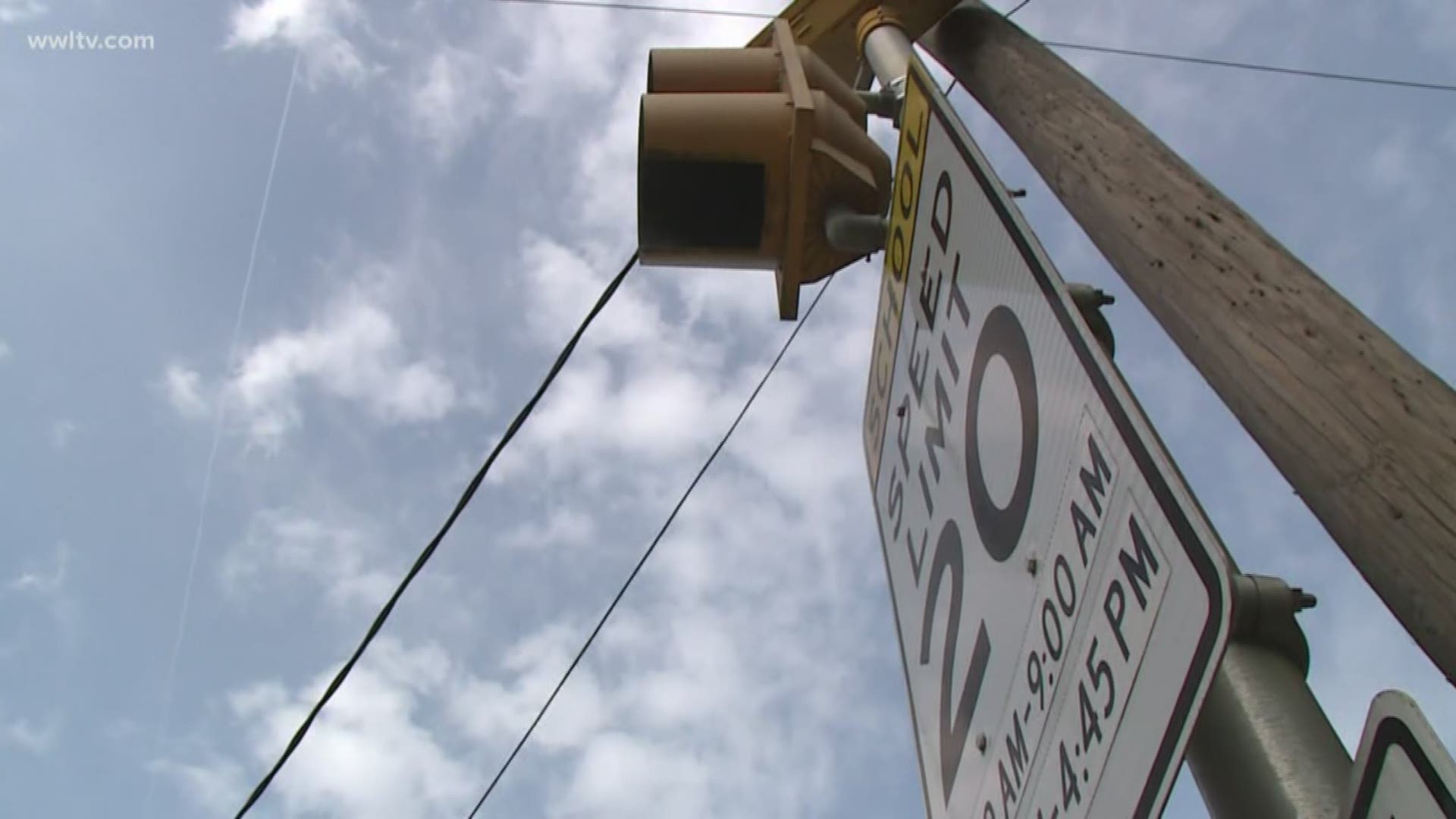 NEW ORLEANS — Driving through school zones in New Orleans comes with a requirement: Slow down. Usually, drivers are warned with yellow, flashing lights to let them know the speed limit is in effect. The problem is, some of those flashing reminders aren’t working even though the speed cameras are.

We found one on Prytania Street and another on Basin Street that weren’t warning drivers to slow down, but were still snapping license plate photos to ticket drivers.

“I feel like I need fairness with the traffic lighting and maybe a little bit brighter," Marianna Clayton said.

Clayton lives nearby the broken school-zone light on Prytania. She says the inconsistency goes well beyond school hours.

"We have gotten a ticket or two when it was a holiday and it was still anticipated, I'm assuming, that we're supposed to go that speed limit through that time frame,” she said.

We reached out to the City, which gets the money from those traffic tickets, to find out who is responsible for making sure those lights are working. They said a school zone audit is underway to identify and fix any problems, like those lights.

That absence has folks like Clayton asking why. While the 20 mile-per-hour law applies with or without those flashing lights, some folks feel not having them on is almost like a financial trap, one ticket at a time.

“I think a lot of drivers are anticipating the school zone,” Clayton Said. “You automatically know what to do, but I think for whatever reason, some people are just on guard about it so maybe a little more intensified flashing might help out. Which is why it's important to have flashing lights on.”