Someone pulled the John McDonogh statue from the river, but where is it now?

City officials aren't sure who pulled the statue from the river after protesters threw it in. 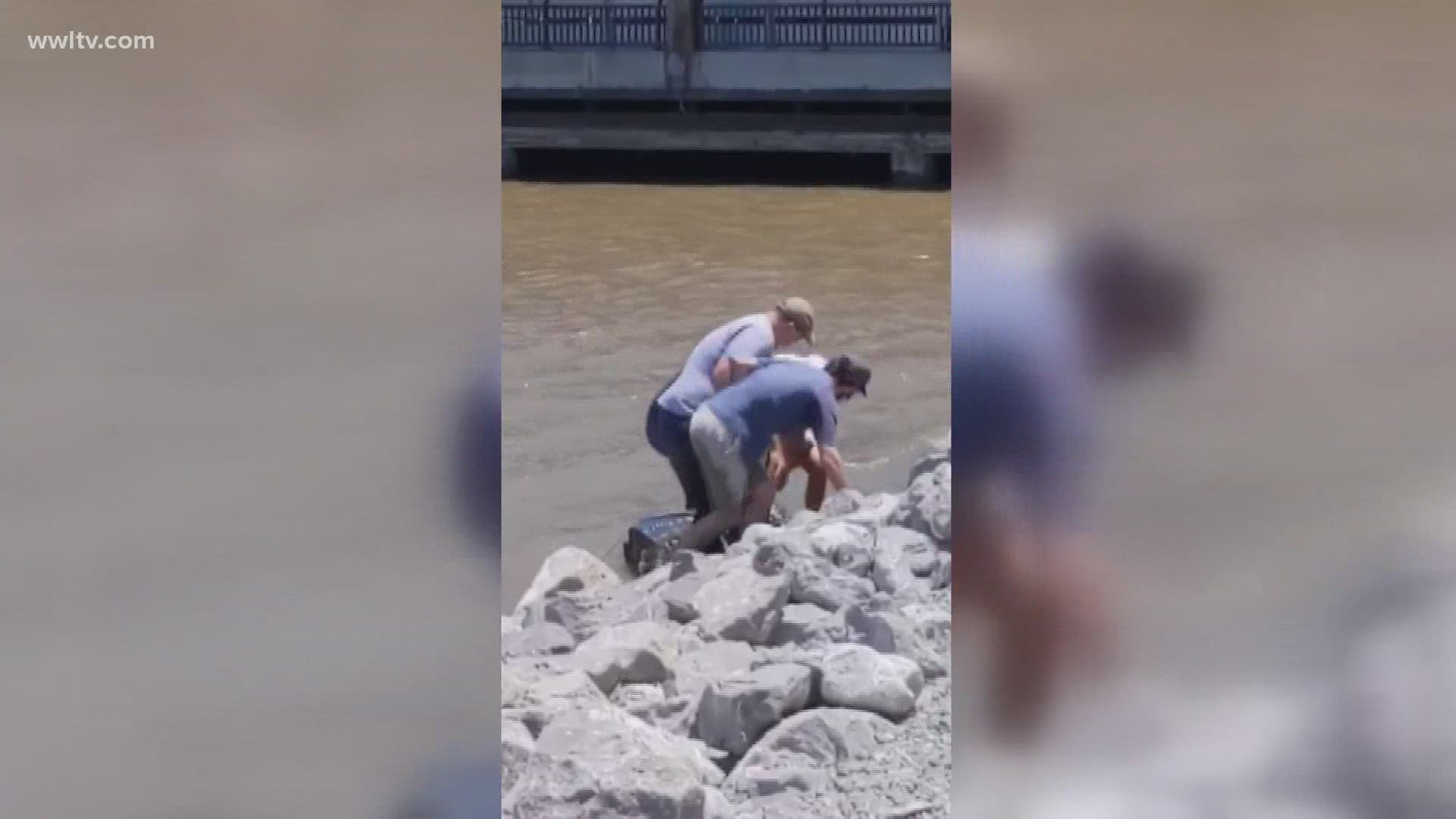 NEW ORLEANS — A bust of John McDonogh, in Duncan Plaza since the 1950s, was thrown into the Mississippi River Saturday after protesters took it down. On Sunday, a group of men pulled it out of the river.

But where is it now?

On Monday, Mayor LaToya Cantrell said she couldn’t answer that question.
She says city leaders aren’t sure who pulled the statue out of the river, which begs the question: Where will it end up?

Video posted to social media shows a group of people pulling the statue from the banks of the Mississippi and loading it into the back of a pickup truck. The men have not been identified.

Three years after the city took down Confederate monuments, there’s renewed debate about the future of other statues in New Orleans.

There are also plans to look at names of streets and parks named after people affiliated with the Confederacy or who were white supremacists.

Protesters took action into their own hands Saturday and yanked the McDonogh bust off its pedestal.

Organizers with Take Em Down Nola have said they want to see these types of statutes gone sooner rather than later.

Cantrell says she won't stand for people taking them down on their own.

The NOPD arrested two people after the McDonogh statue came down, but the pair were released under their own recognizance Sunday.

The mayor says she stands behind the arrests.

“The city of New Orleans will not tolerate vandalism or destruction of public and private property,” Cantrell said. “And should that happen, we will ensure arrests are made and people are held accountable."

The big takeaway from the mayor's message, as you heard it: The city won't stand for people removing monuments on their own.