With everything turned upside down, what they thought was a minor fix turned into something major. 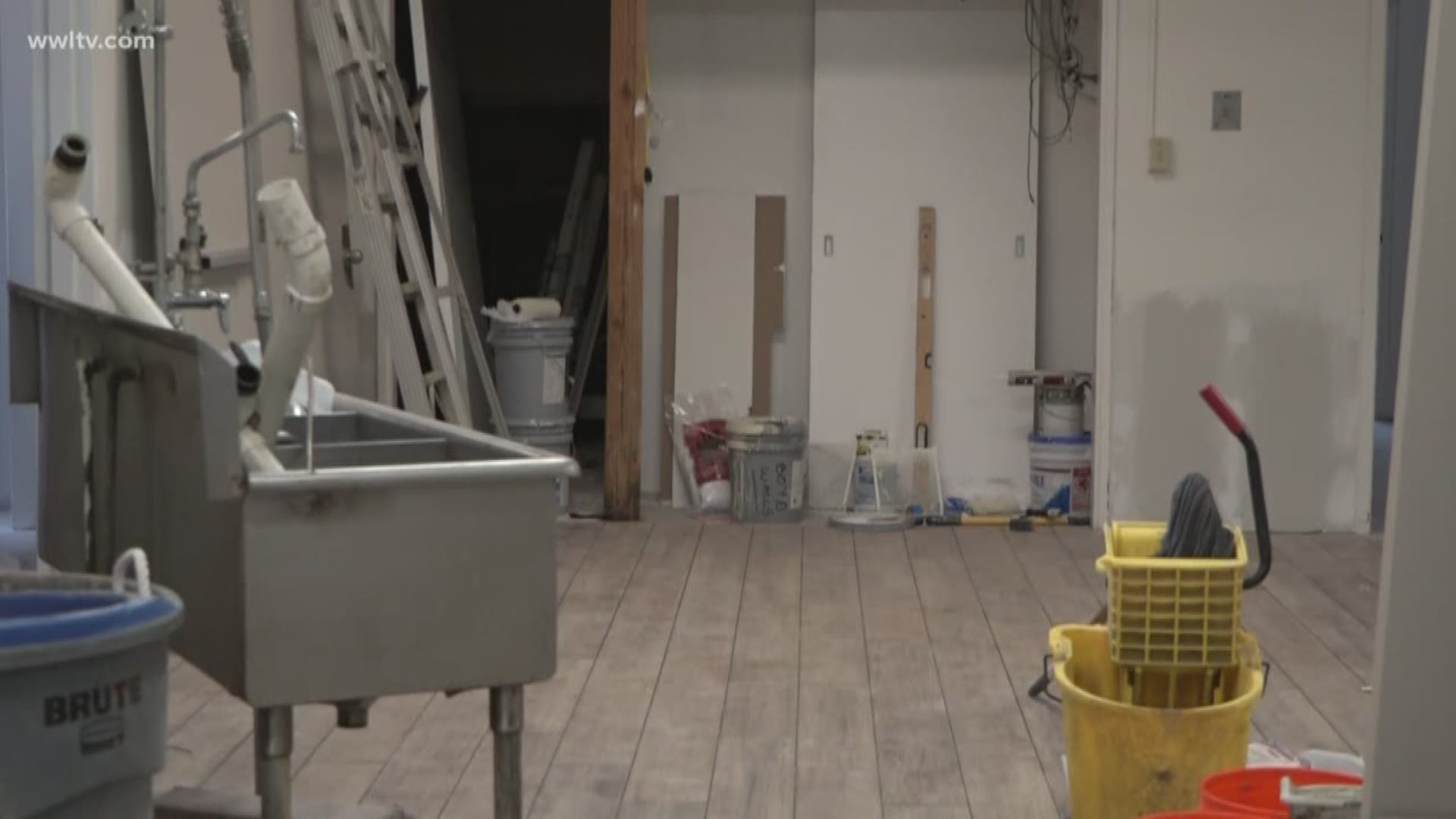 NEW ORLEANS -- There are some residents in New Orleans who still feel the effects of that torrential downpour on Aug. 5. The St. Jude Community Center on North Rampart has been closed since that day, trying to fix the damage to their first floor.

Walking through the center, Pastor of Our Lady of Guadalupe Church Richard Sudlick can't quite describe the place. Just that it's turned into a construction zone.

"It's been difficult on everyone," he said.

Walls have come down, flooring has been replaced, and the kitchen gutted. All after four inches of water flooded the building on Aug. 5.

"We had a feeling it was going to rain," Center Director Beth Mouch said. "We knew it might rain hard, but we said 'he pumps are working, we're ready and they weren't. I was very angry with the city because I just did not feel this had to happen."

With everything turned upside down, what they thought was a minor fix turned into something major.

"We knew there'd be some water damage, but we had no idea exactly what that meant," Sudlick said.

With FEMA only giving so much money for repairs, the center's leaders say it's been difficult financially. The hardest part, though, they say is having to close their doors to those in need.

"This is a space we use for more than feeding the homeless and to not have it available for the last three months has been difficult," Sudlick said.

Each day, the center serves about 250 in need of a hot breakfast and/or lunch. However, with no working kitchen at the moment, sandwiches are instead being served across the street. When asked about their annual Thanksgiving brunch, Mouch said it'll just be sandwiches again.

Work is expected to last another few weeks. For some a completion date can't come fast enough.

"While it's been a really depressing thing, the fact that we can see the light at the end of the tunnel, it maybe doesn't look like it now, but trust me we're a lot further along than we were just a few weeks ago," Sudlick said.

The center is open to receiving donations. If you're willing to contribute, please call (504) 931-6993 or make checks to St. Jude Community Center.