Stolen horse, suspects found with the help of Facebook

After a $600 reward was posted, a suspicious call came. 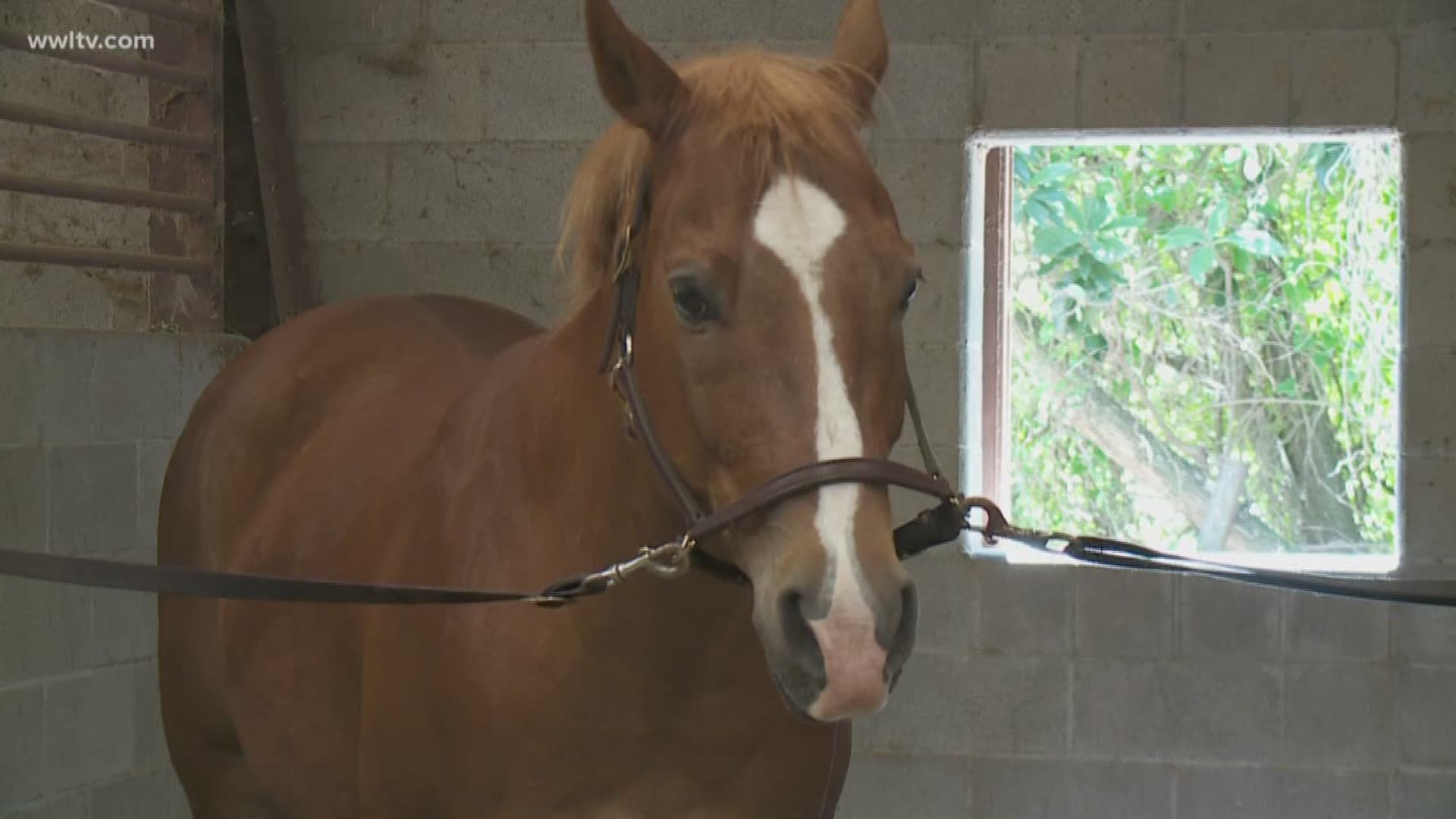 ALGIERS - When a horse was stolen from an Algiers stable, it was the outrage on social media that helped find him two states away.

That's when a complete stranger stepped in, hoping to get the horse away from the alleged thieves and back home.

Two men are out on their own recognizance, booked with possession of stolen property, but while police still investigate, the people who followed the case on social media want charges of cruelty to an animal too.

Friday morning Alisa Dobronich arrived at her business, Magnolia Equestrian Center in Algiers, and noticed something was very wrong. There were horses in the wrong paddock. Out in the back, a gate was crushed, posts and wires were bent and twisted, thick brush was cleared and horse hoof prints were down a steep embankment. Then she noticed Sparky, the Sorrel Quarter Horse pony, was missing.

"Sparky. Sparky," Dobronich called out. "Shaking grain, Sparky was not here. So then I'm frantic. I'm calling my mom. Calling the people who fed the night before."

"He's a barn favorite. I mean, multiple people on Facebook were like, 'Sparky. Sparky.' I mean, he's very well loved."

Then after a $600 reward was posted, a suspicious call came.

"I think I have your horse on my trailer. We were at a trail ride in Alabama, but I picked him up from a back yard in Mississippi. Can you come look at him?" she recounted the phone call.

But what happened next is like a chase scene out of a movie. A good Samaritan who was a stranger, also on the Alabama trail ride, posted Sparky being ridden on Facebook live. Realizing this was a stolen horse, after the trial ride he followed the two suspicious men pulling the horse trailer.

"These guys veered him off the interstate, looked in. Called me said, 'That's 100 percent your horse. We've got him in front, in back. We're bringing him to you,'" Dobronich said.

It's possible the alleged thieves knew they were being followed and outed on Facebook, so drove back to Algiers where an off duty NOPD officer arrested 21-year-old Eric George and 18-year-old Clarence Henry Jr. But now Sparky's back heel is injured. He is on several medications for pain, swelling, infection and stomach problems, which could have been fatal if it wasn't treated quickly. But now he is home.

The alleged thieves turned the cameras away from the stall so they could not be seen, but Magnolia has an entire new, more tamper-proof camera and alarm system. Now they are trying to raise funds for Sparky's medical care.

For more information on how to donate contact Alysia Maloney, Founder of Equine Advocacy of Louisiana at 1-202-909-3469 or click here.