Doctors recommend if you’re going be outside in this heat avoid drinking alcohol. 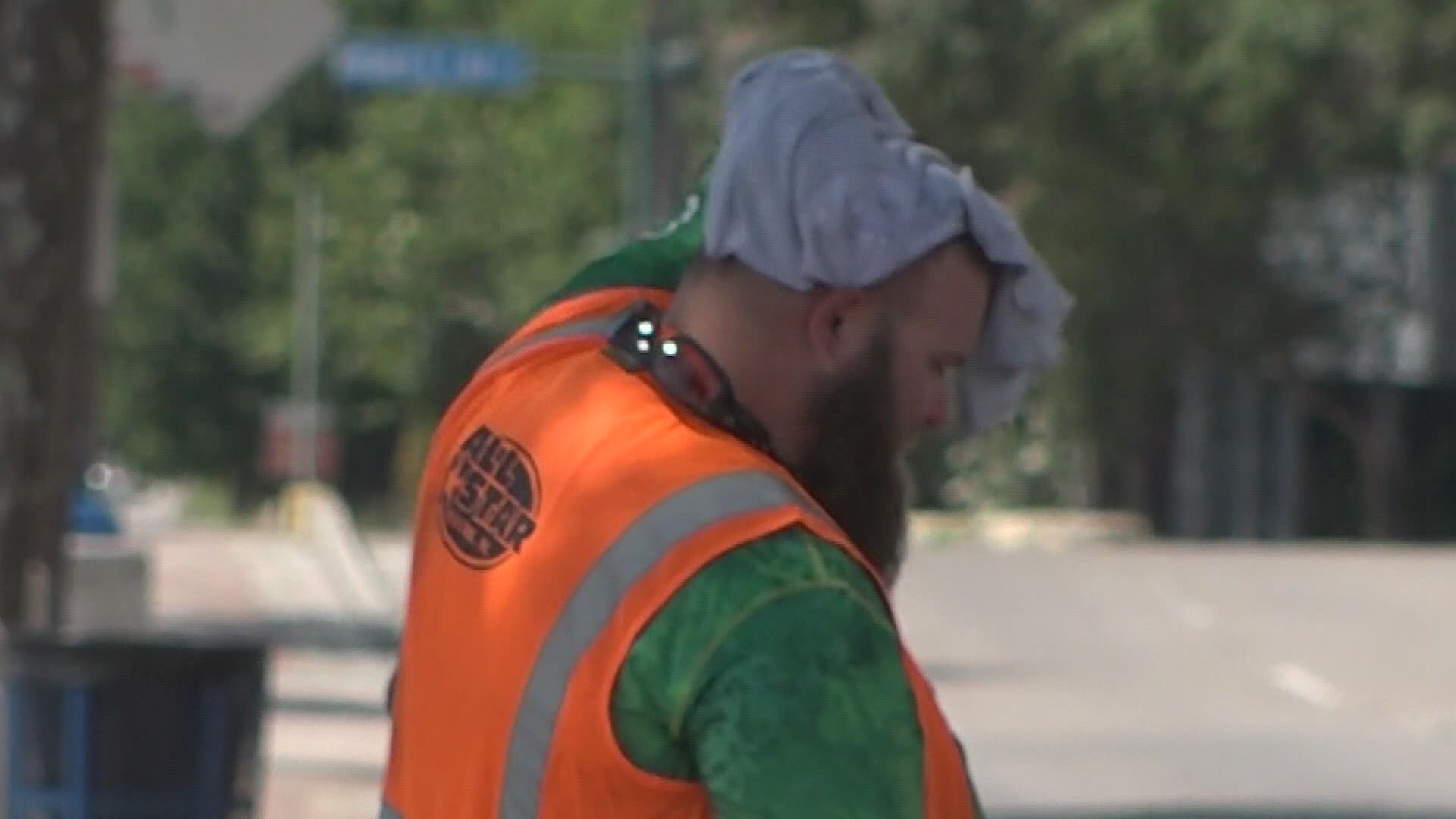 NEW ORLEANS — The heat is on in south Louisiana.

The feels like temperature was expected to be near 100 degrees in Greater New Orleans on Monday. It’s miserable and dangerous for people who must work outside.

Just ask Mosiss Cook. The chimney sweep said the heat on the roof of a Lakefront condo building was unbearable.

“Super hot, you can’t even touch the shingles,” Cook said. “Make sure you use your gloves when you’re working in this type of heat.”

Cook left to work on another job indoors.

Sunday, a firefighter was treated for heat exhaustion after battling a two-alarm fire on Lac Couture Drive in Harvey.

“He was actually on the roof,” said Deputy Chief Richard Parker from the Harvey Fire Department. “So, he wasn’t even inside because the fire was mostly contained to a parapet wall which is the walls that come up above the roof line.”

Parker said fighting a fire for 20 minutes in this kind of heat is like an extreme two-hour cardio workout.

Each firefighter is wearing about 60 pounds of protective clothing and gear while battling a blaze.

“You can tell just walking out in the heat today how extreme it is just standing there your break into a sweat,” Parker said. “So, imagine we put our turnout gear on, we put our air packs on and then we’re in there doing an extreme workout fighting the fire.”

Doctors say if you start experiencing severe headaches, fatigue, excessive sweating or stomach cramps, get out of the heat.

“The difference between heat exhaustion and heat stroke is heat stroke is associated with all of those things, but you’re cooling mechanisms, your ability to sweat is now gone,” Dr. Peter DeBlieux at University Medical Center said.

Heat stroke can lead to health complications and even death.

“Drink plenty of water and have access to water. Limit your time exposed in the direct sun or in the heat to 15, 20, 30 minutes periods and then seek shade, seek cooler environments,” Dr. DeBlieux said.

Doctors also recommend if you’re going be outside in this heat avoid drinking alcohol. That increases the risk of heat related illness.

Stick with water or power drinks rather than caffeinated beverages.

And wear a hat and loose clothing.