“The Super Bowl in New Orleans, as the owner of a sports shop it would change my life." 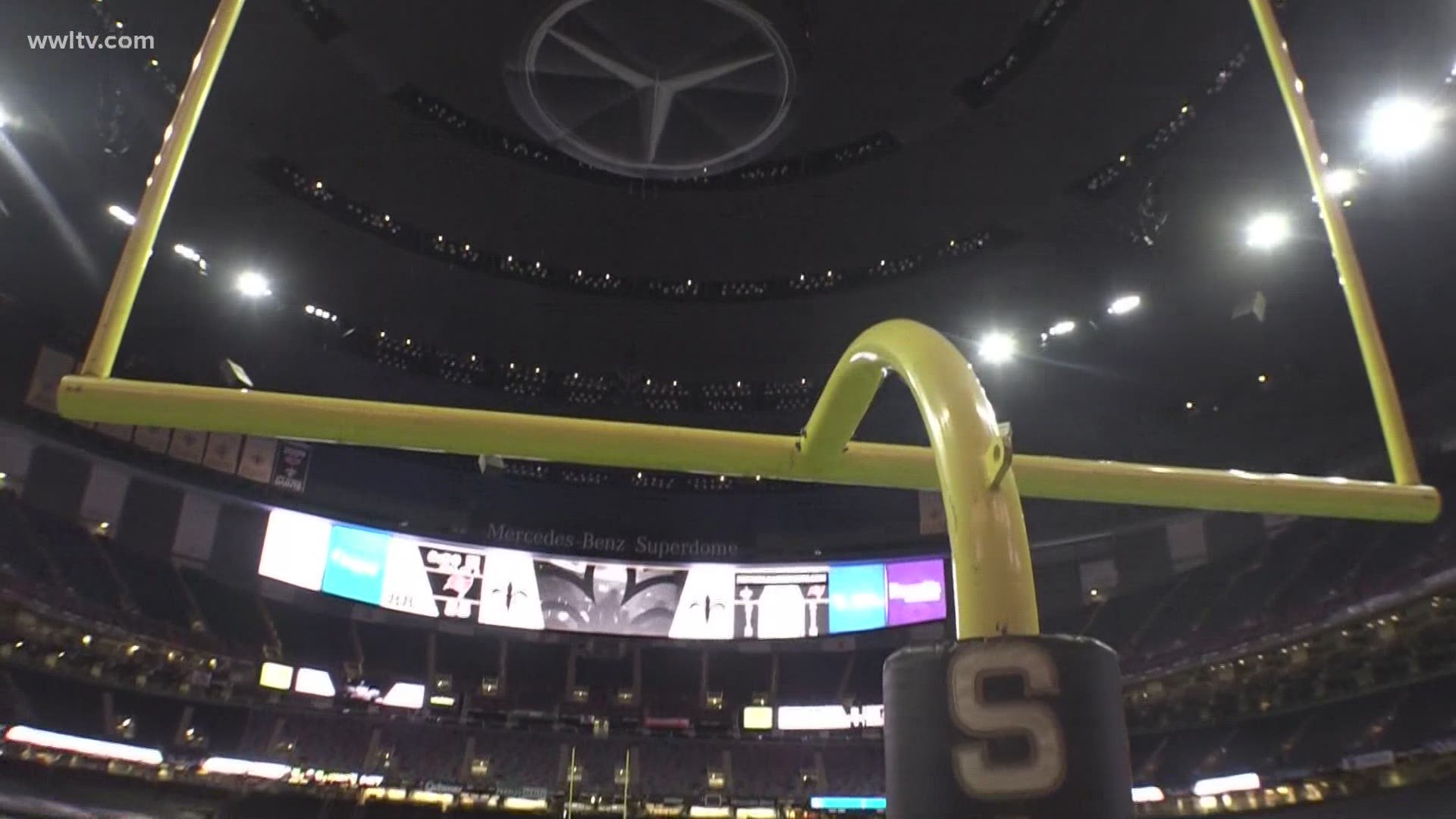 NEW ORLEANS — Whether it’s team socks or trending jerseys, Pro Image Sports in the French Quarter relies on sports and tourists to stay in business.

Hassan opened his shop on Decatur Street about four years ago and was looking forward to New Orleans hosting the 2024 Super Bowl.

“This is a big deal for us as a sports shop,” Hassan said.

Now there’s a delay in game -- for a year. A conflict with Mardi Gras is pushing the game back to 2025.

“It is a big deal for the city of New Orleans, not only me,” Hassan said.

This all happened because the 2024 Super Bowl's date was pushed back a week when the NFL extended its season to 17 games. That would have made the 2024 game on the second and final weekend of Mardi Gras in New Orleans.

“We didn’t want to lose the Super Bowl all together,” said Jay Cicero, President and CEO of the Greater New Orleans Sports Foundation.

Cicero says the scenario was anticipated.

“We agreed to contractual language that really makes sure that we would not lose the event,” Cicero said.

Moving the actual Super Bowl itself was a relatively easy process compared to everything else that had to happen. All the events and venues that were booked specifically for Super Bowl 2024 had to be moved as well.  Cicero says the 2013 Super Bowl in New Orleans left a $480 million impact on the city and state, not to mention thousands of media outlets broadcasting from the city.

“That type of publicity for the state and for the city, you just can’t account for,” Cicero said.

Back at Pro Image Sports, Hassan is OK with waiting another year, because Super Bowl kickoff in particular will be like no other.

“The Super Bowl in New Orleans, as the owner of a sports shop it would change my life,” Hassan said.

RELATED: Super Bowl in New Orleans pushed back a year to 2025 over Mardi Gras conflict

RELATED: New Orleans could be down 5 active ambulances on furlough days