Aside from water that was being pumped out on Friday, there were spots where water had pooled for some time. 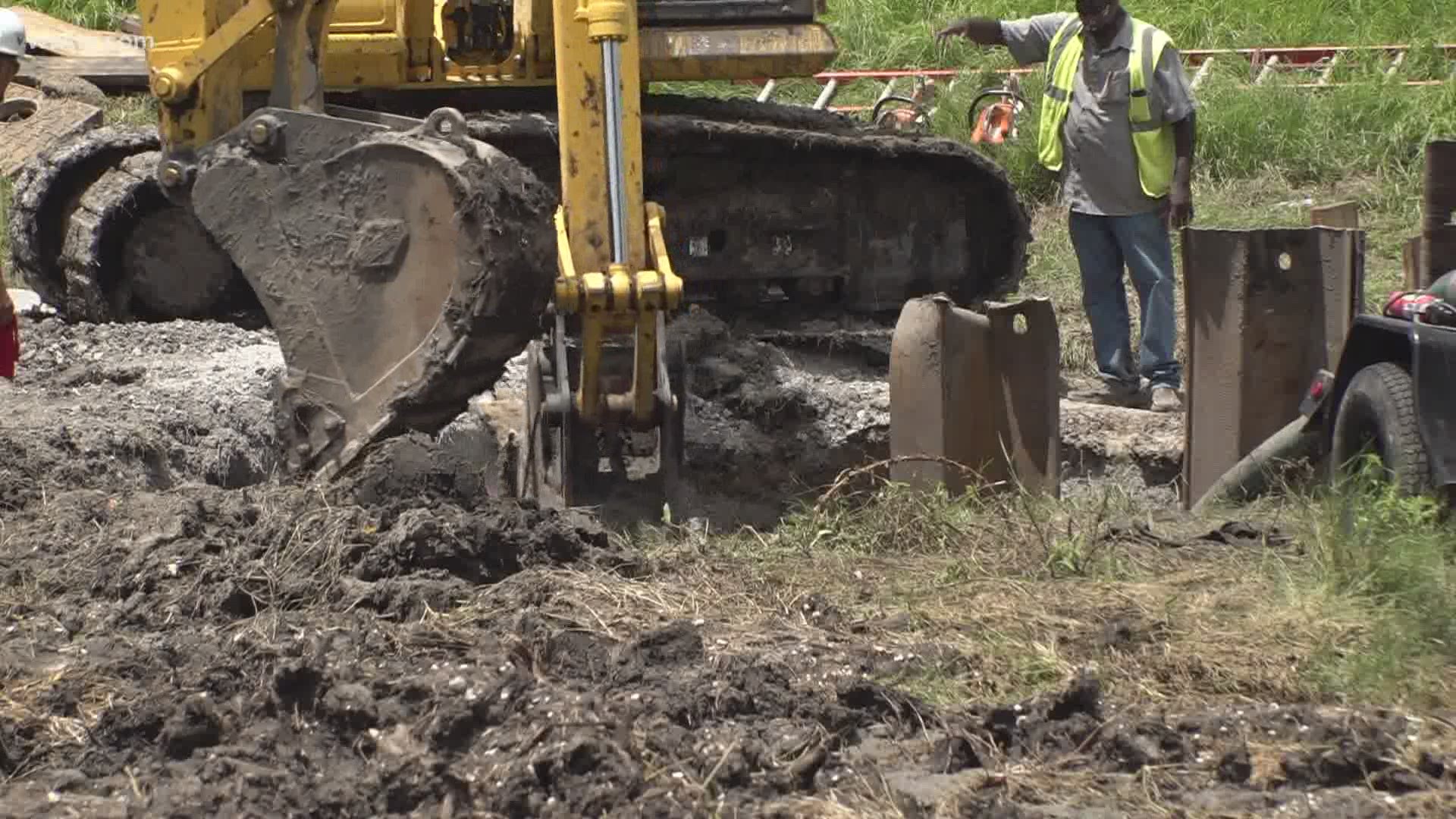 NEW ORLEANS — Water was the only thing flowing on Marconi Drive on Friday.

Drivers found the road closed off between Harrison and Filmore avenues.

Beyond the orange cones that blocked the road, crews were busy making a complicated repair to a water main that services most of Lakeview -- and any problem on the site could mean problems for people in that neighborhood and possibly Gentilly and New Orleans East.

Work began last week to try to stop a leak in the line.

“During this repair, what we have found so far is we have a joint in the old cast-iron pipe -- 30 inch -- that has started to separate and come apart,” Sewerage & Water Board engineer Fred Tharp said Friday.

He said that led to erosion in the area and could lead to large problems with the water system.

“This is a very necessary project and they're working very diligently to make sure it goes off in the manner they want it to happen,” said Collin Arnold, the city’s director of homeland security.

Aside from water that was being pumped out on Friday, there were spots where water had pooled for some time.

“Lately, the water you have seen, without question, has been attributed to the leak that's happening here at this joint,” he said.

The leak’s location is a concern.

The East Bank Flood Protection Authority was on site to monitor the work since the damaged section of the water line is in a vault embedded in the Orleans Avenue Canal levee.

“If this pipe was to fully blow apart, it would be an issue of concern,” Tharp said. “Hence it has our ultimate attention and we are progressing on this until it's resolved.”

The S&WB on Friday afternoon said the repair work would continue through the weekend. Marconi will remain closed until the job is done.

RELATED: As he battled COVID for 50 days at Ochsner, the cards and letters poured in