The upcoming rain isn't expected to bring major flooding, but officials are preparing for the worst-case scenario. 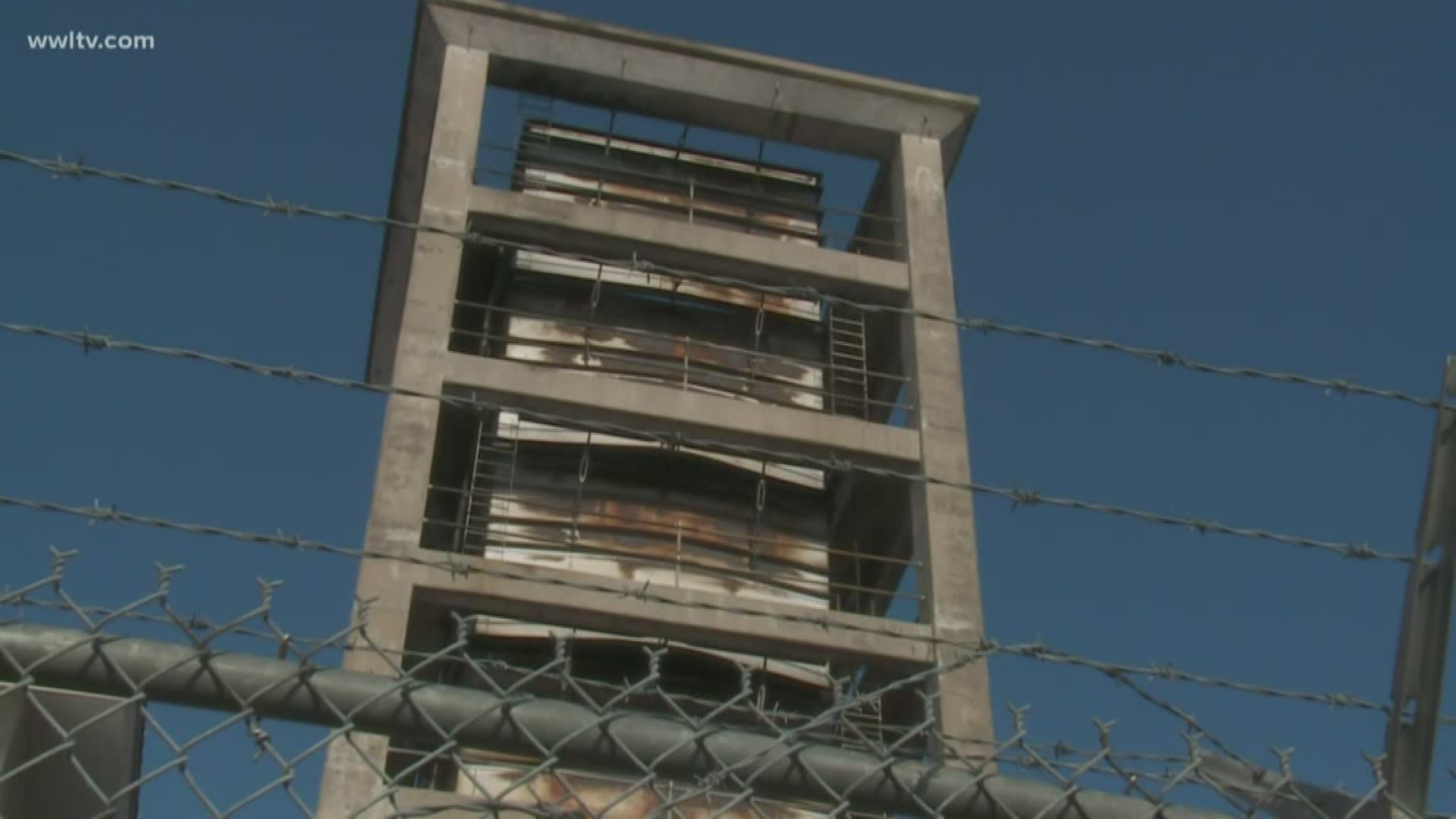 NEW ORLEANS — The Sewerage & Water Board is eyeing an upcoming storm with concern because an explosion at their Uptown water plant has two of their turbines offline, meaning there is no backup system to power the city's water pumps if streets begin to flood.

S&WB Director Ghassan Korban said the issues began with turbine 4, which is considered a "workhorse" that generates a significant amount of power used to operate drainage pumps.

"The only reason (turbine 5) had an incident is because we relied on it becasue (turbine 4) was down," Korban said. They're not connected otherwise."

When some kind of error — authorities aren't sure exactly what kind —  tripped turbine 4 offline, everything went according to plan. As it turned off, turbine 5 kicked on to replace it.

"It's not supposed to blow up," Korban said at a news conference Saturday night.

He confirmed that both turbine 4 and turbine 5 were offline Saturday, and did not have a concrete timeframe for bringing them back online.

"We believe that turbine 4 has minimal if any damage," Korban said. "We hope to bring that online as soon as possible."

But the situation for turbine 5 is worse.

"We believe the damage is serious and it will take a while before we bring that online."

The city of New Orleans relies on an aging system of turbines to generate power for drainage pumps, which remove water from the city during and after a flood.

The system powering the pumps is designed to operate with some turbines offline, but the backup turbines are the ones that went offline Saturday.

So while the pumps are still running, they are vulnerable if a strong storm knocks out any of them, or the city experiences heavy flooding.

"We really have no redundancy in the system," Korban said.

Rain is expected on Monday, but the southshore only has a marginal chance for severe weather. The worst will likely be Monday evening and overnight into Tuesday.

While models are predicting about an inch of rain, some areas could see strong storms with high wind gusts.

City officials are already preparing for the literal coming storm.

"We do anticipate some level of rain coming soon," said Mayor LaToya Cantrell. "With that in mind, we really do have to move swiftly as relates to power and creating that redundancy."

Korban said the system could withstand what was coming Monday barring unforeseen circumstances, but told residents to be ready for the worst-case scenario.

"We should have enough power to manage an event on Monday but I have to caution everybody that we really have no redundancy in our system," he said.