The plan is to modify the cooling fans on the EMDs, the component generating the most noise. 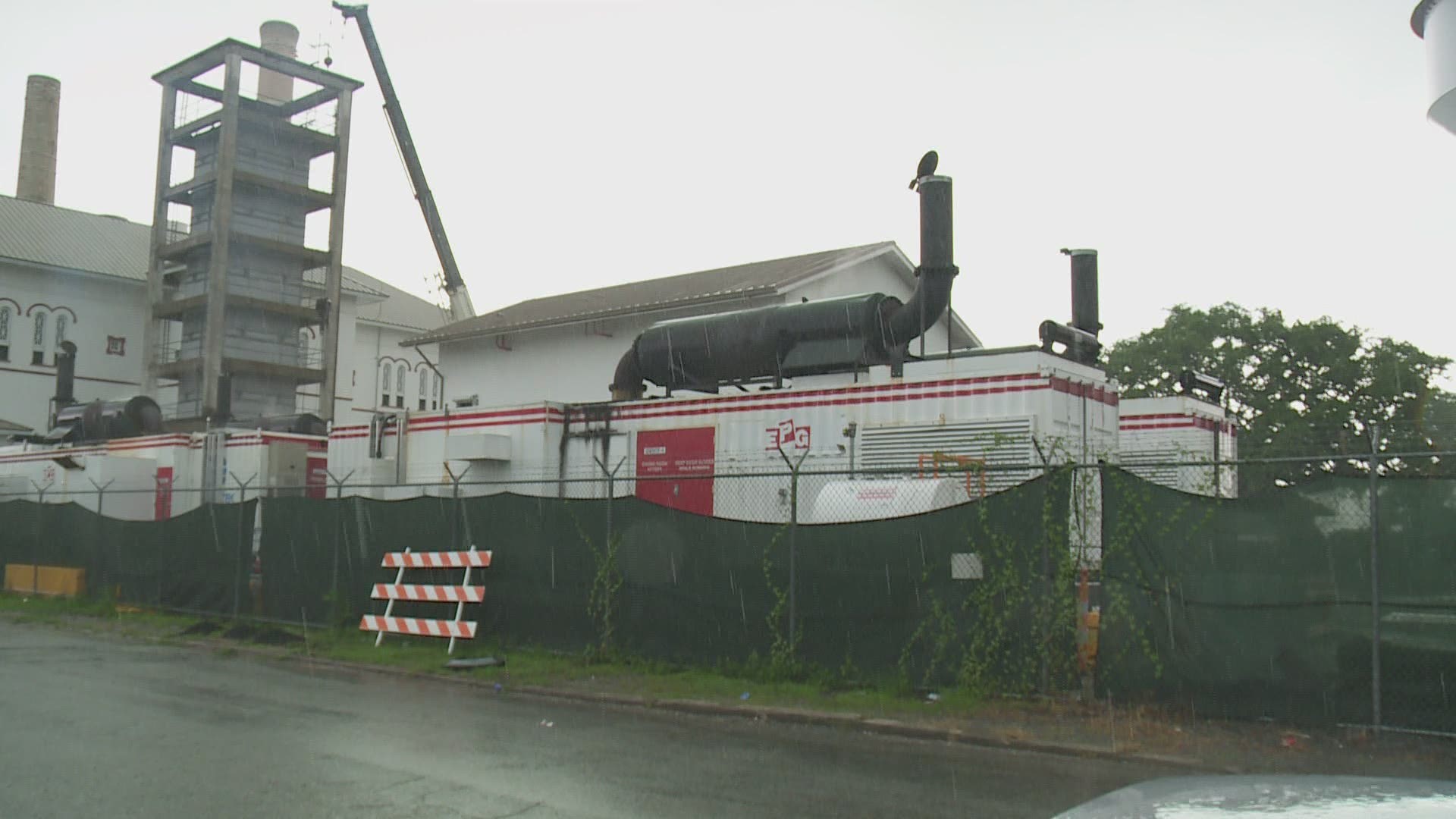 Joshua Joseph lives across the street from the plant. He says every time it rains, noise coming from the generators turns his life upside down.

WWL-TV measured sound levels from the EMDs consistently above 90 decibels. That’s the equivalent of standing next to a running motorcycle engine.

After first telling neighbors nothing could be done to minimize the sound, S&WB Executive Director Ghassan Korban now says he’s working on a plan to reduce the noise pollution.

“We’re aiming to bring it down to what would be an acceptable, approvable level,” Korban said. “I can’t really give you an exact decibel, but we’re looking for a significant reduction at this point.”

The plan is to modify the cooling fans on the EMDs, the component generating the most noise.

Crews will start by making modifications to one generator to see if it works.

“We’re trying to be as aggressive as we can and we want to be thoughtful about it,” Korban said. “We made it a priority, so we’re going through that design process right now.”

Repeated and extended failures of the S&WB’s two largest turbines, Turbine 4 and Turbine 5 pressed the five backup generators into service.

Without them, there would not be enough power to run all the city’s drainage pumps.

“If the power comes from the turbines, it’s an acceptable noise level,” Joseph said. “It’s still loud, louder than I would like it, but at least I can live at my house.”

T-4 and T-5 are now supposed to be back online in mid-July, later than originally expected. Progress on both machines was delayed by supply chain issues for integral parts.

Korban says if they are successful in reducing the noise on the first EMD, the Sewerage and Water Board will make the same changes to the other 4 generators.

Korban expects to begin testing the modifications in about 6-to-8 weeks.

The city, Sewerage and Water Board and Entergy New Orleans just entered into an agreement to build a new power substation at the Carrollton water plant.

It is now expected to be ready by the 2023 hurricane season.