The move could strike a huge blow to parades like Thoth, Bacchus, Orpheus and Tuesday's parades, which have a lot of tandem floats. Thoth alone has 15 tandem floats. 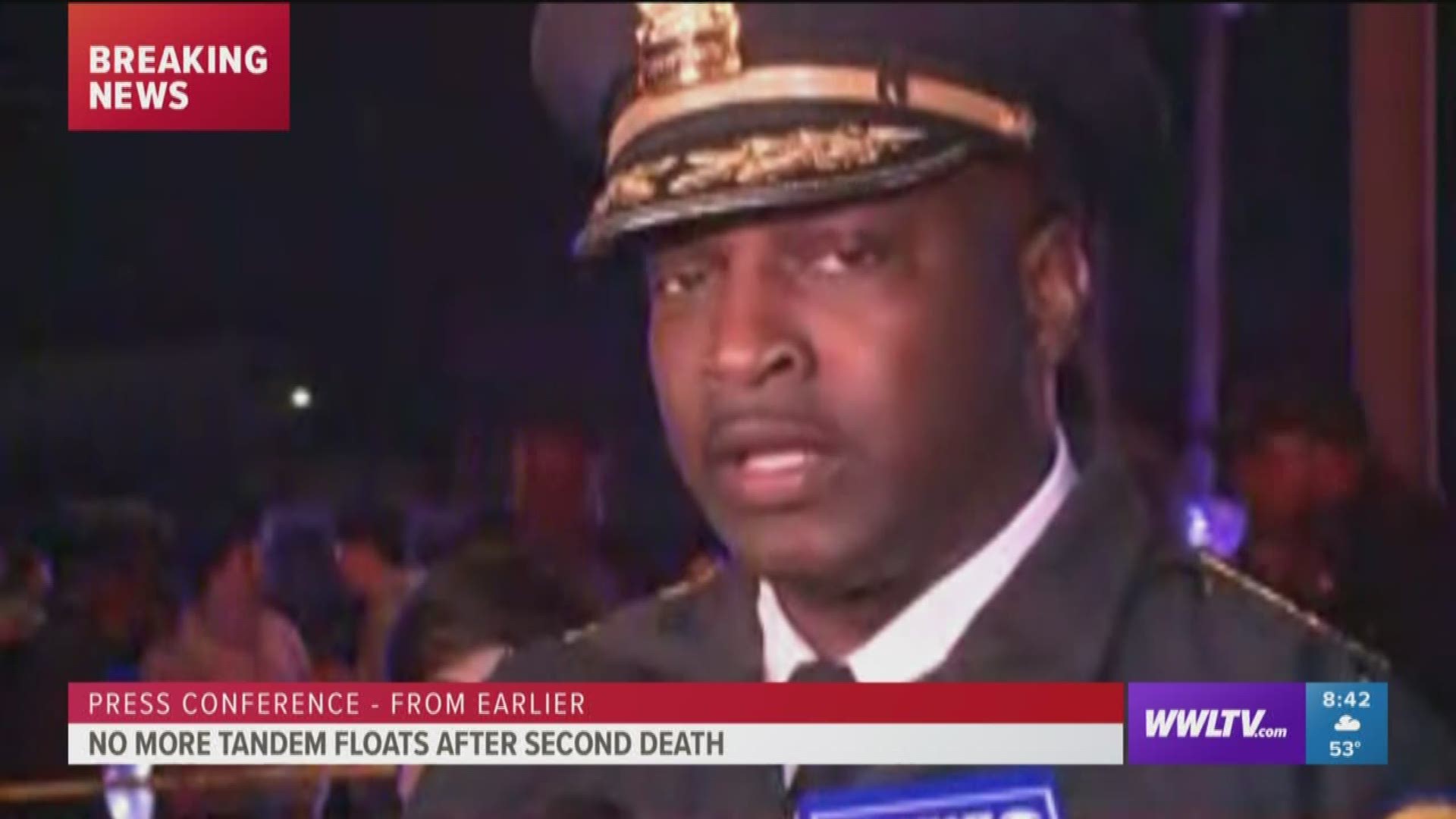 NEW ORLEANS — Almost unbelievably, for the second time in four nights, a parade spectator was struck and killed by a tandem float - a float that is so long that it is divided into two parts - and the city has reacted by eliminating the floats for the remainder of this Carnival season.

The move could strike a huge blow to parades like Thoth, Bacchus, Orpheus and Tuesday's parades, which have a lot of tandem floats. Thoth alone has 15 tandem floats.

In the case of the woman who was killed during the Krewe of Nyx, witnesses said she was apparently trying to cross between the two sections and fell over the connector and was then run over by the back half of the float.

Saturday night's victim seemed to have been pushed or fell between the two sections of a tandem float and was also struck. 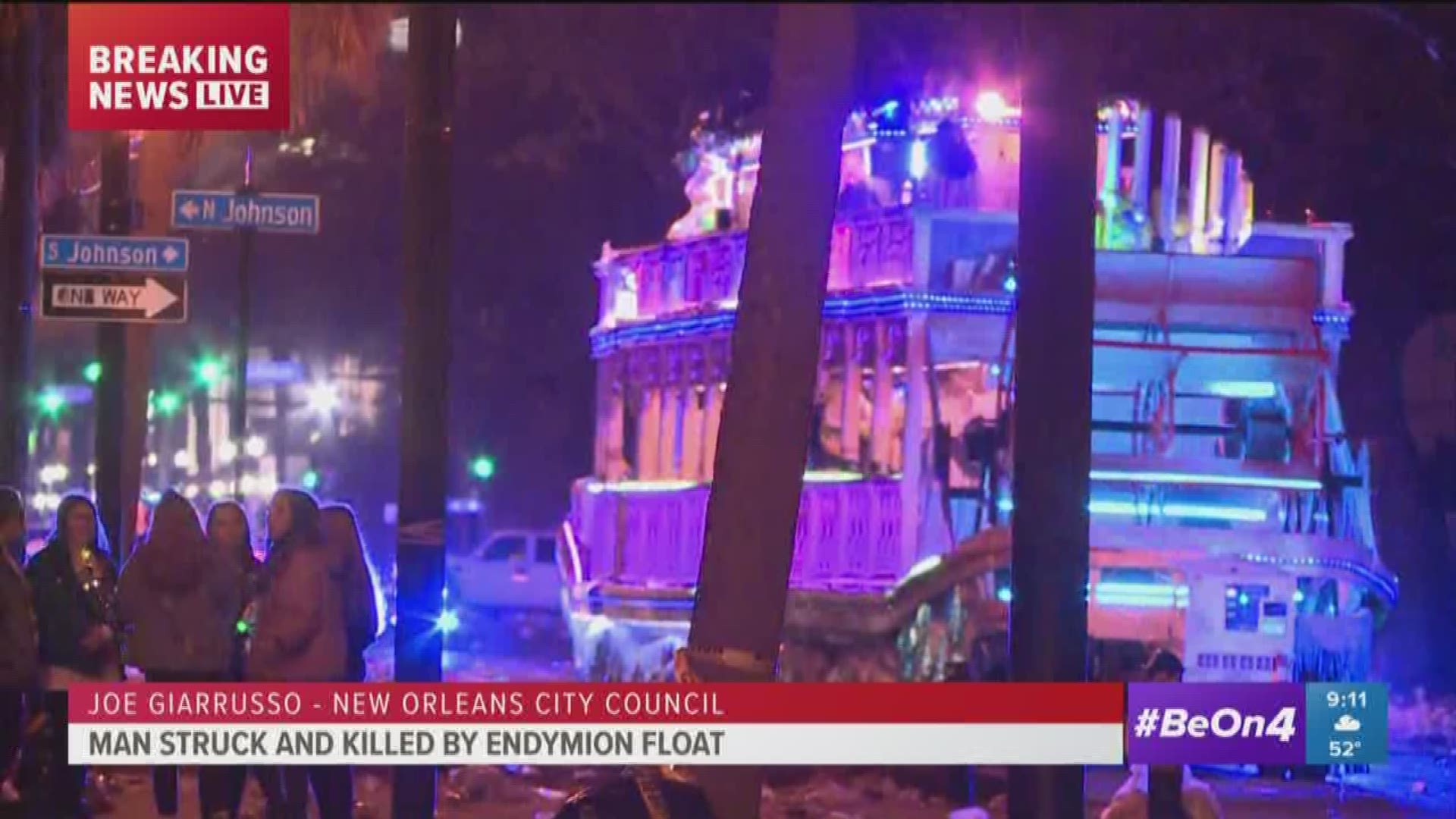 The swift move to ban the tandem floats going forward could cause a huge change for the remaining parades.

"I made a decision that we would not allow any more tandem floats... until we do an assessment of the safety measures that we could possibly take for better approaches in seasons going forward."

Carnival historian Errol Laborde said the tandem floats came into being with the Krewe of Bacchus as an way to engineer the long floats to make turns.

Laborde said the elimination of tandem floats could mean that possibly hundreds of riders could not be allowed to ride.

He suggested the possibility of having law enforcement walking the areas between the tandem floats, keeping people from getting into those areas.

The Krewe of Bacchus scheduled to roll their parade Sunday told local media outlets that they'll comply with the City's decisions to ban tandem floats by splitting theirs. 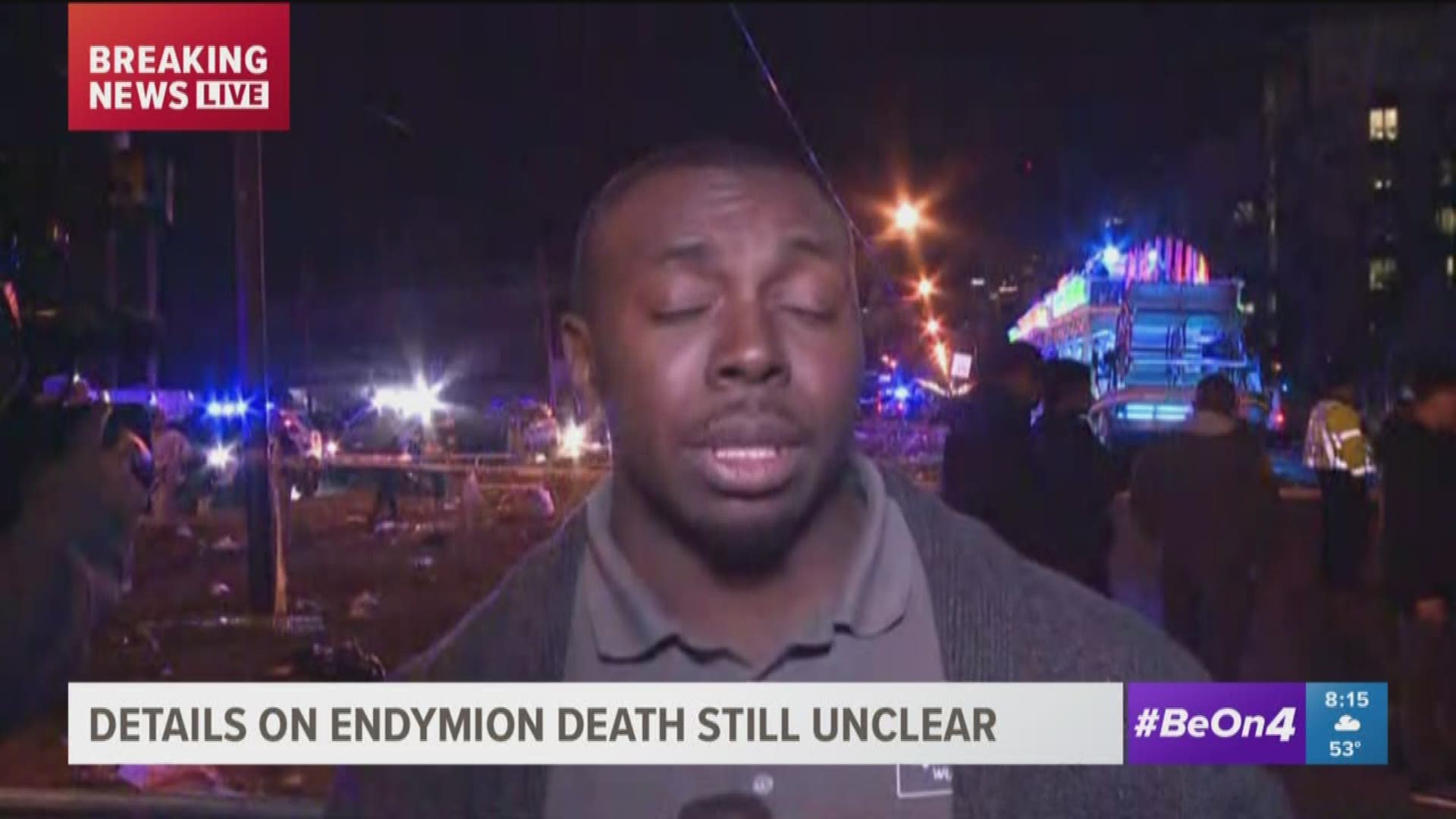 Mayor Cantrell later sent a message consoling the public about the accident.

“To be confronted with such tragedy a second time at the height of our Carnival celebrations seems an unimaginable burden to bear. The City and the people of New Orleans will come together, we will grieve together, and we will persevere together,” Cantrell said. “Our hearts break for those lost and for their loved ones, and our prayers and deepest sympathies are with them — and will be with them in all the days and months ahead. May our people take this moment to uplift our brothers and our sisters, to mourn as one and to move forward, together.”