It's been 2 years since the Aug. 5 flood and not much has changed. 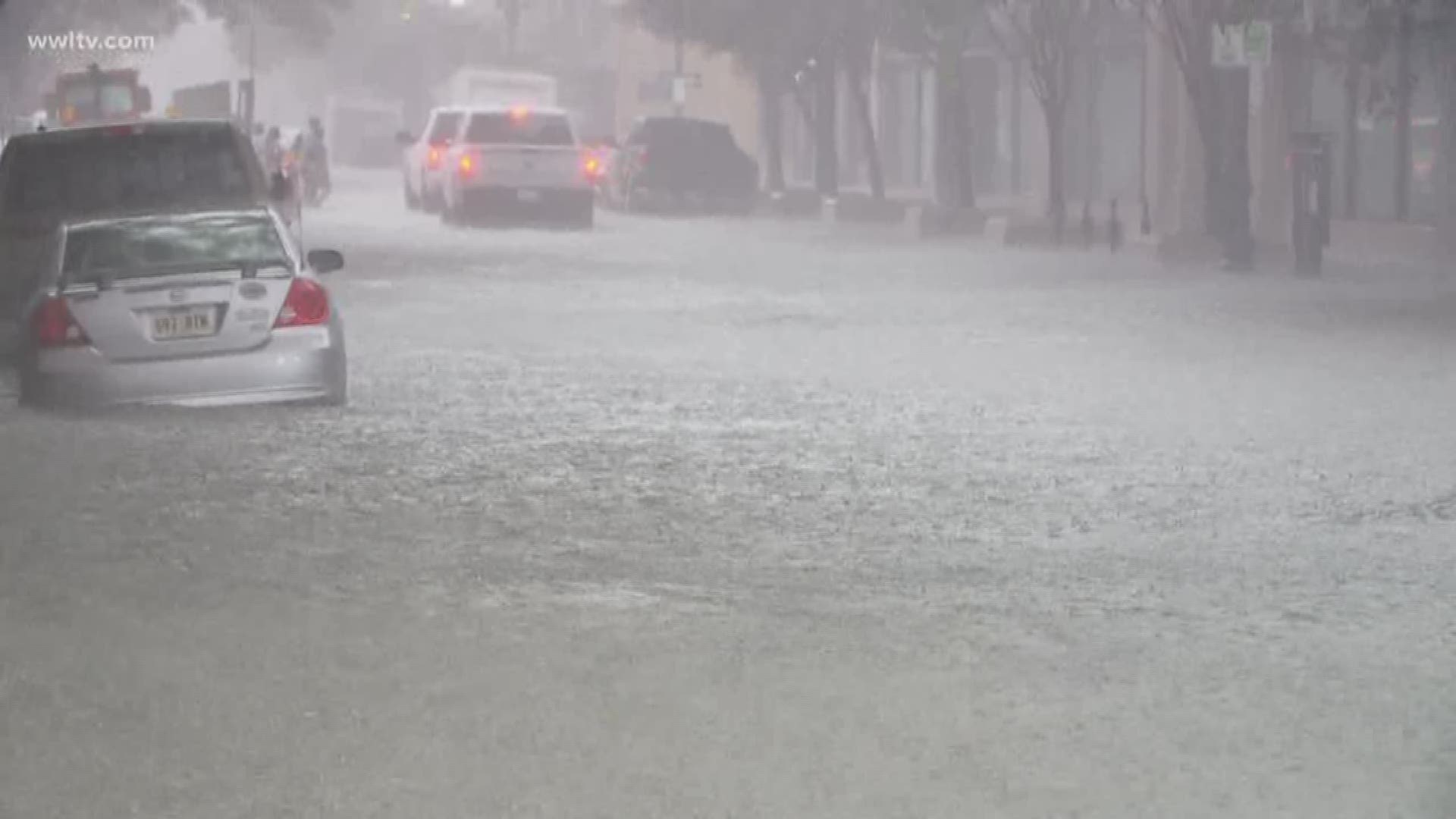 NEW ORLEANS — When I was anchoring the Eyewitness News at noon show today, I heard something from Puerto Rico that caught my attention.

“We’re worried about rain, just rain on a normal day.  Then we worry what that rain will be when a storm comes,” said a woman in Puerto Rico.

Unlike Puerto Rico, which is preparing for possible impacts from Tropical Storm Dorian and still trying to recover from Hurricane Maria, we’re just trying to get through Tuesday and hoping not to get flooded from storms like we saw yesterday.  I think we can all agree hope doesn’t go very far here when it comes flood prevention.

The Sewerage and Water Board’s director said today “something” is going on underground that’s preventing canals from properly draining.  We don’t know how long that investigation will take, but we do know that it’s been two years since the Aug. 5 floods exposed a host of problems and issues with an old pump and drainage system that’s only getting older.

“It’s frustrating to see the amount of neglect throughout the years.  You just can’t place on just one mayor.  I’ve been here a year and a half, I’m just looking at the issues and attacking them head on,” Mayor Cantrell said.

To fix a problem though, you have to know what it is, where it’s located.  For 10 years, we didn’t know a car was stuck in a drainage canal in Mid-City until an inspection team recently found it.  That same team reportedly will head underground to take on the current dilemma.

Who knows what they’ll find, but as the mayor has said it’s not just the pumps.  It’s not just the turbines.  It’s the whole system. Fixing it will take a tremendous amount of money. Some of it may have to come from taxpayers. Before any fixes though, we have to know the true nature of the problems. It doesn’t seem we’re there yet.